Turns out it wasn’t just us who have been scratching our head about this latest departure from Presidential norms. What’s going on here?

What is up with Joe and Kamala spending so much time together?

With Joe passing off more and more of his Presidential responsibility to his Veep and other staffers right from Day One, this does nothing to dispel the notion of Joe being nothing more than a scarecrow the media propped up so they could parachute an understudy who didn’t even have enough popular support to last past Iowa into the highest office in the land.

Is Kamala being groomed as co-President?

Is Joe just waiting for an opportune moment to really do that thing he joked(?) about doing while he was on the campaign trail? Biden jokes ‘he’ll RESIGN and develop mystery disease’ if he ever argues with VP Kamala Harris

That WAS supposed to be a joke, right?

With Kamala handling solo phone calls with foreign leaders in the first month or so after taking up residence in the Oval office, people have been wondering who’s really calling the shots here?

Moments like this one aren’t helping that credibility or belief any that he’s really the one leading the current aministration.

Biden: “I wanted to yield to my Vice President, who’s smarter than I am” pic.twitter.com/6ZShs82YcA

More importantly, why have they blown off protocols about traveling together?

A charitable view of this would be ‘training an understudy’, a more cynical view would be that he is the empty suit Americans were given to vote on while the REAL ‘power behind the throne’ uses Joe’s aw-shucks persona as a screen behind which they could run an aggressive progressive agenda. We can debate all day long who’s really calling the shots, but we cannot avoid an obvious issue.

Joe and Kamala are traveling together. All the time.

They are flying together.

And showing up at events together.

“Vice President Harris and I just wrapped up a COVID-19 briefing. Tune in as I give an update on our response to the virus and the state of vaccinations.”

Kamala Harris is always following Biden around like a vulture circling her prey pic.twitter.com/JcCbLqETCe

This is a clear departure from security protocols for reasons that should be obvious.

After all, should something happen to BOTH of them, the world would suddenly wake up to the nightmare scenario of being stuck with THIS crackpot holding the nuclear football. 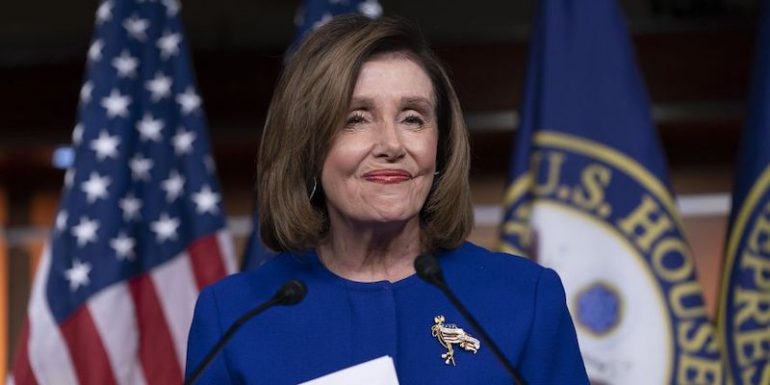 According to the New York Times, Biden hadn’t flown aboard Air Force One in over two decades before re-entering the White House, which spans his entire time as vice president.

“As President Barack Obama’s vice president, Mr. Biden was prohibited from flying on the Boeing VC-25 that is commonly known as Air Force One,” the Times said. “For security reasons, the vice president and the president never fly together. Air Force Two — the radio call sign for the vice president’s plane — is most often a Boeing 757, a smaller, much more cramped and much more modest plane.” –BeckerNews

Is Joe prepping us all for that ‘mystery disease’ he mentioned that will let him be ‘stunning and brave’ in handing off the Presidency to a woman with a socially awkward laugh who couldn’t even earn the confidence of her own political party?