If we had a legacy media that wasn’t firmly lodged in the back pocket (or backside) of the Biden White House, maybe THEY would be telling this story. Instead, our Senators are doing it themselves.

They’re getting paid $4-5000 a person to smuggle them into the country and… when they smuggle them in, the Biden administration releases them,” he said. —Hannity

Just don’t expect to see it on the evening news.

The ‘shadow immigration‘ or ‘shadow asylum‘ process we are seeing at the Southern border is making our legal border process not just secondary but irrelelvant as well.

Ted Cruz, Tom Cotton, and seventeen other Senators went to the US/Mexican border to see for themselves whether or not the ‘crisis’ description of the ‘border surge’ was hyperbole like the Biden and his press lackeys have assured us it was.

Ted Cruz gives a summary of what they are seeing on this visit, including detention facilities that are overrun, including one where nursing mothers housed in outdoor holding pens where they were sleeping on the floor and nursing their babies.

Sen. @tedcruz: “I’m down at the Texas border along with 18 senators. We made the trip to see the crisis that is playing out.” pic.twitter.com/zxNA1lXA3m

We encountered human traffickers & cartel members tonight, yelling at us across the Rio Grande and preparing to cross. #BidenBorderCrisis pic.twitter.com/yXl3AyUIPd 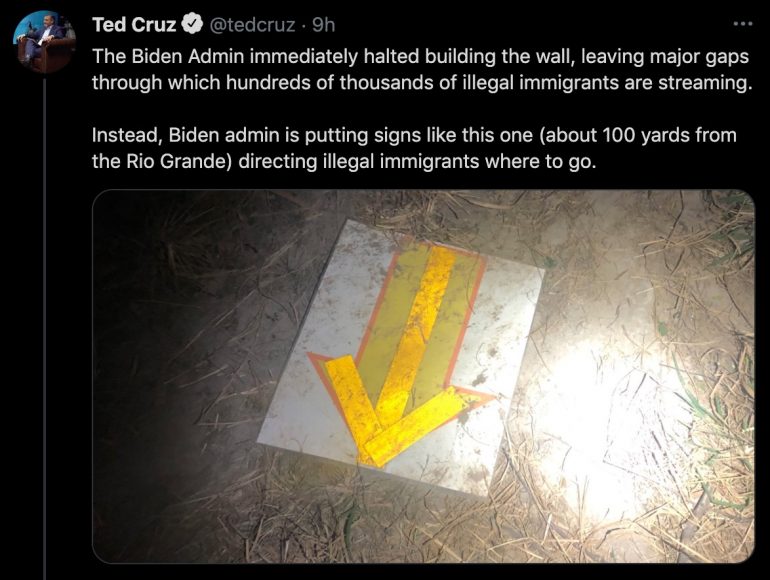 1:00AM on our southern border.

18 Senators are here with Border Patrol on their night shift.

We saw the massive influx of migrant crossings.

We were heckled by cartels.

This is a humanitarian crisis.

And Joe Biden needs to address it immediately. pic.twitter.com/7GfRb2cc1C

Smugglers and traffickers on the other side are flashing their lights, mocking the American people and mocking the border. There are actually signs on the ground to help people FIND the Border patrol, rather than evade them because they WANT to be found by Border patrol. They undrstand that Biden’s policies will NOT send them packing, but will welcome them, even if they have no legitimate asylum claims.

Smugglers and human traffickers are mocking the American people and our open border.

They know they can get in, and they will continue to come. pic.twitter.com/cSpf7cyq7C 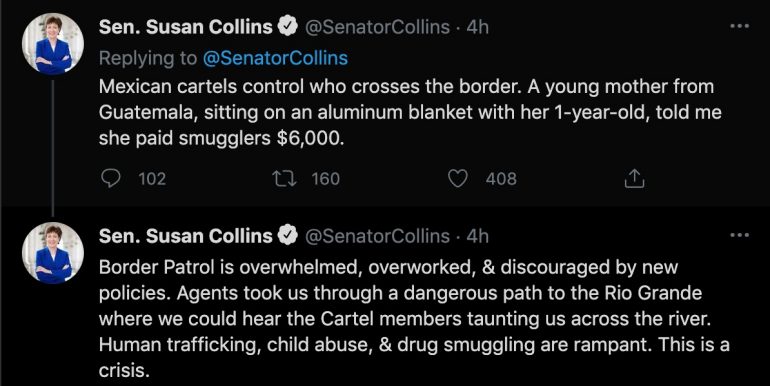 Does this massive income stream he is providing them mean Joe Biden gets to register the Mexican Drug Cartels as ‘dependants’ on his tax forms?