After all, you wouldn’t want anyone to die needlessly just because they believed the dangerous anti-scientific lie of ‘fat-is-beautiful’ body-positivity, would you?

The problem with holding to ideas that are grounded in ideology rather than truth is simple. Eventually, they have a tendency of disproving one another, and decisions need to be made when they come into conflict.

ClashDaily has long been reporting on how the ever-widening LGBTQ tent is creating unexpected tensions between the various groups. As just one example, for someone to be ‘bisexual’ is to affirm that there are only two genders. For some people, them’s fighting words. There are dozens of other examples like it.

Another such conflict has cropped up between two of the Democrat darlings.

CONTROL IN THE NAME OF THE GREATER GOOD

One is the heavy-handed government authoritarian streak alarmists have been able to condition a nation of sheeple in quietly accepting.

Because of that, we literally have supposed journalists coaching the Press Secretary to use Alinsky’s Rules for Radicals (Rule 13) to pick fights with Republican Governors who have had the GALL to stop threatening adults choosing not to wear a mask with fines or jail time.

The Rona is so very bad that it will kill us all, and we must comply with every decree for years and years and years to come so that we don’t die off like flies for the crime of noncompliance with our scientific betters who never, not ever, produce dubious scientific claims (Pay no attention to this one.)

It is verboten to tell someone that their choices are in any way ‘bad’. Their choices have become wrapped up in this new nebulous thing called ‘identity’ which means something different than it did in past generations.

Identity is something that it is so rooted and fundamental it cannot possibly be criticized (unless you belong to a group that can be freely condemned, like those damnable white cis-male heterosexal, Christian oppressors who should be drummed out of polite society and forced to live on an island…). Sorry about that. Got caught up in mocking the wokescolds… where was I?

Oh yes. Identity. One relative newcomer to the game of identity politics is the BodyPositivity Movement. 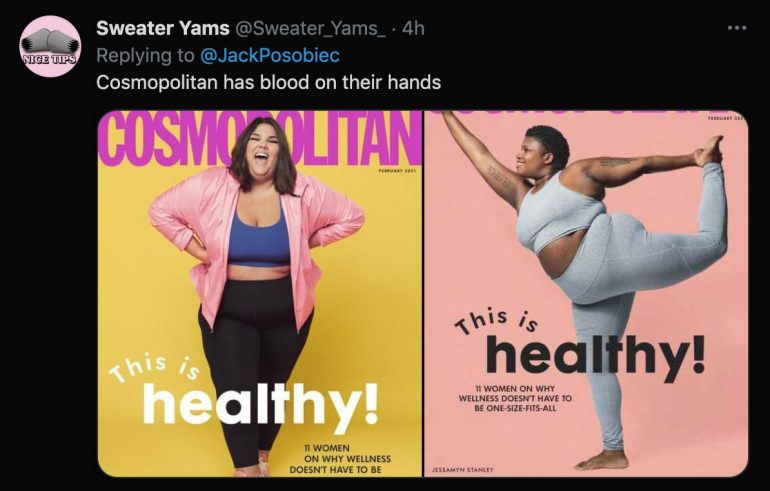 We are no longer allowed to speak ill of anyone who is heavy enough that they are at a significantly increased risk of a variety of diseases including heart disease and diabetes, even when treatment for those diseases results in a massive strain on our health care system.

Bowing to the social pressure of this movement, Sports Illustrated changed their swimsuit issue to include their ‘most body-positive’ swimsuit yet. 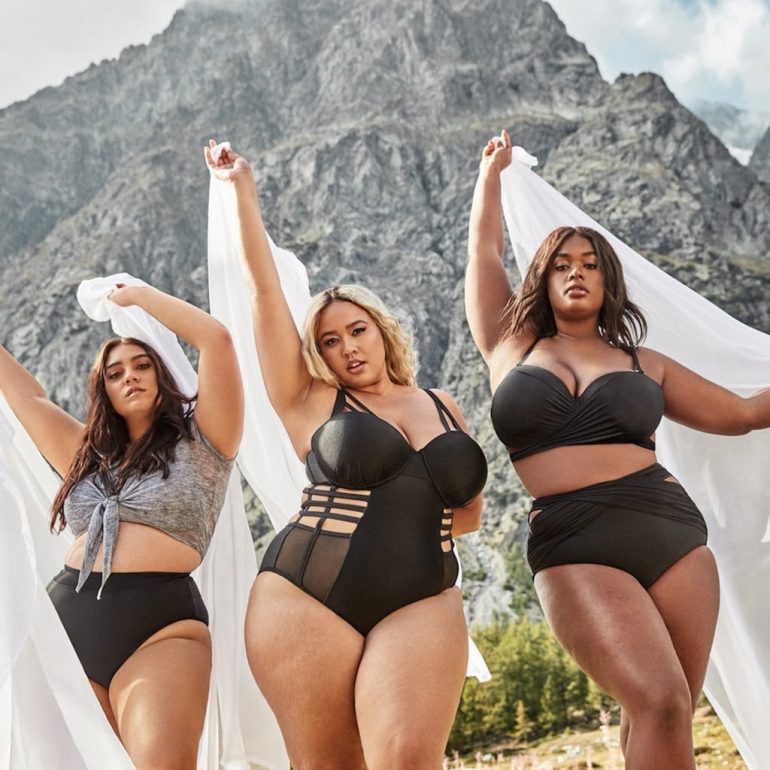 Then along comes a scientific study where these worlds collide…

The team examined mortality data from Johns Hopkins University (JHU) and the World Health Organization (WHO) and found that of 2.5 million Covid-19 deaths reported by the end of February, 2.2 million were in countries where more than half the population is overweight.

In an analysis of data and studies from more than 160 countries, the researchers found that Covid-19 mortality rates increased along with countries’ prevalence of obesity.

They note that the link persisted even after adjusting for age and national wealth.

The report found that every country where less than 40% of the population was overweight had a low Covid-19 death rate of no more than 10 people per 100,000. –CNN

We’ve come to a fork in the road.

Should the left embrace the body-positive identity politics people and tell the control freaks it’s none of their damned business what the risk factors for being 50 or 100 pounds overweight are?

Or should they embrace the do-it-for-your-own-good-or-else politics of people for whom the virus is like the Black Death, Smallpox, and the Spanish flu rolled up in one — only worse?

If the control freaks took the same approach to obesity as they have to mask use, we can only conculde they would force us all to have compulsory gym memberships and set Fitbit step goals for us… with stiff fines if we fail to hit our objective.

Frequent readers would know what our position is, right?

If we could all take responsiblity for our food choices and our health choices without some hall monitor breathing down our necks about forced compliance, that would be great.

At the same time, if someone we care about can’t see their feet? It isn’t a sign of ‘love’ to tell him that’s healthy.

No self-respecting doctor would encourage that. Nor should any decent friend.

But challinging someone you care about to care about themselves is a MUCH different situation than PM Boris whats-is-name from having the fear of God strike him after his own brush with COVID and insisting the rest of his country join in the weight loss program with him.