For those of you who’ve read the book the Leftists love to loathe, namely, The Bible, you know that King David went through more crap than Michael Moore’s colon. David’s brothers didn’t like him. King Saul sought to kill him and The Philistines weren’t big fans of his either.

Later in life, because of his sin of bumping uglies with Bathsheba and having her old man offed, his own kid sought to dethrone him as a consequence of David’s dalliance.

Suffice it to say that his ‘walk with God’ was messy.

David constantly needed God to bail him out and to come through in a big way with His supernatural power and boy howdy, did God ever show Himself mighty on David’s behalf!

In Psalm 92:10 David said, ” … You have exalted my horn like that of the wild ox; I have been anointed with fresh oil.”

King David said God made him akin to a … wild bull?

Yes, Dinky. David said God made him like a wild bull.

In light of Psalm 92:10, I’m starting a series of oil paintings depicting both ancient and current wild bovines as a homage to Ps.92:10 and a reminder to my clients that when you get into deep doo-doo, don’t curl up in the fetal position and wet your big Christian diaper. Call out to God and ask Him to make you like a wild bull that kicks demonic ass.

Here’s the first in my series of bold bovine. The original is sold but we have prints available. We print on luster paper, museum quality canvas, wood, and for all you metalheads, yes, we print on metal. We use only the finest materials and inks. Our prints range from small to wall-eating T-Rex behemoths. First-time customers get 20% off and free shipping. 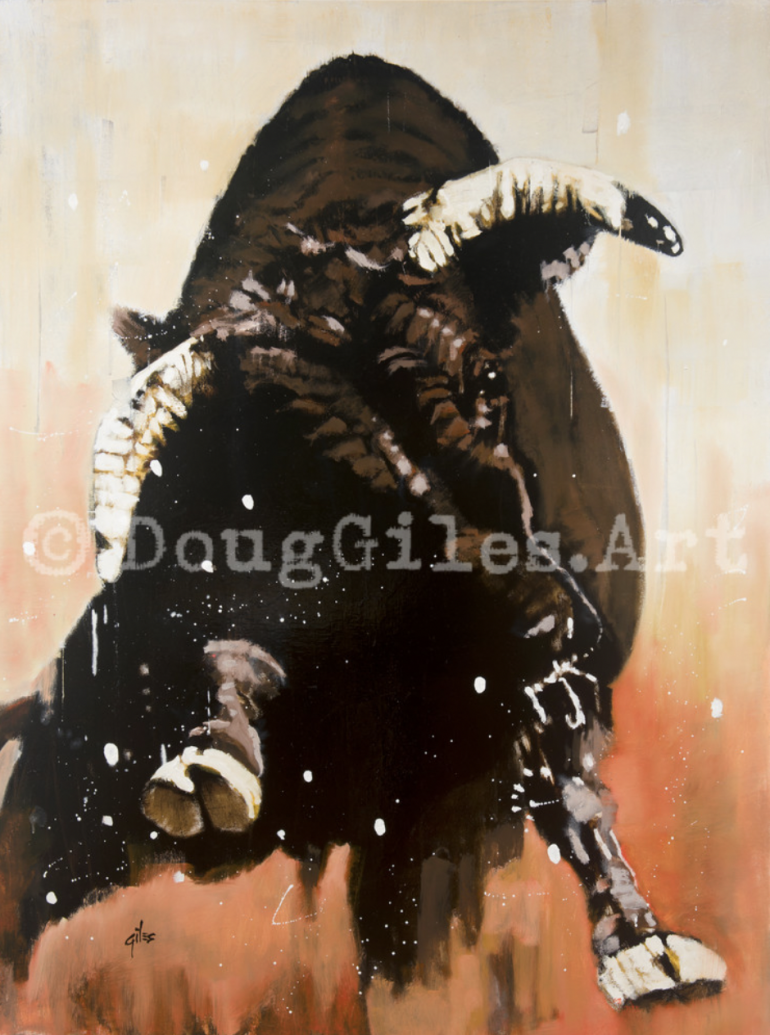 Check out how great this looks hanging on a wall. Boom! 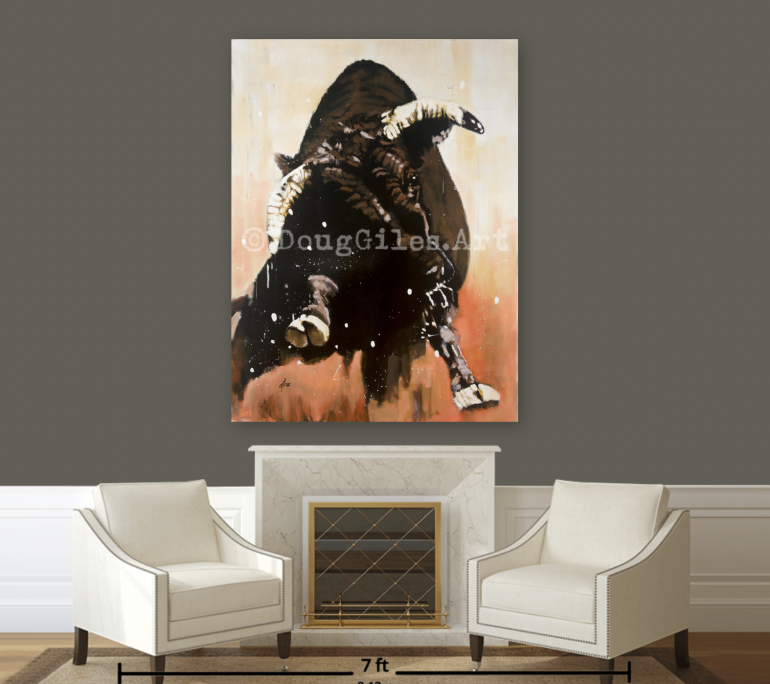 If life imitates art, get epic art.
* Please note your print will not have the DougGiles.art watermark on it.

Migrants who thought they could stay in U.S. ‘if we came with our kids’ filling up Mexico’s shelters
May 18th, 2021 Liberty Unyielding