The media on the left usually love stories like this … they can milk it for days. But don’t expect them to do that this time.

In Frederick, Maryland, a petty officer third class shot two victims (both of whom are navy) before getting shot dead himself as he blew through a checkpoint with a gun. His name was Fantahun Girma Woldesenbet.

At the time of this writing, both of his victims had been taken to hospital with potentially life-threatening injuries. One has been treated and was sent home, the other stayed overnight in the hospital, is expected to be discharged today. The shooter did not survive his encounter with authorities. 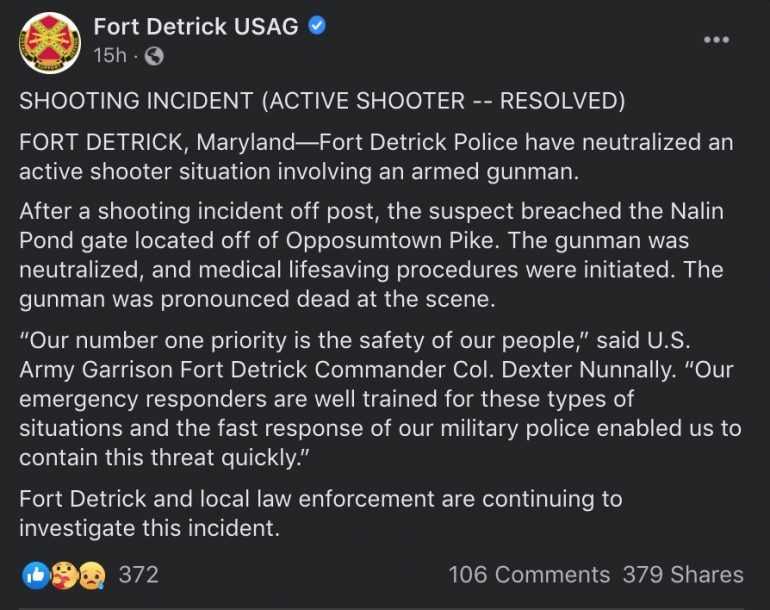 After a shooting incident off post, the suspect breached the Nalin Pond gate located off of Opposumtown Pike. The gunman was neutralized, and medical lifesaving procedures were initiated. The gunman was pronounced dead at the scene.

“Our number one priority is the safety of our people,” said U.S. Army Garrison Fort Detrick Commander Col. Dexter Nunnally. “Our emergency responders are well trained for these types of situations and the fast response of our military police enabled us to contain this threat quickly.”

Fort Detrick and local law enforcement are continuing to investigate this incident. 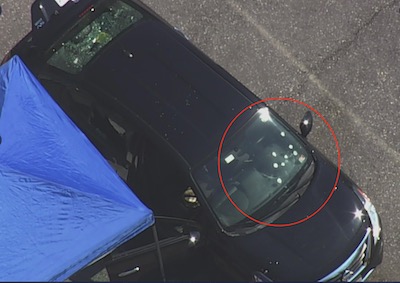 Authorities did not give any additional information about Woldesenbet or his relationship to the victims. They did not say what his job was in the navy or whether he knew the victims.

The victims, who were both adult males, suffered life-threatening injuries, law enforcement wrote in a joint press release. They were both active duty sailors assigned to Fort Detrick.

The attacker was married, 38 years old, going to school as a medical lab tech student. The motive is not yet known, nor is the nature of the relationship (if any) he may or may not have had with his victims.

But smart money says media interest in this story will die just as quickly as it did for the recent story about the killer who attacked the Capitol on Good Friday, leaving one cop dead, and another injured… and for similar reasons.

MEDIA BIAS: How Two Capitol Attacks Were Covered By The Press

When there’s an opportunity to connect an individual with a larger trend of domestic terrorism, the media are happy to do it — so long as they get to announce the killer is white. As you might guess by the name, this isn’t the case in this incident. No such connections to larger trends are made if the attacker is non-white, or even a white guy with left-leaning connections. The attacker belonging to a group that has explicitly called for acts of violence — say, Antifa, or Nation of Islam is often explicitly downplayed or even ignored if it cannot serve the larger narrative.

Other spinoff media story angles that might be generated by this event? Our prediction: calls for this or that anti-2a legislation, using mental health or some other angle… if they even mention it at all. 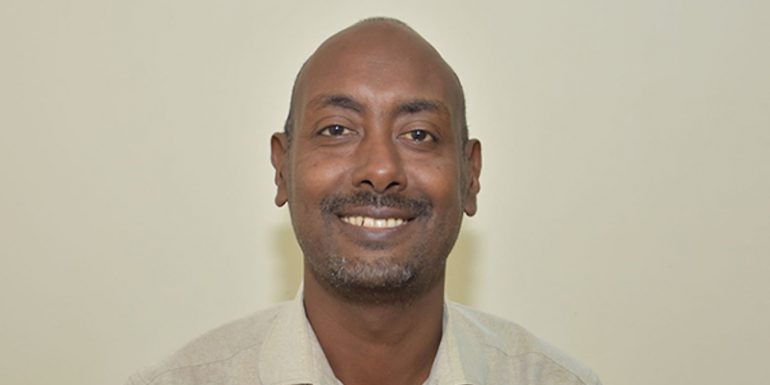 …they are just as likely to drop it completely and move on to the next opportune narrative.