It’s nice to see religious freedom getting a point in the ‘win’ column somewhere where few such wins can be found.

It all goes back to when Blackpool Council banned advertisements for an outdoor gospel event he was promoting called Lancashire Festival of Hope.

Activists agitated for having him shut down, because (gasp!) he defends traditional marriage. 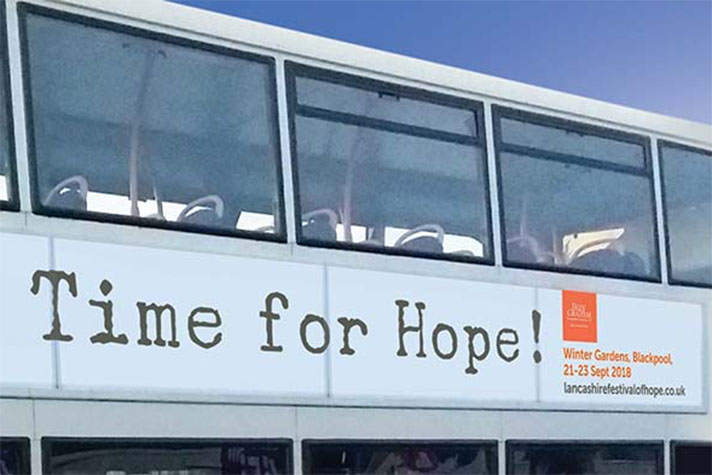 The decision had been in response to what the transportation company said was “customer and public feedback” expressing disapproval of Franklin Graham’s Biblical views about marriage and sexuality.

Yet the court found that the ads themselves were inoffensive—simply reading “Lancashire Festival of Hope with Franklin Graham–Time for Hope,” along with the date, venue and website for the event. Judge Evans wrote that the transportation company had a “wholesale disregard” for the Lancashire Festival of Hope’s right to freedom of expression, and had in fact violated the Equality Act 2010, which makes it unlawful to discriminate against someone because of religion or belief.

Evans noted that sincerely held traditional religious beliefs about marriage, which are characteristic of Christians and other religions, does not make the individuals or organizations who hold them “extremist.”-DecisionMagazine

Activists may not have LIKED Graham’s views about traditional marriage, but that doesn’t give anyone a right to discriminate someone because of them.

Graham has a right to freedom of expression, Evans wrote, “and the role of the court is not to enquire into the validity of differing religious views, or to give preference to some over others.

“All religions and beliefs are characteristics protected by law,” according to the judge. “The domestic courts and the European Court of Human Rights have consistently affirmed that a pluralistic tolerant society allows for the expression of many different and sometimes diametrically opposed beliefs.” –CharlotteObserver