Ask yourself, which of these did I hear more about this weekend? The senseless attack that killed a cop this past Friday? Or references to an event that happened about three months ago?

There is a curious silence about the deadly attack by a Farrakhan devotee immediately after the attack by the same media who can milk a story that fits a preferred narrative for literally months or years.

Even in a passing reference to a completely unrelated topic, Brian Stelter and Jim Acosta found a way to squeeze in talking points about January 6th on Easter Sunday. It is their new upgrade from their equally dishonest Charlottesville narrative, but more useful to them because they can work more mischief through it — de-platforming Republicans, silencing dissent, making it almost impossible to organize protests during a period of radical political and social change.

But however tightly they hold to that narrative — so that it will be indelibly burned into the public’s collective consciousness — it is every bit as much the Big Lie as the one they are trying to tell about Trump, Hawley, Cruz and others attempting to ‘steal’ the election, and (ironically) calling it ‘the Big Lie’… literally borrowing from the Third Reich’s playbook in smearing and delegitimizing their political enemies with almost exactly the same tactic used as part of Hitlers’ rise to permanent power.

But as time goes by, and the dust settles, we are learning a few things about the events. For one thing, we still don’t know who planted the pipe bombs or what group (if any) they were affiliated with… those bombs were planted the night before.

Much has been said about how it cannot be claimed that Trump incited the events if they were already planned weeks in advance (and Parler had alerted the FBI more than 50 times with credible threats, dating as far back as Dec 24).

We might also point out that we have no evidence of any of the life lost that day being due to a direct act of specific hostile intent, except for the one instance of an unarmed woman being shot dead by an as-yet-unnamed police officer. Even Officer Swetnick, who was originally held up as a martyr for having been beaten to death by a mob, showed no signs of the kind of injuries the news had reported.

Of the people who were charged in the incident, it is becoming clear that the majority of those charged for their involvement took no hostile or destructive actions at all, and are being — at most — charged with trespassing.

Even their ‘zip tie guy’ story was bogus. The zip ties were picked up by a participant who saw that authorities had left zip ties behind in their rush to the exits. He did bring them in with evil intent. Quite the opposite. He was keeping them from falling into the wrong hands.

The supposed ‘insurrection’ that included some agitators bringing things like kevlar and gas masks didn’t even have a single firearm confiscated.

To recap, no deadly intent and mostly minor infractions. But we’re sure to keep hearing about this from hostile media types for however long they can use it to whip up anti-Republican outrage.

Let’s contrast that to the Farrakhan supporter’s attack on DC.

On Good Friday, and about 1pm, there was a murderous attack on the Capitol. There is no question there was murderous intent. He rammed two police with his car, grabbed his knife and kept coming until police shot him dead.

The usual voices on the Left were getting excited to report another story about a rampaging white domestic terrorist, we published some screenshots, but their tone changed pretty quickly when it became clear this was NOT the kind of attacker they were hoping they could use to flog the political right and demonize evil white men some more.

That was included among other details with our initial reporting of the event. BREAKING: Car & Knife Attack On Capitol Hill Leaves Attacker & One Cop Dead

It turned out he was not an angry Trump supporter — he was a devout follower of Farrakhan. 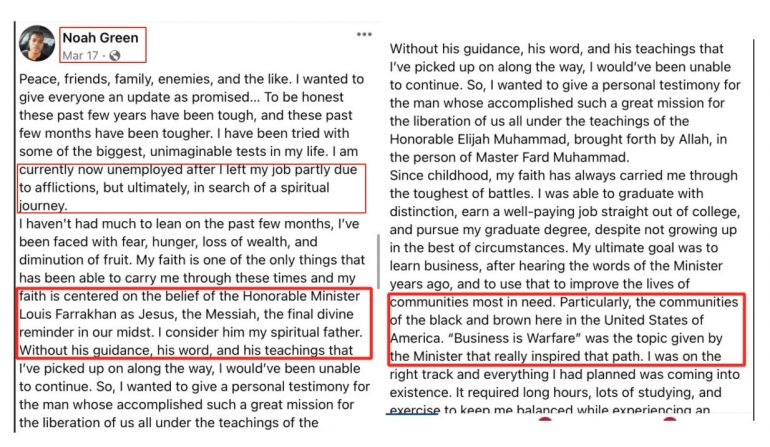 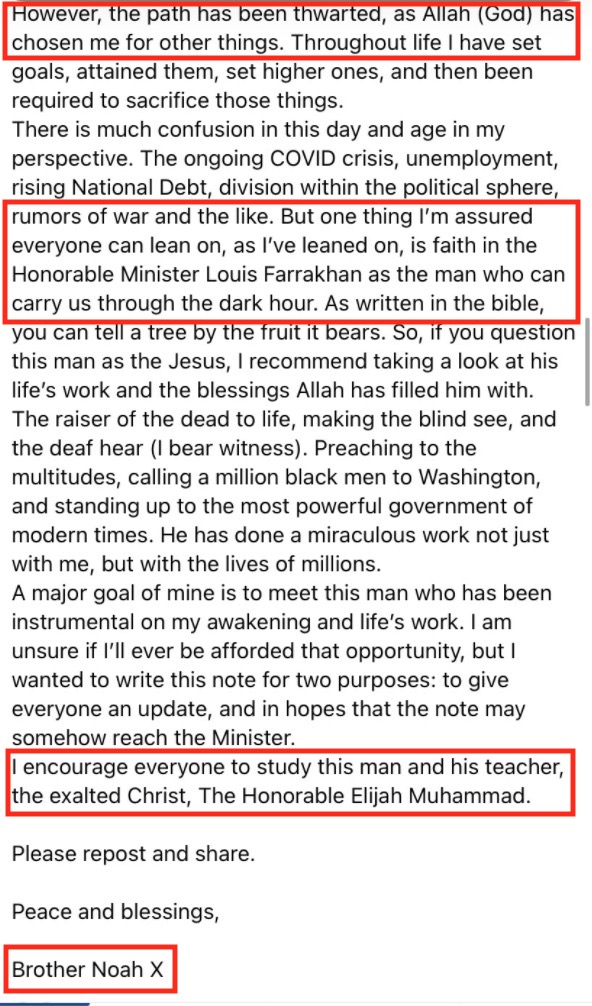 His freaking social media bios said ‘Follower of Farrakhan on them. 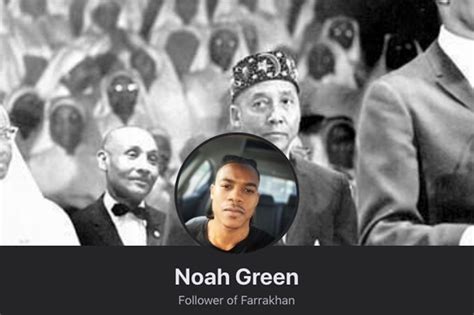 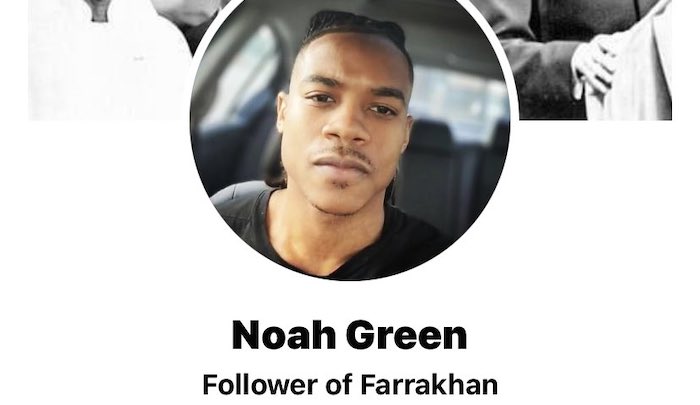 In a post written just a couple of weeks ago, he described a ‘spiritual journey’, the path being thwarted as Allah chose other things for him, described as sacrifice, and on multiple occasions in one post gave effusive praise of the man Farrakhan, before signing his name with the ‘X’ after it.

This same man was shot dead by police a couple of weeks later after using his sedan to kill one cop and injure another at the Capitol, in his attempt to drive through a checkpoint at the Capitol. When he stepped out of his car, he approached with a long knife in his hand, and police shot him dead.

Democrats and the press breathlessly try to link Trump to violence at the Capitol.

But even left-wing apologists at SNOPES were forced to admit that Farrakhan — a figure who has been photographed with the Congressional Black Congress, with Obama, and with more than a few Democrats – even conveniently cut out of the frame where he attended as a guest of honor at a funeral, sitting next to some prominent Democrats. Media(D) Crops Out Louis Farrakhan From Photo At Aretha Franklin’s Funeral — has openly made calls for violence.

Scratch that. He called for those 10,000 people to mobilize and to KILL.

Farrakhan has named the government as the enemy.

Farrakhan has called for killings.

And the media memory-holed this story almost the minute it came out that this guy was a non-white devout follower of Farrakhan.

He has personally committed more deliberate acts of potentially-lethal violence against our government and the brave souls defending it than the entirety of those participating in the January 6th foolishness. But THIS has already been swept under the rug.