Not only has Project Veritas exposed dishonest practices of both the corrupt media and Big Tech, but now they have what they need to hit them with a defamation suit.

The reports earlier today focussed on the fact that James O’Keefe would be bringing suit against CNN, and they are. But that’s not all he’s doing.

“Ana Cabrera is the host that lied about us and said that we were taken down for, she mentioned misinformation, that’s just simply not so,” O’Keefe said. “Actual malice is the standard in the United States, we believe we can win against CNN so … I’m announcing on your show, I’m going to sue CNN for defamation.” —FoxNews

In fact, he figures ‘a lot of people’ should be doing the same thing.

“The tyranny of Twitter who lied with malice about me, and admitted misinformation from CNN where they admitted they were propaganda, that we exposed this week—nothing can change The fundamentals. There is only one truth. And Millions see this for what it is—tyranny backed by extraordinary wealth, power. We will win. Indeed, we cannot lose. Thank you, Twitter, for giving us this opportunity for discovery into your operations, and to inspire hundreds, thousands, millions to follow.”

Twitter justified the suspension by saying that O’Keefe had violated Twitter rules on “platform manipulation and spam,” O’Keefe said, in particular, the section: “You can’t mislead others on Twitter by operating fake accounts,” and “you can’t artificially amplify or disrupt conversations through the use of multiple accounts.” 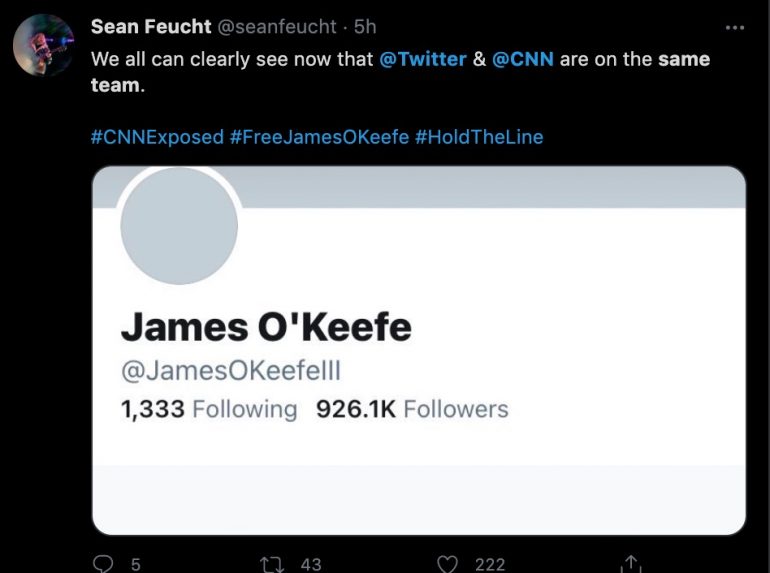 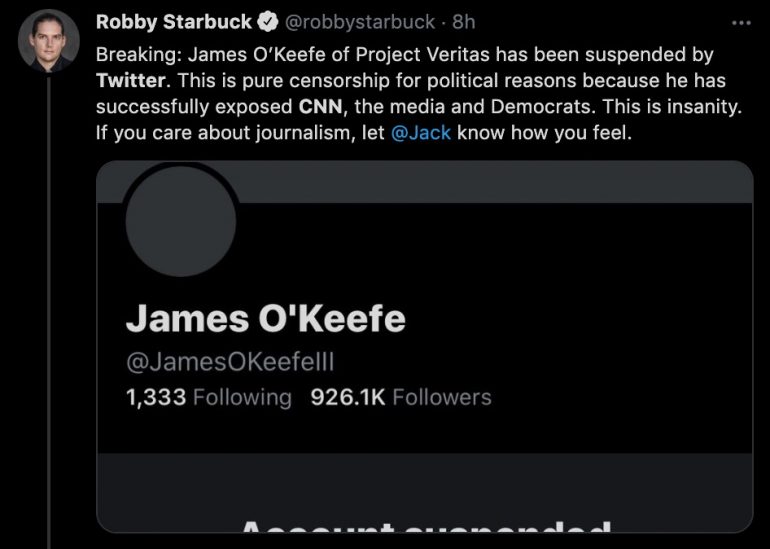 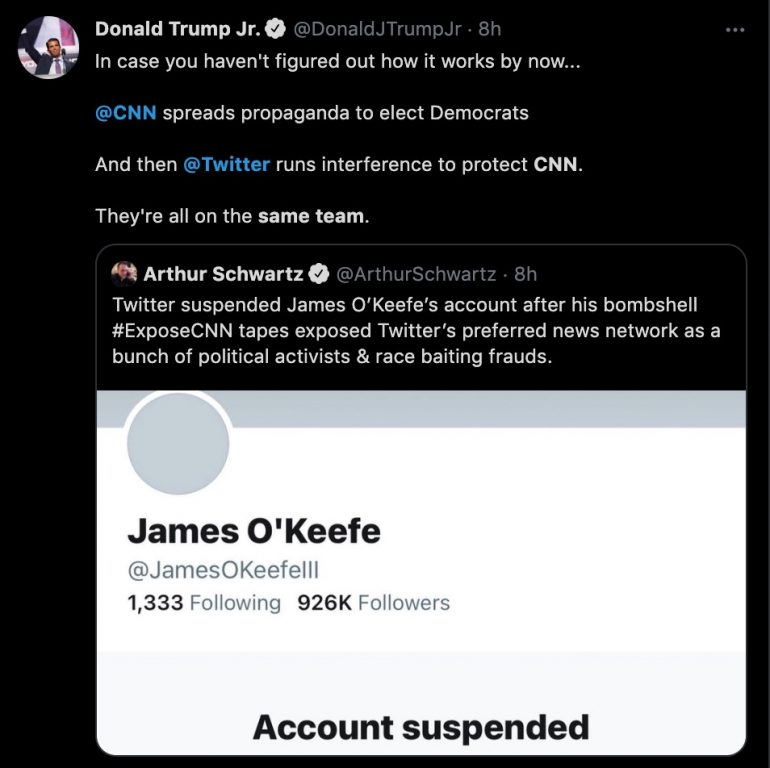