Last week, an interaction between a student and his prof about whether cops deserved to be looked at as heroes went viral.

Spoiler alert: the aggressively leftist professor had absolutely nothing positive to say about policing and regurgitated all of the fashionable talking points about systemic racism etc.

She was so invested in her position that this ‘communication prof’ couldn’t bear to let her student, Braden Ellis, complete a sentence without jumping down his throat for wrong-think each time he dared disagree with her broad-brush assertion that the institution itself is, apparently, hopelessly corrupt and beyond saving.

She was particularly exercised by the idea that *gasp* police might be portrayed as heroes in children’s television.

This is a tacit admission that professors are now officially seeing our media as propaganda channels by which the ‘right’ ideas can be fed to the citizens, so long as dangerously ‘wrong’ ideas like the heroic policemen are carefully curated OUT the content.

Hell of a position as we approach the 20th Anniversary of 9/11, don’t you think, where ‘some people did some thing’.

Now that same student has weighed in on what we need to do about aggressive woke-ness in the school system.

In an interview with the New York Post, Ellis said he was standing up against university staff who had a ‘hatred towards our country’.

‘Liberal ideology is bad right now and people need to expose it and fight back — with gentleness and respect,’ he told The Post.

He said if he and people like him don’t ‘fight back’, liberal ideology in colleges will be even worse in 10 years.

‘It would be pure hatred,’ Ellis said.

Ellis said there were other university staff who were equally as ‘bad’ as the professor he argued with in the tape.

‘These teachers just spew divisiveness and hatred toward our country,’ he told The Post. —DailyMail

What kind of dangerous disinformation are students getting in college?

In this one, anyway, they are getting information that fly in the face of known facts and will cause a credulous student to hesitate before calling 9-1-1 in an emergency.

When the student asked his professor whether she would call police in an emergency, she claimed she wouldn’t call law enforcement because she doesn’t trust them.

‘My life’s more in danger in their presence… I wouldn’t call anybody,’ she said.

When Ellis questioned what she would do if an intruder came into her home, the professor said the class was over.

‘I know it’s not popular for me to say that to you guys but that’s what I believe about the police,’ Ellis told his professor and classmates before the class ended.

What prompted this aggressively anti-police conversation? It sprang out of the simple question of whether it was appropriate for young children to watch a television show featuring dogs in the roles of the very same rescue professions that we once held in high honor. 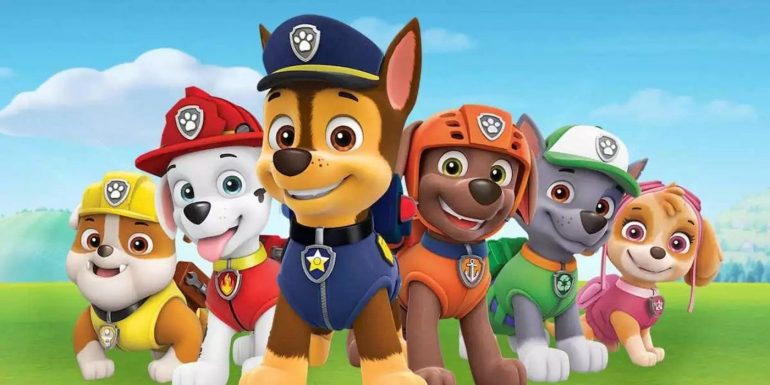 Oooh. Scary. We mustn’t have children looking up to firemen and police as heroes. You might accidentally inspire classical virtues like courage and honor.

How messed up is it that we live in a culture that freaks out at the notion of a cartoon cop, but doesn’t bat an eye at a costumed ten-year-old twerking for dollar bills late into the night at seedy clubs?

We’re already seeing the fruit of this large-scale demonization of police. Big city cops are quitting by the hundreds, and crime is skyrocketing.

“This data confirms that in places where law enforcement saw the most resistance from community leaders and calls for less policing, we saw more homicides,” LELDF president Jason Johnson said in a prepared statement provided to Fox News. “Progressive prosecutors made it clear that making arrests for drug and weapons crimes that will go unprosecuted only exposes officers to the risk of disciplinary action, lawsuits and criminal prosecution. So, to mitigate that risk, police took a more passive approach.” —FoxNews

Ideas have consequences, including the bad ones.

And if we don’t start pushing back against them, those bad ideas will be driving our policy and shaping our culture.

This student took a stand, and the College backed him.

‘Cypress College takes great pride in fostering a learning environment for students where ideas and opinions are exchanged as a vital piece of the educational journey,’ the statement read.

‘Our community fully embraces this culture; students often defend one another’s rights to express themselves freely, even when opinions differ. Any efforts to suppress free and respectful expression on our campus will not be tolerated.

…’The adjunct professor will be taking a leave of absence for the duration of her assignment at Cypress College. This was her first course at Cypress and she had previously indicated her intention to not return in the fall.

‘We are reviewing the full recording of the exchange between the adjunct professor and the student and will address it fully in the coming days.’ —FoxNews

People have taken a bold stand before, and seen a change. We can do it again.

Here are some shining examples of those who’ve done pulled that off in days gone by. It seemed hopeless in their day, but God came through for them. Let’s all take a page or two from their courageous example.