Not if you have a “D” after your name.

If she had been a Republican, there would be calls to repeal the 8th Amendment in order to enact cruel and unusual punishment on her.

On Thursday, the Twitter account for the Speaker of the House posted a message to “say hey” to legendary baseball player Willie Mays in honor of his 90th birthday.

The problem was that she included a photo of herself with Mays’s San Francisco Giants teammate and fellow Hall of Famer, Willie McCovey, who died at the age of 80 in October 2018. 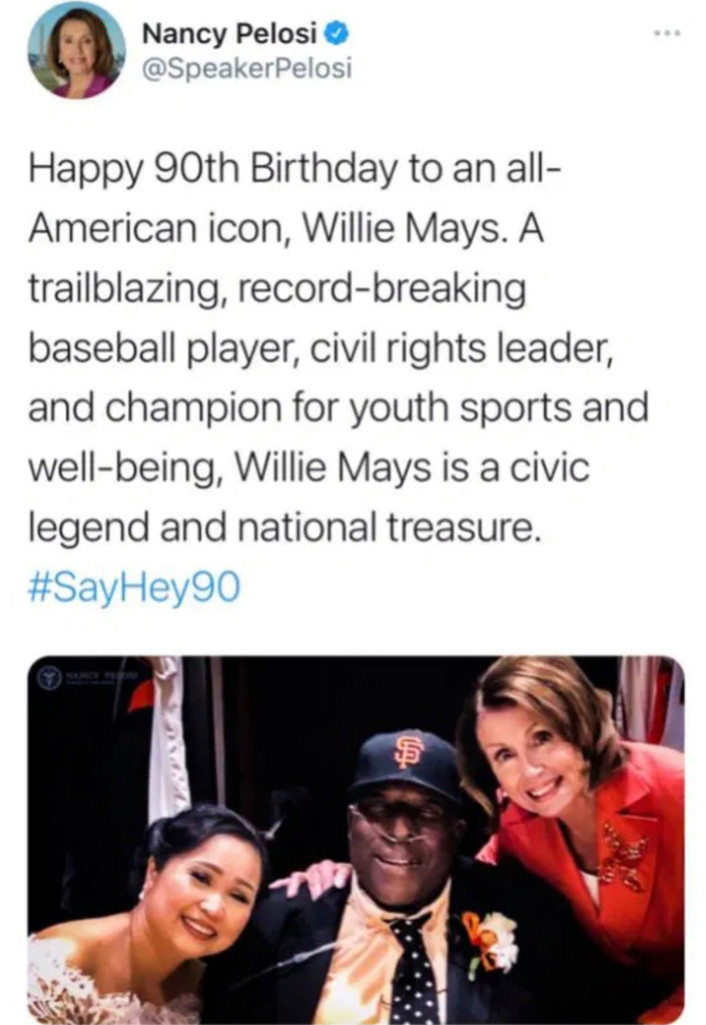 Here is the new tweet with exactly the same text and a photo of Willie Mays: 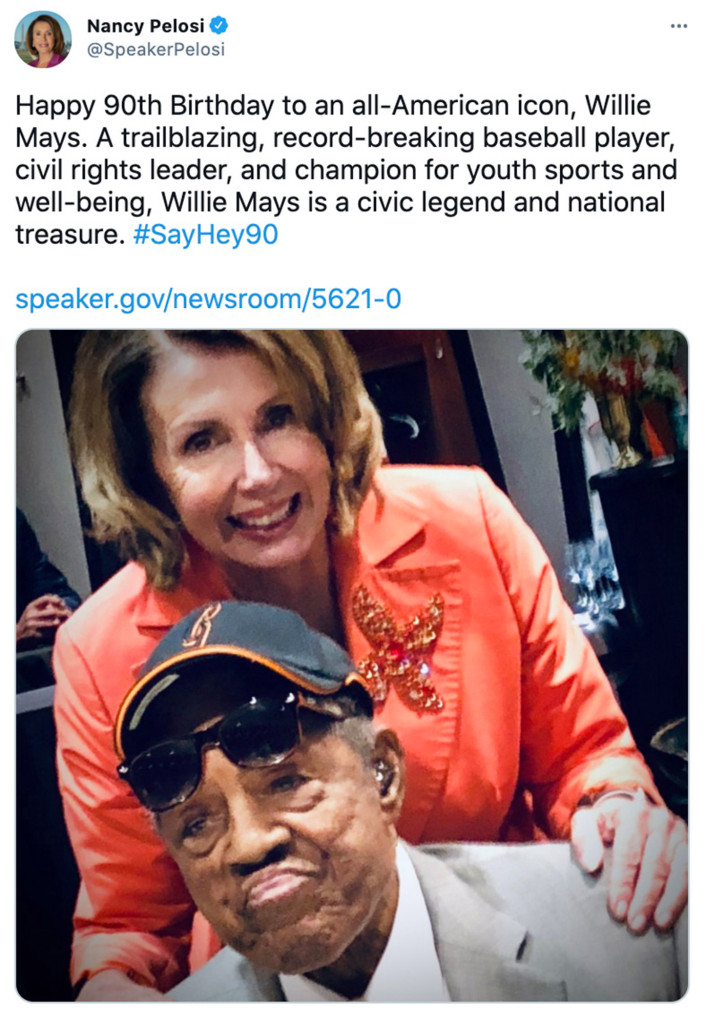 It’s not clear how long the incorrect tweet was up before it was replaced, but Pelosi’s office was quick to blame a staff member for the screw-up.

‘A staffer inadvertently selected the wrong photo for the tweet,’ a statement to KCBS Radio read.

‘The photo we wanted to use was of the Speaker and Willie Mays at Willie McCovey’s August 2018 wedding. The quickly deleted photo was the wrong photo from the right wedding. We apologize for the error.’
Source: Daily Mail

It’s being chalked up to a simple mistake, but it’s a very embarrassing one, and it shouldn’t get swept under the rug. It’s a big deal — Pelosi’s district includes San Francisco and she’s been the representative since the early 1980s. It’s an egregious error for a politician.

It’s pretty clear that 81-year old Nancy Pelosi doesn’t personally vet every single tweet that goes out. She’s probably hired some young, hip, wokescold who has no idea who Willie Mays is to handle her social media campaign, but this individual should know how to perform a simple image search before the photo was posted if they couldn’t confirm with Pelosi which was the correct photo. It’s the least that they could do to avoid embarrassing one of the most powerful politicians in the country. It’s especially embarrassing since both photos were taken at the same event…the wedding of Willie McCovey.

Ultimately, Nancy Pelosi is responsible for every single thing that is posted online in her name, and she needs to address this properly. Does she think that all black men look the same? Does her social media staff think that…or are they just lazy and stupid?

But let’s not let it get lost that this was the 90th birthday of a legendary athlete and an inspiration to so many kids of all races.

Say what you want about Dubya now, but years ago he said, “I never dreamed about being President, I wanted to be Willie Mays.”

Mays is still an inspiration, and he deserved a better “honor” than the one he was given by the Speaker’s awful tweet.