Since the current administration has entirely neglected their responsibilities, States are starting to step up and protect the interests that were supposed to be defended by the feds.

Joe and Kamala don’t seem to care very much about the suffering their incentivized illegal border crossings policy has caused. People are suffering on both sides of the border. (But not to worry. The media style books tell us it’s officially ‘not a crisis’. They would never get a story wrong, would they?)

Hundreds of thousands of people have been pushed over the border into America, turning every American town into a de facto border town.

This massive illegal influx over the border has the serious consequence of enriching the criminal cartels along the way and making victims and indentured servants (read: slaves) of every border crosser they ‘help’ along the way. They will be indebted to criminal organizations who can make goods on threats to murder friends or family ‘back home’ (which could be in any one of dozens of countries these global cartels have tendrils into).

This enormous winfall for the crime syndicates in Mexico destabilizes law, order, and democracy on the SOUTH side of the border, empowering an already Military-Grade criminal organization to threaten Mexican civilians, police, and governments with relative impunity. This politically destabilizes not just a sovereign country, but a neighbor and significant trade partner.

As if that wasn’t bad enough, there’s more.

How about the insane number of rapes perpetrated on would-be border crossers, including pre-teen girls and boys? Or the child abandonment and endangerment? Or American fentanyl deaths, and the other drug trafficking? Or the insane impact all of this illegal traffic has upon the citizens in border towns?

For all of this, Jen Psaki wears her smug little grin any time this topic comes up, pretending the White House holds some kind of a moral high ground on the issue. 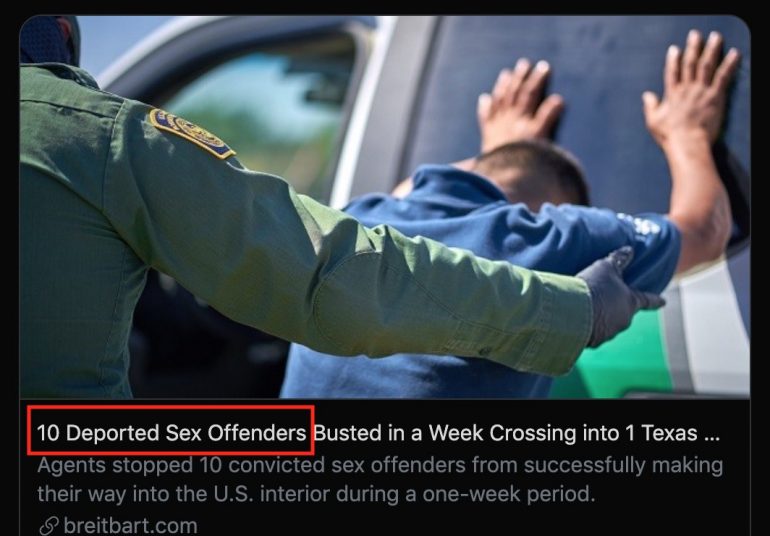 Texas is through with waiting for Joe and Kamala to do their duty in protecting American interests.

The disaster declaration was part of it:

Governor Greg Abbott today issued a disaster declaration along Texas’ southern border in response to the border crisis, providing more resources and strategies to combat the ongoing influx of unlawful immigrants. The Governor is authorizing the use of all necessary and available state and local resources to protect landowners in these counties from trespassers and the damage they cause to private property. The Governor has also directed the Texas Department of Public Safety to enforce all federal and state criminal laws, including criminal trespassing, smuggling, and human trafficking. The Governor directed the Texas Health and Human Services Commission to take all necessary steps to discontinue state licensure of any child care facility under a contract with the federal government that shelters or detains unlawful immigrants.

Additionally, the Governor directed the Texas Commission on Jail Standards and the Texas Commission on Law Enforcement to work with Texas counties to provide appropriate guidance and request any necessary waivers in order to give counties the flexibility needed to establish adequate alternative detention facilities or otherwise add or expand capacity. The Governor also directed these agencies to streamline procedures for licensing and transfers, and to address any staffing issues that may arise in expanding capacity.

“President Biden’s open-border policies have paved the way for dangerous gangs and cartels, human traffickers, and deadly drugs like fentanyl to pour into our communities,” said Governor Abbott. “Meanwhile, landowners along the border are seeing their property damaged and vandalized on a daily basis while the Biden Administration does nothing to protect them. Texas continues to step up to confront the border crisis in the federal government’s absence, but more must be done. By declaring a state of disaster in these counties, Texas will have more resources and strategies at our disposal to protect landowners and enforce all federal and state laws to combat criminal activities stemming from the border crisis. Working together with local law enforcement, the state will continue to take robust and meaningful action to keep our communities safe.”

Texas has stepped up to do Biden’s job at the border.

Now, TX is about to take action that no state has ever taken to crack down on anybody crossing the border.

It all comes down to a failure of leadership.

Day 3 at the Border- I’m with the @TxDPS receiving a tour of the Rio Grande and the work they’re doing protecting the border.

But they need help, the men & women of Texas DPS are overwhelmed and need personnel, funding & most importantly- leadership from Washington DC. pic.twitter.com/vn2LYp5hNy

Is the state of the border really as bad as we’ve made it sound here?

No, actually. It’s worse. Much worse.

Don’t take our word for it. Hear it from someone who’s been right there on the front lines. These aren’t your run-of-the-mill criminal organizations anymore. Slavery, he calls it.