China’s CYA project has been evident for as long as anyone has been paying attention. And there are only two sensible explanations.

Democrats have been hellbent on hanging the albatross of the pandemic squarely around Trump’s neck for the past year and change, and anyone asking questions about whether Xi’s totalitarian party had any ownership of the guilt was immediately accused of racism.

Now, a year later, the lab leak theory is no longer a fringe possibility, but increasingly likely.

Wayne Allyn Root was among the people raising this question way back in March of 2020. Now he’s running an article in which he’s asking if his other prediction was right.

What was his other prediction? Here’s how he framed the stark options we’re left to contemplate if ground zero of this virus is traced back to the laboratory.

In my opinion, there are only two possibilities for why and how this pandemic happened. Either way, China is guilty of the worst acts of mass murder since Hitler, Stalin and China’s Mao Zedong.

Sound too harsh? Before you answer, think about how many people have died of this virus, especially in light of the vaccine patent China’s military scientist was registering in February of 2020. CCP Scientist (Now Dead) Filed COVID Vaccine Patent In February 2020 — Worked Closely With ‘Bat Lady’

Remember to use the global number which, however imperfectly calculated worldwide, is currently pegged somewhere north of 3.5 million.

That kind of a bodycount really does put responsible parties among the rarified air of the truly elite-level moral monsters of the 20th century. Multiple millions of deaths puts them alongside names like Hitler, Stalin and Mao Zedong.

Wayne goes on to make the case that the only options left on the menu are incompetence and malice. Actually, he lays out the options in even stronger terms than that. Either a malicious response to their own gross incompetence, or a deliberate act of war.

Explanation One, if a manufactured bioweapon WAS inadvertently unleashed, that by itself does not account for the failure to warn the rest of the world, or the closure of Wuhan to other domestic airports but not to international destinations. Or the expulsion of journalists, arrest of whistleblowers, destruction of evidence… and the development of a vaccine while assuring the rest of the world that human-to-human transmission was not a significant concern.

For historical reference, here’s some perspective that China’s defenders would rather we forgot about. 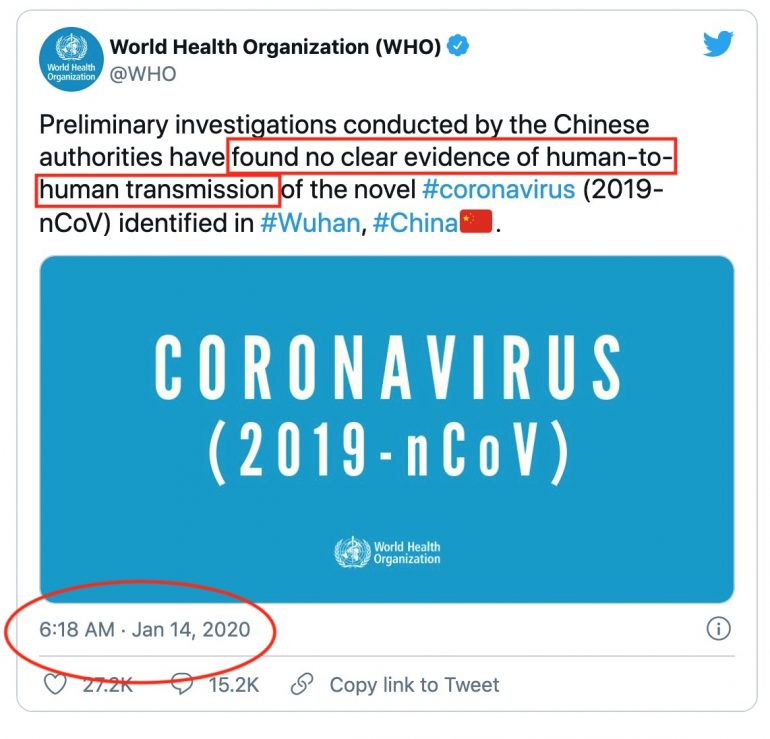 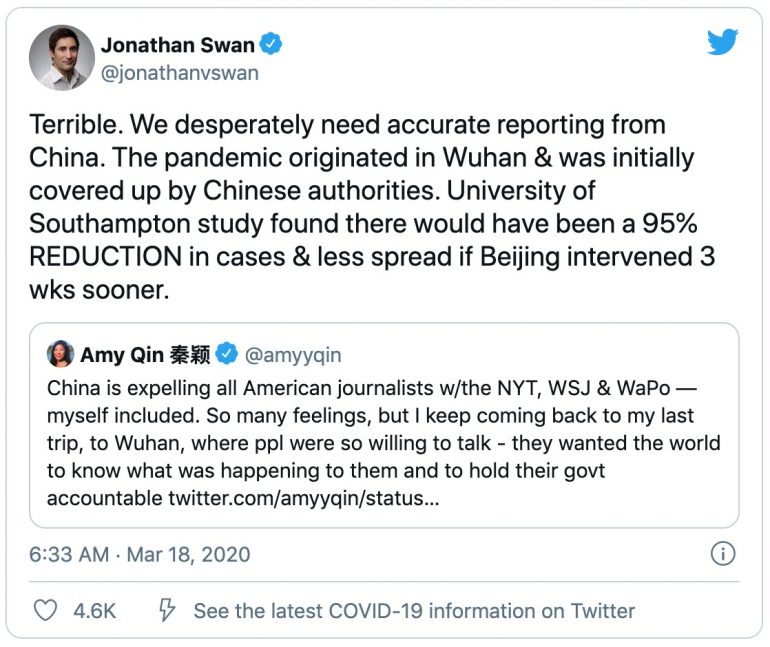 And that explanation is the one that gives China the benefit of the doubt.

Explanation Two. The other option still on the table is that the pandemic itself was a deliberate act of war. Could the pandemic itself had been released as a strategic response to Trump’s effective trade policies having put up an effective roadblock againt the CCP’s ambitious plan of finally overtaking their only real adversary to a push for global supremacy?

It’s a tough idea for our Western thinking to wrap itself around. Here is how he came to that conclusion, based on the timing he observes, including how it was crucial in flipping an election in Biden’s favor

This pandemic just happened to wipe out Trump’s economy — the greatest economy in modern history. Overnight, America went from prosperity to what amounted to a Great Depression. The stock market collapsed. Millions of small businesses were closed. Millions of Americans lost their jobs and a large portion of their life savings. We added trillions in debt to prop up the economy with stimulus, bailouts and welfare.

Many of the structural problems from the pandemic remain. Supply chains are destroyed. Hyperinflation is here. The price of gas, food, homes and ammo is through the roof. The middle class is decimated. America’s famous work ethic has been destroyed. We have a massive worker shortage.

Under Trump, we had reestablished our economic dominance in the world. Now it’s all reversed. Guess who’s back in the driver’s seat.

The China flu pandemic changed everything. It allowed Democrats to cheat and steal a presidential election. Suddenly, Biden was president, a man I believe is owned lock, stock and barrel by the Chinese Communist Party. During his first week as president, Biden showed his cards by signing a memorandum condemning the use of phrases like “Wuhan virus.” Really?

His explanation continues, highlighting shifts made since Biden took office that have weakened the US position, and strengthened China’s.

What do you think accounts for the pandemic’s origin? Was China trying to change the balance of power back in their favor so that someone who DOESN’T have the cojones to stand up to Xi is across ?