Kamala hasn’t yet taken a trip to the border to see first-hand the mess her boss has made and then thrown in her lap. Instead, she’s gone to Guatemala.

The rationale is simple. Claim that the illegal immigration problem that is now setting records wasn’t a problem in the Obama/Biden years and that the only reason people are coming is due to certain US aid to Central America being cut.

Of course, none of that claim matches the data we have to measure the known variables… including illegal immigration going WAY down because of the policies that Joe went out of his way to overturn in his first days in office because he wanted to ENCOURAGE illegal entry into the US. We’ve covered Palmieri’s leaked memo plenty of times in the past explaining how illegal immigration was critical to Democrats plan to have political power into the future.

The link is there for anyone who’s forgotten.

Kamala went to Guatemala to tell people not to come to America, that they would be ‘turned back’, and that America’s borders would be enforced. She even put on a fake accent for when she was pronouncing the word ‘coyotes’ at the end of the clip… because Democrats love appropriating accents for some reason.

NEW – Kamala Harris to Guatemala migrants: "Do not come!"pic.twitter.com/3H66RwM6ih

That was cringe-inducing, and probably not a soul in the room believed her, because any of us can turn on the news, or our favorite internet apps and see crowds of people streaming over the border with impunity.

She’s right about the ‘coyotes’ part, but if she really wanted to drive the point home, she might want to mention the risk of their daughters (or even sons) being raped by the cartels… about having relatives lives back home held at ransom if they didn’t do whatever the cartels wanted. And there are some fates even worse than those. Sex Slavery On The Southern Border (Language Warning)

But that wasn’t the only part of the trip people were talking about. Kamala gave out cookies. Not just ANY kind of cookies. The kind of cookies she knew the press would be dying to receive.

There was a slight problem with the cookie though. See if you can spot it. 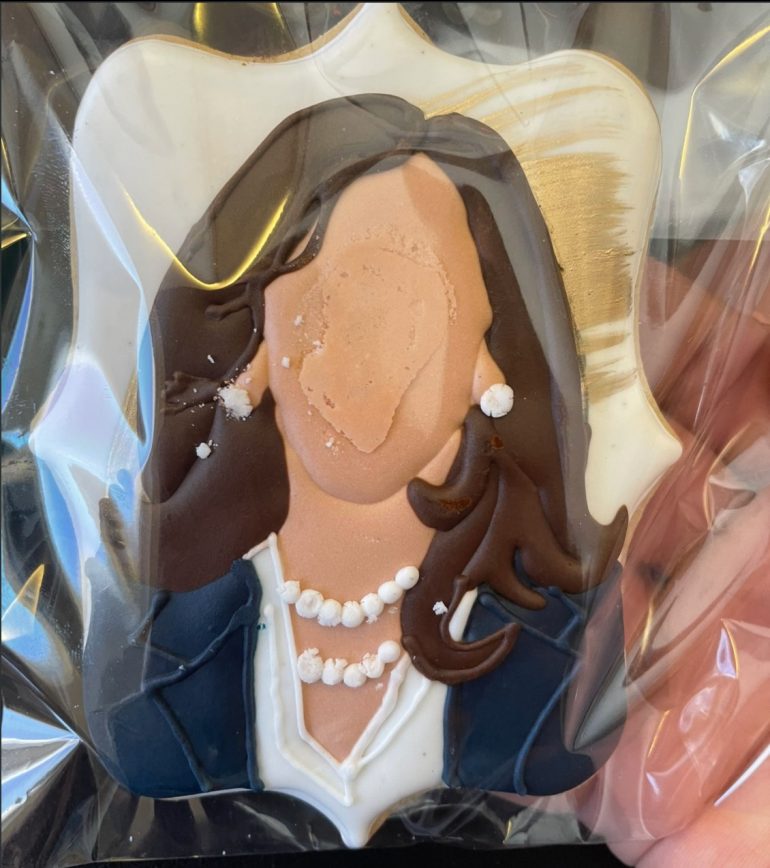 She may have thought she nailed it, but it was a total fail… and became a laughingstock. Here is just one ‘for instance’ among many.

If being a laughinstock over viral faceless cookies weren’t bad enough, this sign met her in Guatemala: 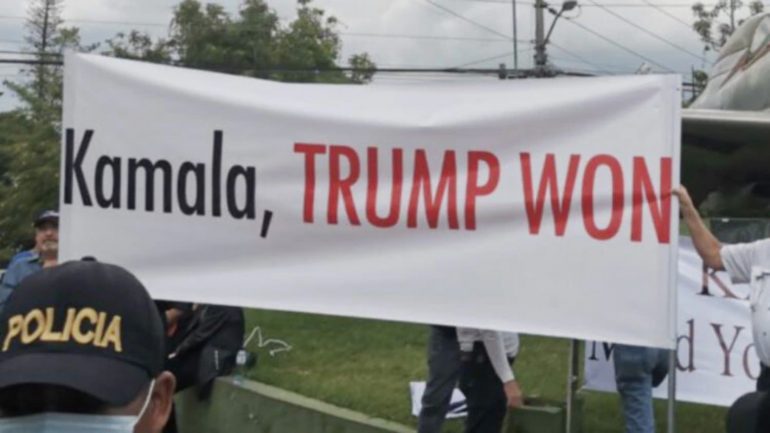 Such leadership. Such inspiration. How can the world begin to bear it?

Ladies — Kamala is the opposite of a badass leader. You can find about 10 better examples right here: