Funny how this long-awaited visit to the border came AFTER Trump announced that he would be paying the border a visit. But it is important to note that where she went was ‘safe’.

Maybe the reason she has been so hesitant to visit, was to avoid dealing with very damning images like this one: 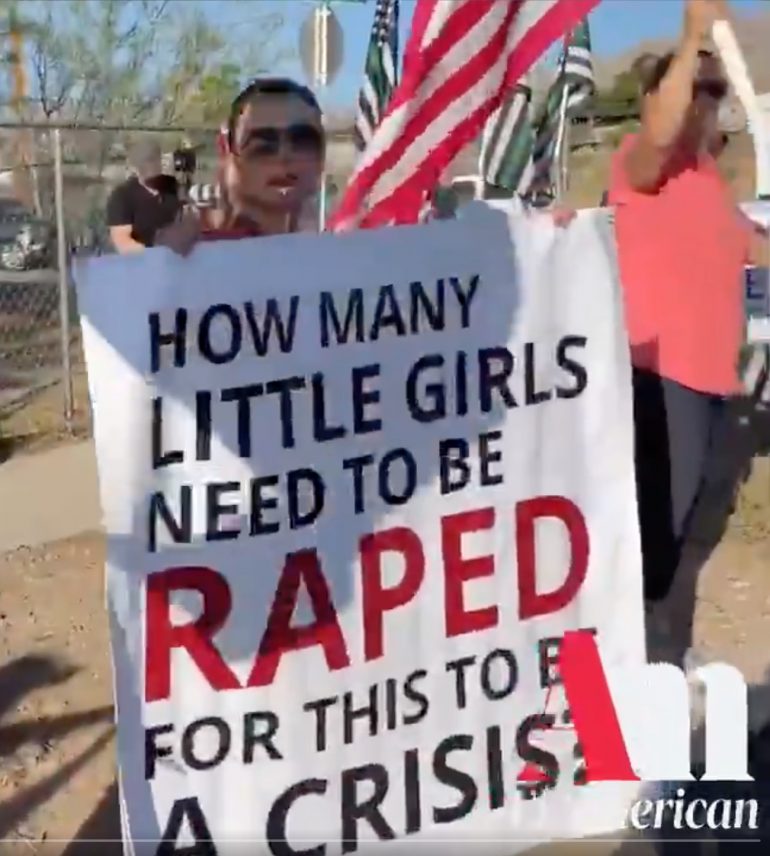 Be a shame if THAT image was permanently tattooed to her brand now, wouldn’t it?

Here is the footage that came from… a very ‘energetic’ greeting she got from critics along her arrival route.

Protestors waiting to greet Kamala by the border ?pic.twitter.com/aB8X0BbKWU

Why are they so raucous? Here’s a quote from the GOP page reminding us how badly co-president Kamala has been missing the point about what the real problem is on the border.

DESPITE HARRIS’ FOCUS ON THE NORTHERN TRIANGLE, ILLEGAL IMMIGRANTS ARE ARRIVING FROM ALL OVER THE WORLD

In the past few months, illegal immigrants from more than 160 countries have been encountered at the border.

For context, the UN has only 193 member countries.
Over 22 percent of the illegal immigrants apprehended at the border in May arrived from countries other than the Northern Triangle.
Of the 40,067 non-Mexican and non-Central American migrants encountered last month, a significant percentage were Cubans, Haitians, Ecuadorans, Brazilians and citizens of African nations.
Illegal immigrants from India and Asia are flying into Mexico City then heading north in order to take advantage of the “wide openings in the border wall near Yuma.” —GOP

This Texas Congresswoman is very excited about El Paso being "the new Ellis Island" pic.twitter.com/DTkKhBFDh5

We can’t wait to see how we square that announcement with Kamala’s ‘don’t come’ speech.

Here is Kamala giving some non-answer-answers to media questions about her overdue visit.

How do Kamala’s excuses stack up against what we see about the Norther Triangle from the GOP story cited a little earlier? Do you think even SHE believes her crap? Of course not. She knows that we already HAD an agreement with Mexico — until co-President Joe signed it away with a flick of his pen.

Contrast all of that against the (to put it in language the left can understand) ‘lived experience’ of the overworked law enforcement dealing with this situation.

Kamala Harris is still not visiting the heart of the border crisis, where border patrol is STRUGGLING to combat cartels who are sliding narcotics and criminals through.

Ted Cruz made the obvious point of how fake and performative this visit was in terms so stark that even a Blue-State journo could hardly fail to understand it.

but the truth is she is visiting El Paso, which is hundreds of miles away from the crisis. @tedcruz @BillHemmer @BPUnion pic.twitter.com/mCYwsvbqJZ

This is an awkward detail.

One last observation — it is worth noting that El Paso, right on Texas’ Western tip, with a much quieter border situation, has one distinguishing feature that makes it different from Rio Grande Valley.

El Paso has a border wall.

How does will the media report on all of this? We think we know, but we’ll have to wait and see.