Joe Biden is an expert at finding bigots everywhere — except in his own household.

Maybe having his son’s texts become an international story will help open Joe’s eyes to the glass house he lives in.

Biden built his Presidential campaign, literally from launch day, on a Big Lie that the media refused to fact-check him on because it fit their OrangeManBad narrative. The Big Lie was the easily disproven, deceptively edited slander claiming that Trump called avowed racists in Charlottesville ‘very fine people’.

The left has since leapfrogged well past that starting point. They are now busy pushing a narrative that the entirety of Trump’s supporters — indeed, most of America — are irredeemably racist.

They have been looking for excuses to purge anyone with the ‘wrong’ politics out of positions of authority to capture the entire civil service (or at least those running it) by the same toxic political ideology that has already claimed many other cultural institutions. Space Force Commander ‘Temporarily Reassigned’ After Saying Marxism Has Infiltrated The Military

An honest media, if we had one, would have pointed out that both the CNN footage and official transcript (in the President’s response to Acosta’s loaded question) denounced white supremacists and neo-Nazis by name within a minute of the dishonestly clipped and repeated quote, saying those groups should be ‘condemned totally’. Creepy Joe Biden Joins The Race With A Video Pushing the Charlottesville Lie

That’s what an honest media would have done. But instead, we have one that is the de facto PR department for elected Democrats. We know this because a leftist website actually spilled the beans on the NYT making an editorial strategy shift when the Mueller probe collapsed. away from Russian Collusion to one that examines every story through the lens of race for the rest of Trump’s term right through to the election. LEAKED: New York Times Staff Meeting Reveals The NEW Plan On How To Cover President Trump

This is where we get to test (yet again) Tucker Carlson’s premise that every accusation the left makes against the right is something they themselves are guilty of.

There are some new reveals from Hunter’s cursed laptop. This story involves two text exchanges between Hunter and corporate attorney George Mesires. Other evidence from the laptop shows that this particular lawyer bills $845 an hour.

Here is Hunter, the ‘smartest man Joe knows’, tossing N-bomb and black racial tropes around to a corporate lawyer like the skinny kid in the mosh pit. 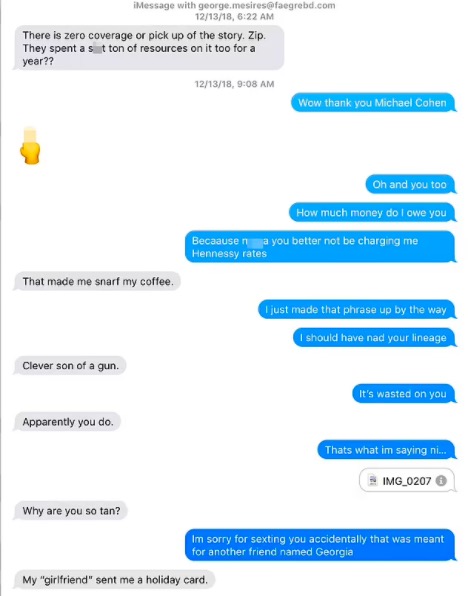 Unfortunately for Joe, this is coming out, just days after the Scolder-in-Chief took time out to lecture America about its racist past in the Tulsa Massacre anniversary.

I met with survivors of the Tulsa Massacre this week to help fill the silence. Because in silence, wounds deepen. And, as painful as it is, only in remembrance do wounds heal. pic.twitter.com/0mLMRAhJiD

(Careful observers will notice that tweet was posted on June 6th… the ACTUAL anniversary of D-Day, an anniversary about which Joe had nothing to say.)

Hunter’s casual racism wasn’t the only thing weird about that exchange, either.

Accidentally sending a naked pic of yourself to your $845/hr corporate lawyer is NOT the kind of mistake the ‘smartest man I know’ would ever make. Then again, prominent Democrats have a well-documented history of exactly that sort of indiscretion, don’t they?

In the next one, Hunter waxed philosophical about his own sorry lot in life. 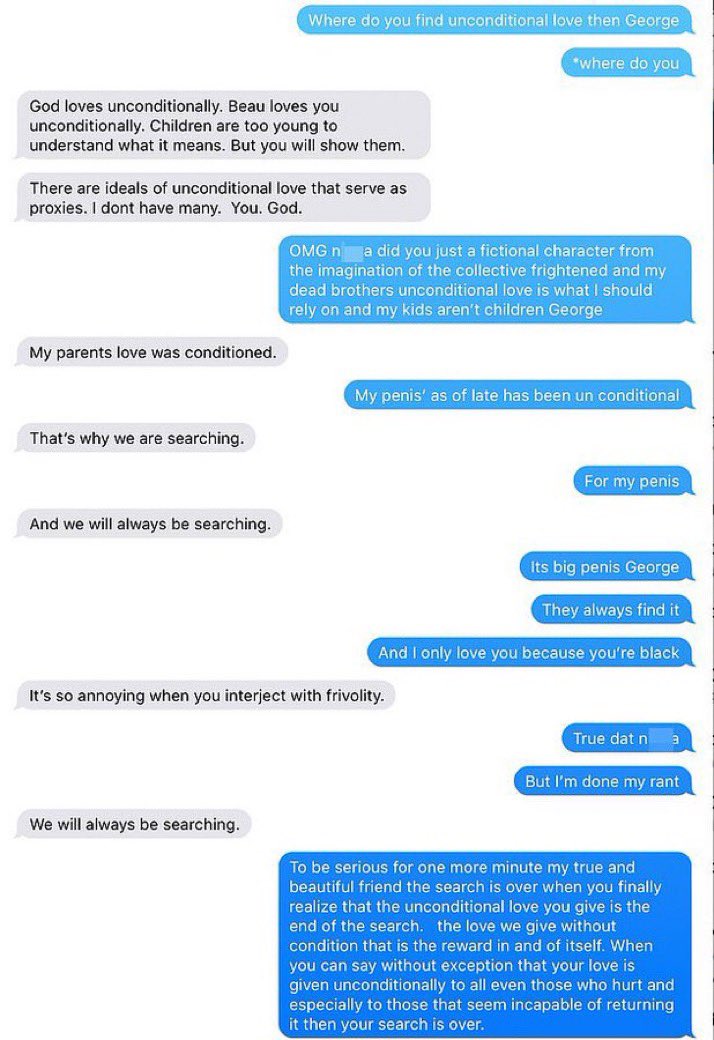 The son of the ‘best Christian President ever’ complained about not knowing what unconditional love is. When the lawyer invoked some of the obvious answers — his late brother, children, and God, he gave a telling answer. (With some more casual n-bombs thrown in for good measure.)

‘OMG N***a, did you just use a fictional character from the imagination of the collective frightened and my dead brother’s unconditional love as what I should rely on and my kids aren’t children George.’

Maybe it shouldn’t really surprise us that someone whose life is so bent out of shape has such a low view of God. But we can’t help but notice that neither of these men even bothered invoking Joe as an example of ‘unconditional love’ in Hunter’s life. That particular silence is deafening.

Not to say ‘we told you so’, but: What The Hunter Biden Texts And Emails Reveal About Joe Biden As A Father

Hunter’s casual racism even extended to jokes about his own dad. Here’s a meme that Hunter had saved. 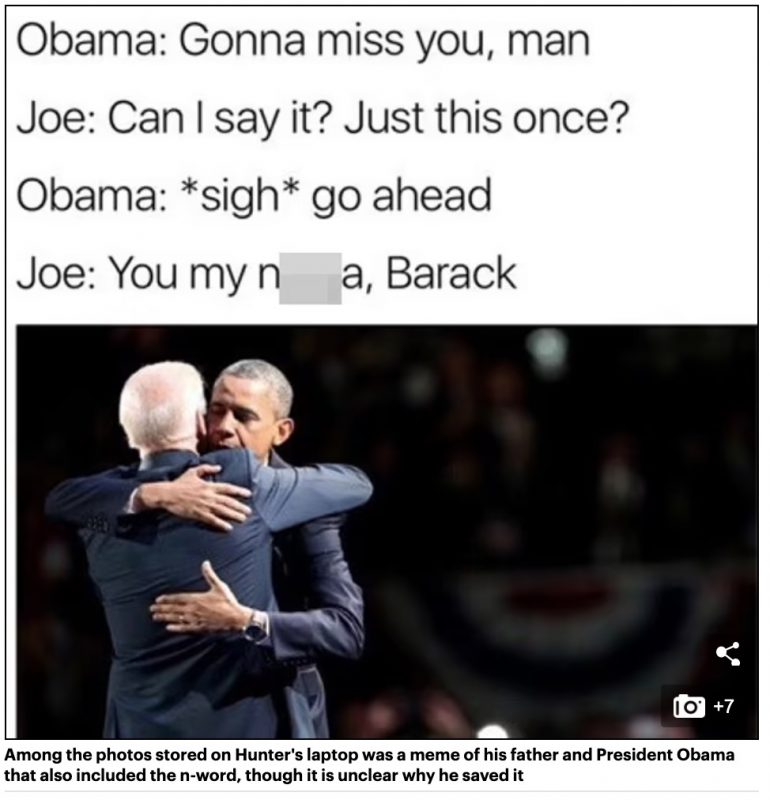 Are you surprised? Don’t be. Remember, Hunter was raised by this guy: