There’s an old line about selling out your own grandmother for a dollar. AOC tried to do it for a talking point. But that talking point blew up in her face.

AOC, as she will gladly tell anyone who asks — and many who haven’t — is Puerto Rican. Needless to say, she is quick to weigh in on issues that affect Puerto Rico. Issues like Puerto Rican statehood, or how she believes President Trump somehow failed to come to the aid of Puerto Rico after the hurricane the way he came to the aid of other disaster zones during his tenure as President.

How quickly she forgets the local corruption that was exposed in that case, with actual resources not given out, or wrongly diverted after they were delivered: HEY AOC: Since Trump GAVE Puerto Rico Aid, And THEY Mismanaged It… When’s Your Apology?

The locals sure knew who to blame for it: WATCH: Puerto Ricans Bring A Guillotine To Protest Local Leaders At Capital Building

But with AOC, everything is political. Even her own grandmother was little more than a cudgel with which to thump Trump. 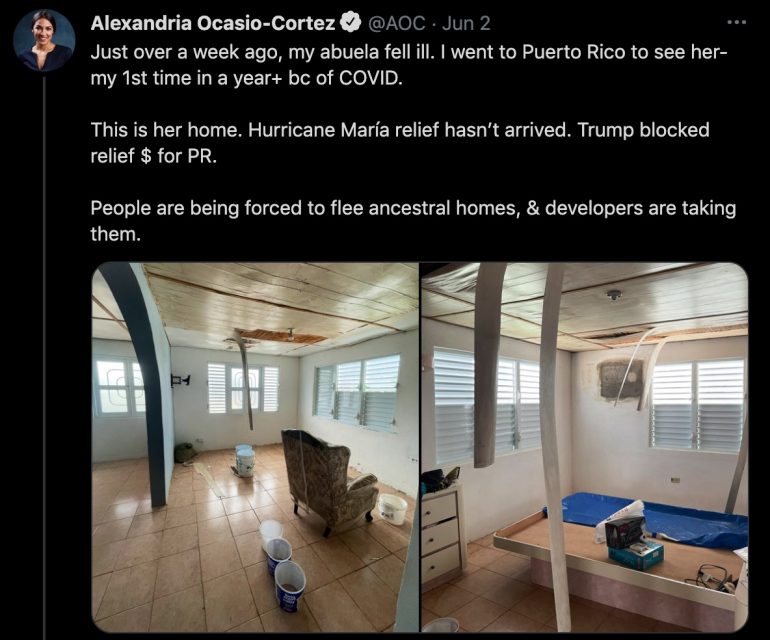 AOC saw that situation as an activist who could throw a picture on social media, using her as a stand-in to represent a collective idea.

The right — led by the crew over at Daily Mail — saw something else.

You’re a wealthy and famous politician. You can’t spare a couple bucks to spruce up your “abuela’s” home? https://t.co/BnkLCVFB5K

AOC snapped back with exactly the kind of snarky political (backpedaling) line you would expect. HER grandmother wasn’t even the point of story, the REAL point was the wider narrative. Because socialism. 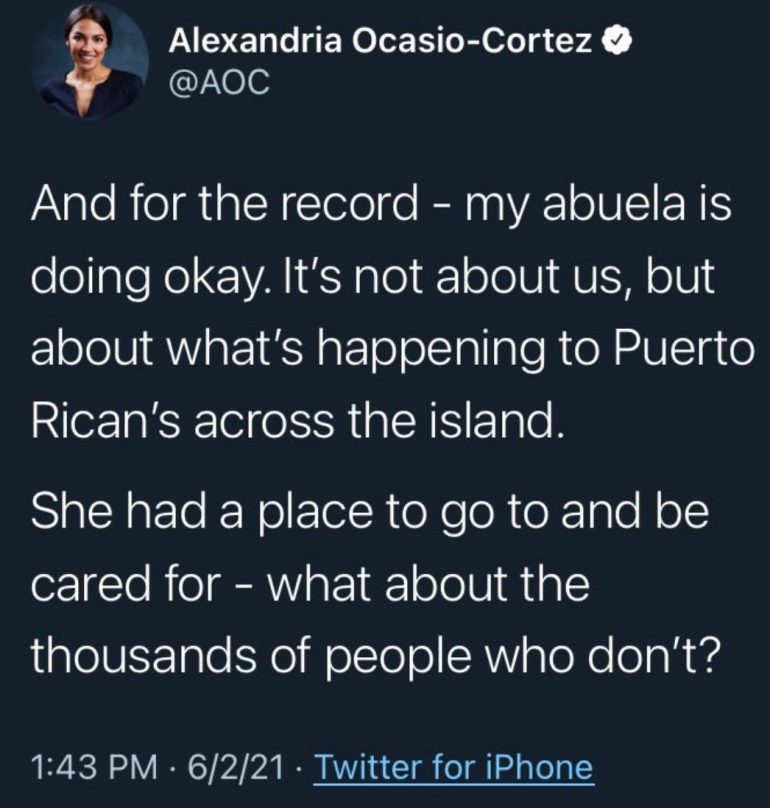 It’s ‘not about us’, but you are going to personalize the issue with a photo op. We’ve seen her do that before, haven’t we? Remember the staged tears in front of the chain-link fence and the empty parking lot?

Knowles’s challenge to step up and put the money where they mouth was actually WAS accepted… by Matt Walsh.

As you’ve heard, @AOC’s abuela is living in a dilapidated home that was ravaged by Hurricane Maria. AOC is unable to help her own grandma for whatever reason, so I have set up this Go Fund Me campaign to save her home. Please give if you can. #HelpAbuela https://t.co/F1N0Jxgnxg

And others followed suit…

Matt explains it to anyone confused by the idea of someone OTHER than the government stepping up to help someone. 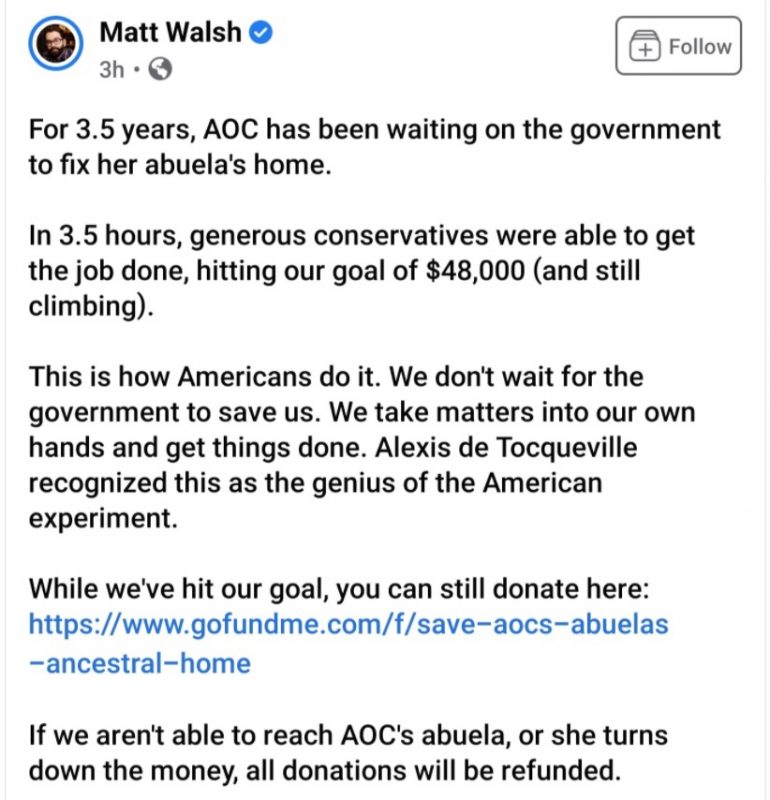 UPDATE: “someone” in AOC’s abuela’s family told GoFundMe that she won’t take the money, even though AOC previously claimed that her grandma was in dire straits (and it was Trump’s fault). @AOC still hasn’t acknowledged this effort or thanked us. Here’s the email from GoFundMe: pic.twitter.com/MsM4ECLDX0

Tragically this charitable effort has been sabotaged by forces outside of our control. Still I’m grateful for the outpouring of support for abuela, even if AOC isn’t. But questions remain: Why didn’t AOC help her own abuela? Why was our help turned down? We are left to speculate.