Once again, we come to the page on our calendar which measures one of history’s greatest victories against authoritarianism. D-Day.

June sixth is the day in history where what was left of the free people in Europe and their allies around the world launched a counter-offensive on the seemingly unstoppable force that had devoured most of mainland Europe. We know it as D-Day.

We can see how ideas have changed over the past few years by how D-Day has become the focus of memes. Old-School patriots will share memes like this one: 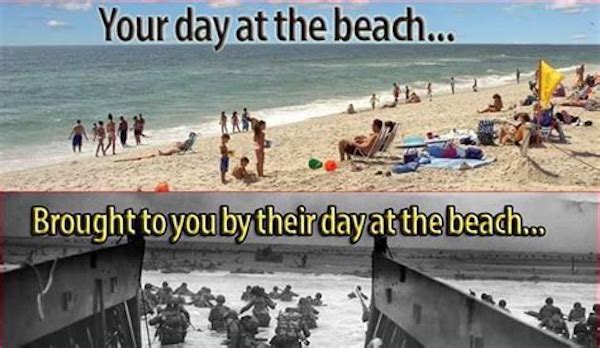 The more violent strain of the radical left sees that same event through a very different lens. Their memes look more like this one: 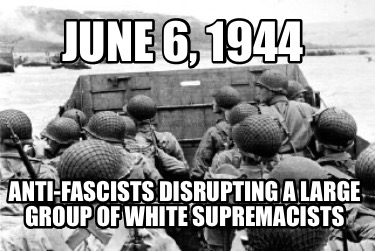 They can’t BOTH be right. For whom and what did our forefathers really bleed the sand red?

To recap the event itself: the landings took place on five beaches, from West to East: Utah and Omaha (American), Gold (UK), Juno (Canada), Sword (UK). 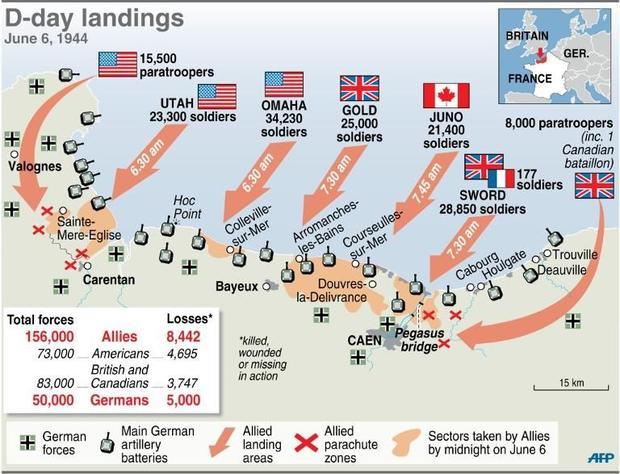 They came together to fight the Nazis. The right and left might never agree on who the National Socialist Party really was in terms of left and right, but we can agree, at least, on some objectively known central ideas.

The seed for the Reich began when a small group of agitators leveraged a crisis and past injustices to ascend to political power through lawful means. They had, at the time, only one real political rival, and they leveraged events of the day to demonize and delegitimize their political opponents to tighten their hold on power and to make it impossible for anyone to oppose them politically.

Having secured power, they set about punishing their political enemies and anyone who disagreed with them politically as dangerous enemies to the state. They exploited the public school system to set about indoctrinating children to believe the same ideas the Nazis expected all Germans to believe.

Next, they shifted the nexus of local political power into a more easily manipulated centralized control at the national level.

They exploited the Reichstag fire to secure President Hindenburg’s approval for an emergency decree, popularly known as the Reichstag Fire Decree, that suspended individual rights and due process of law. The Reichstag Fire Decree permitted the regime to arrest and incarcerate political opponents without specific charge, dissolve political organizations, and to suppress publications. It also gave the central government the authority to overrule state and local laws and overthrow state and local governments. The decree was a key step in the establishment of the Nazi dictatorship. Germany became a police state in which citizens enjoyed no guaranteed basic rights and the SS, the elite guard of the Nazi state, wielded increasing authority through its control over the police. — UnitedStatesHolocaustMemorialMuseum

The undirected rage and energy of university-aged youths was harnessed against an ‘otherized’ and demonized racial scapegoat. They attack Jewish homes and businesses, Kristallnacht, painting it as a righteous cause, blaming the entire racial group for old injustices Germany had suffered.

Nazi Party officials, members of the SA and the Hitler Youth carry out a wave of violent anti-Jewish pogroms throughout Greater Germany. The rioters destroyed hundreds of synagogues, many of them burned in full view of firefighters and the German public and looted more than 7,000 Jewish-owned businesses and other commercial establishments. Jewish cemeteries became a particular object of desecration in many regions. Almost 100 Jewish residents in Germany lost their lives in the violence. In the weeks that followed, the German government promulgated dozens of laws and decrees designed to deprive Jews of their property and of their means of livelihood even as the intensification of government persecution sought to force Jews from public life and force their emigration from the country.

After the pogroms, the implementation of German anti-Jewish policy was gradually concentrated in the hands of the SS. Thus, Kristallnacht figures as an essential turning point in Nazi Germany’s persecution of Jews, which culminated in the Holocaust, the attempt to annihilate European Jews during the war. — USHMM

Officials stood silent while cities burned and businesses were looted.

There was no interest in conversation, debate, or persuading other side over by arguments over whose policy was better. There was violence, intimidation, aggression, marginalization, burning of books, and businesses, exclusion, silencing, arrest, and (eventually) murder on a massive scale.

There is an old expression about becoming the thing you hate.

Chris Ray Gun, when ‘Antifa’ was attacking Universities for hosting Right-of-center speakers and beating people with bike locks 4 years ago was making this same point in a very perceptive little video.

The key takeaway boiled down to one image was right here: 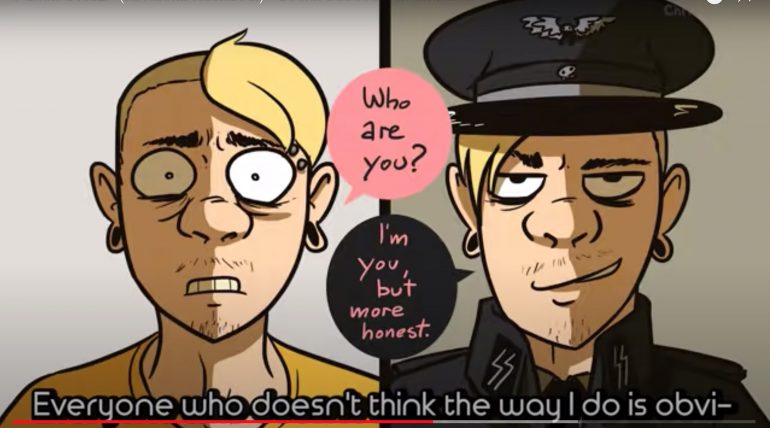 The activists who THOUGHT of themselves as being on the right side of history, and smashing the fash so to speak… were so excited about attacking the bad guy that they didn’t stop to ask whether their ends justify the means didn’t make them exactly the thing they assured themselves they were saving the world from.

If they couldn’t be honest about their own motives… how could their judgment possibly be counted upon to correctly assess the actions of others?

That lesson was lost on them, as you would expect from those who generally scoff at religion. But he said something else that has been echoed in some form or fashion around the world. The Golden Rule.

Treat others the way you want to be treated.

The actual, historical Nazis obviously failed this test. That is, in some sense, the essence of what so many of our grandfathers fought for that day.

The question the aggressive left should take a moment to ask themselves today, is how well would THEY pass this same test.

The tactics they like to employ on people with whom they disagree politically. The aggression, the intimidation, the doxxing, the burning of family-owned businesses to the ground.

If someone applied the very same tactics to their friends, or themselves — would they just smile and nod, and agree that they (Antifa) had it coming? Or would they be outraged and want some kind of justice for the wrongs that had been done to them?

That scenario is not a hypothetical situation, either. The revolutionaries of movements past have a nasty habit of eating their own. Robespierre faced the guillotine. Trotsky was shafted by Lenin and then murdered by (most likely) Stalin.

Do these guys really think the radicals they have aligned themselves are actually MORE trustworthy than their revolutionary heroes of generations past?