Anyone intentionally facilitating de facto one-party rule should take a moment to ask themselves how it was that German Nazis achieved uncontested power in the first place.

Anaheim has used the fig leaf of ‘public safety’ concerns to successfully pressure a private venue to break the contract they had to provide venues to the ‘America First’ rally with Matt Gaetz and Marjorie Taylor Greene. The owner canceled the event with less than 24 hours’ notice.

This is the third such venue cancellation they have dealt with in their America First rally in Anaheim.

Ms. Greene and Mr. Gaetz originally planned to hold their rally Saturday evening in Laguna Hills, also in southern California, but the venue pulled out Friday and the event was moved to nearby Riverside.

The city of Riverside soon announced it would not be hosting the rally either, however. The city said the company that operates the city-owned convention center had cancelled on the members of Congress.

“I recognize this was a divisive issue in our community, and I am glad it has been resolved,” Riverside Mayor Patricia Lock Dawson, a Democrat elected in 2020, said in a statement late Friday night. —WashingtonTimes

Ah yes, the elected Democrat considers this issue to have been ‘resolved’ with the sanctioned silencing of her political rivals.

Gates and Green put together an impromptu presser where they spoke out against this strongarm tactic. They weren’t the only ones to notice and speak out about Anaheim’s jackboot tactics. 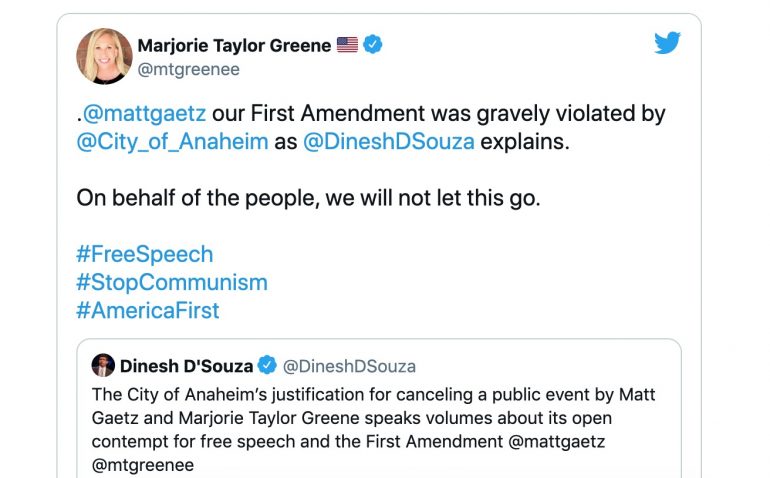 Here is the video she cited in which Dinesh D’Souza articulates quite nicely why this is such a bad precedent.

The City of Anaheim’s justification for canceling a public event by Matt Gaetz and Marjorie Taylor Greene speaks volumes about its open contempt for free speech and the First Amendment @mattgaetz @mtgreenee pic.twitter.com/araIyqXPXo 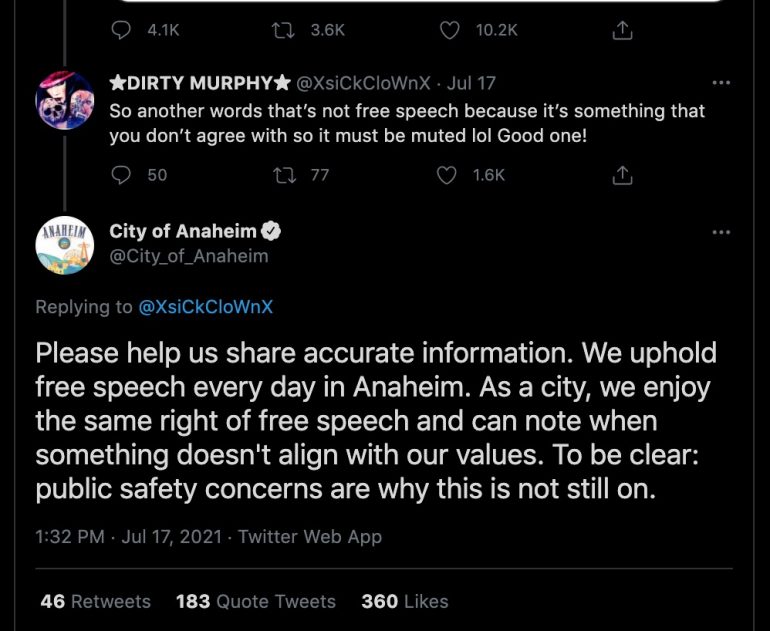 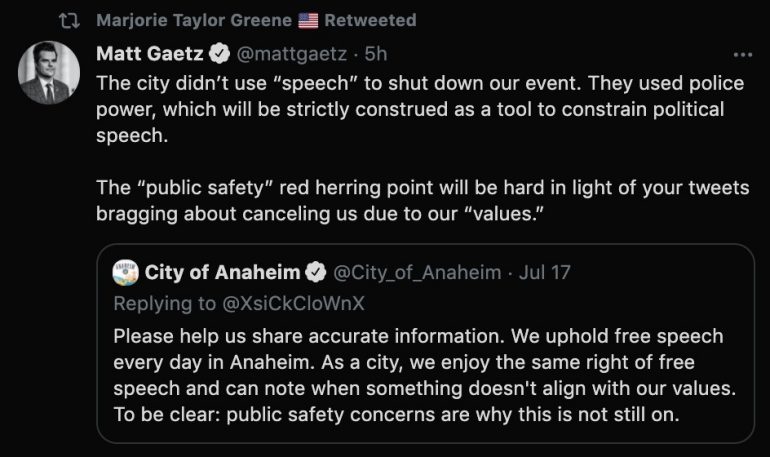 Oh, yea. Neither Matt nor Marjorie are the type to back away from a fight. This could get good.