Even a wheeler-dealer Democrat Billionaire like Ed Buck can only get away with so much… and now we know where that line is drawn.

When the first black man died of a meth overdose at an apartment Buck owned, authorities explained it away, despite some damning evidence.

Then a second black man turned up dead of an overdose in the same apartment. Not long after, a third man who had survived an overdose told the world what was really going on in that apartment.

By then, even the highly connected Democrat billionaire couldn’t wiggle his way out of the hole that had been dug.

For a party that had been wrapping itself in their newfound ‘MeToo’ activism to defend people from sexual predators while posing as champions taking a bold stand against racism… Ed Buck’s story was an absolute embarrassment.

Ted Lieu, was one of several Democrats who had to jump into damage control mode. He rushed to rid himself of the $18,000 in donations Ed had given his campaign, donating it to a cause suitable to the embarrassment of a second black man showing up dead of an overdose. 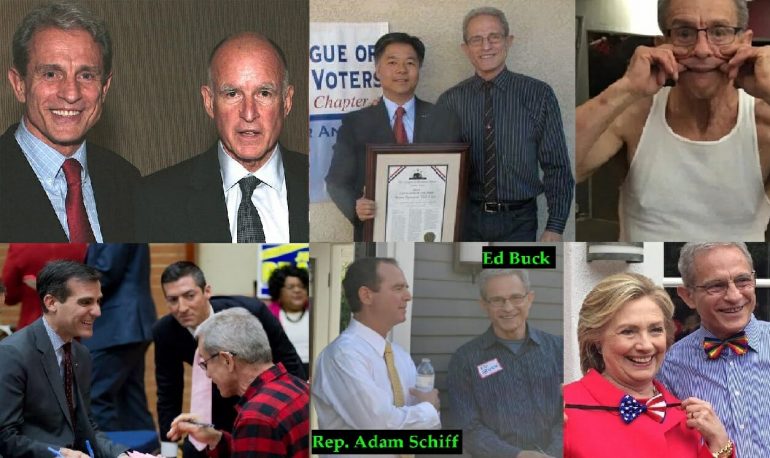 For those not up to speed on Ed Buck’s sordid history, here are a few relevant articles we’ve covered in the past. (Note, the second body and the live accuser turned up in January. Charges weren’t announced until September):

Buck, 66, was convicted of all nine charges against him, including supplying the methamphetamine that killed two Black men in his West Hollywood apartment: Gemmel Moore, a 26-year-old who died in July 2017, and 55-year-old Timothy Dean, who died in January 2019. Buck was also found guilty of distributing methamphetamine, maintaining a drug den, and enticing Moore and another man to travel to Los Angeles for prostitution.

The verdict, which was reached in less than five hours, means Buck now faces life imprisonment in what some activists feel is a belated measure of justice for a man they say was protected by sympathizers in the government. And it brought an end to a trial so lurid and so disturbing that the judge talked openly about the potential trauma for jurors—as opposed to just witnesses and victims.

Throughout the two-week trial, prosecutors argued that Moore and Dean’s deaths were the result of Buck’s twisted fetish for injecting men with high doses of meth, sometimes to the point of their passing out. His obsession with “party and play” encounters led Buck to exploit the vulnerable—mostly Black men—to come over to his house for money, prosecutors said.

“He would find desolate, vulnerable victims and push meth on them over and over… until they went unconscious,” Assistant U.S. Attorney Lindsay Bailey said during her closing arguments on Friday. “That’s what he liked about it—the power gave him sexual gratification. Every time he stuck a needle in someone’s arm, he was playing God. —MSN

You might think a second lethal overdose would be enough of a wake-up call to get him to consider the humanity of his victims. It wasn’t.

Had this been a right-leaning billionaire exploiting vulnerable gay men — mostly minorities — for his sick amusement the whole party would be pinned with the guilt of one man. But since it’s a Democrat, you can be sure that it’s just another ‘isolated incident’.

Are we seeing a pattern here? How many dots do we need in a picture before we can be justified in trying to connect them?

ANOTHER DEM BUSTED: Terry Bean, LGBT Activist, Arrested Over Sex With 15yo & Cover-up

Hey Feminists: Can We Talk About What Your Beloved SPLC Founder Did With His Stepdaughter?