Is this considered “violent rhetoric” or nah?

The rules for how we are to behave these days have become a bit confusing — we are told that “silence is violence” when it has do deal with discussing anything about race, but if you’re white, then you’re not really supposed to speak in certain situations because you need to allow non-white people space to talk about “their truth.” At the same time, riots that caused death and destruction for months, including setting fire to a federal building,  are the “voice of the unheard” and not considered violence… unless it’s a bunch of boomer Republicans in Washington confused as to how a man who can barely get out a coherent sentence and is hidden away from the public 23.6 hours a day not just won the 2020 election, but set the record with over 80 million votes. That is an “insurrection.”

It would seem that what is and is not acceptable is dependent on where your political affiliations lie.

In 2021, we have neo-racism in the form of “antiracism,” “equity” in place of equality, and using race as the lens through which we view all human interactions and teaching this to children by using what was a fringe form of legal scholarship called “Critical Race Theory” (CRT) in elementary schools to teach history and social studies. Surprisingly, lots of people in the field of education seem just fine with that. Parents, however, are not.

At a recent protest against the use of CRT in Virginia, Michelle Leete, a member of the PTA, who also happens to be the Vice President of the Virginia NAACP, blasted the critics of CRT, said that they were “anti” all sorts of things and said, “let them die.”

A leader of the NAACP was seen outside a middle school in Fairfax County, Virginia on Thursday denouncing individuals she said were “anti-equity” and even stating, “Let them die.”

That seems…a little cold, no?

Here is her photo as part of the Executive Committee on the Virginia NAACP website. 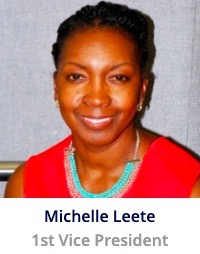 I heard this tonight as it was spoken and I was in shock. Absolutely unacceptable, we must be a better example for young people and all people.

So, is this sort of rhetoric acceptable because Leete is on the side of the race grifters ginning up racial animus in order to push Marxism?

It seems that her words went a bit too far.

The Virginia PTA issued a statement about Leete’s rant and called it a “disturbing choice of words.”

They added that there will be “sensitivity training” over the summer for Virginia PTA board members to “ensure that we remain mindful of our community and the impact of the words we use.”

Gee, perhaps people who behave like children who don’t know the effect of their own words shouldn’t be on the PTA board.

On Friday, Fox News host, Pete Hegseth, interviewed the parent that took the video of Leete’s “let them die” speech.

On Twitter, an account apparently belonging to Leete responded to criticism by redirecting it at CRT opponents. “They disqualify themselves with their words and deeds,” one commenter said in response to Nomani’s video. “They stand for nothing. Work around them.”

Leete responded: “Funny, I truly feel exactly the same about people who have no real platform or ideas other than to call everything CRT or Marxism and twist words to gin up faux outrage. Happy Friday to you though.”

She also said she was “[h]appy to contribute in any way I can to their red meat. Must be tiresome though trying to keep the faux CRT, Marxist, anti-whateva outrage.”
Source: Fox News

What an absolute charmer she seems to be!

The Twitter account has been deleted and the Tweets are no longer visible, but, unfortunately for Michelle Leete, the video doesn’t look like it’s going away anytime soon.