Our society has moved on from Drag Queen Story Hour to this.

There was a time, not too long ago, when conservatives were upset about Drag Queens coming into libraries and reading to children. They said it was inappropriate and it was a “slippery slope” to sexualize children.

Some conservatives said that allowing Drag Queens to perform for children at public libraries was a “free speech” issue and David French even called it a “blessing of liberty.”

Many conservatives were not convinced that this was exactly a “blessing of liberty” and — at the very least — it should be happening on the taxpayer dime.

While America is often at the forefront of the leftward cultural push, this time it appears to be the United Kingdom, not the United States, that is now allowing what appears to be sexualized furries into public libraries for the kiddies.

A London library sparked outrage when some performers arrived to read to kids and promote literacy. Mandinga Arts is a performing arts company based in London that has some pretty spectacular, colorful carnival-style costumes. The troupe had worked with the library earlier this year for a “Day of the Dead” event. 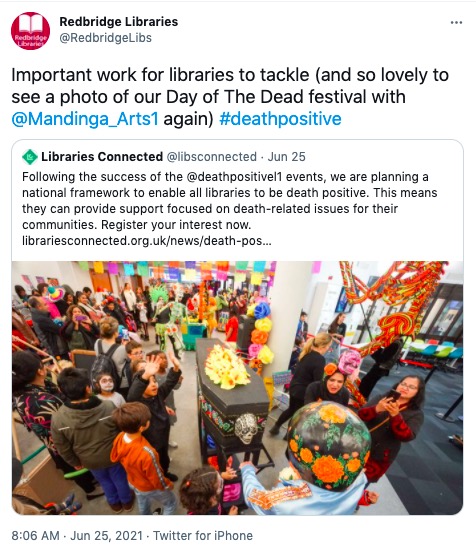 The library assumed that it was getting some lizards… 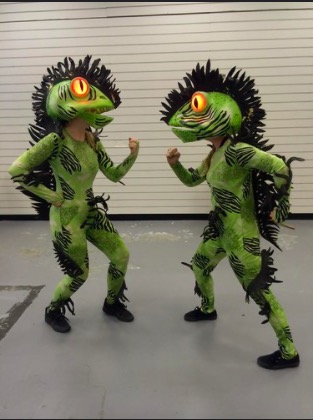 …or maybe a cool underwater scene with fish and seahorses… 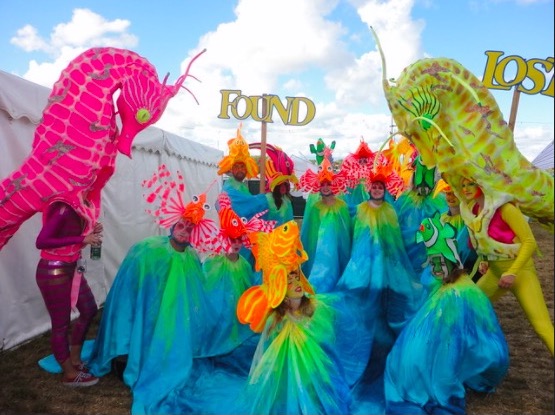 …or if they were really lucky, an extravagant bird costume. 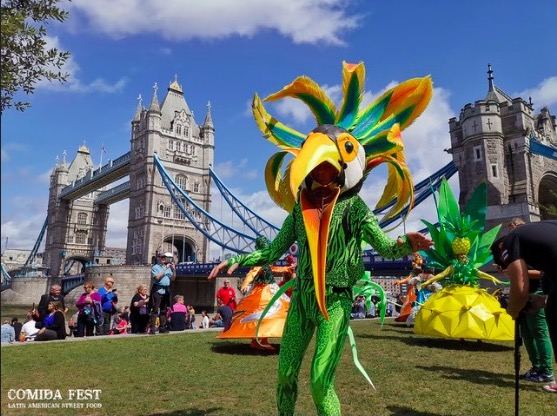 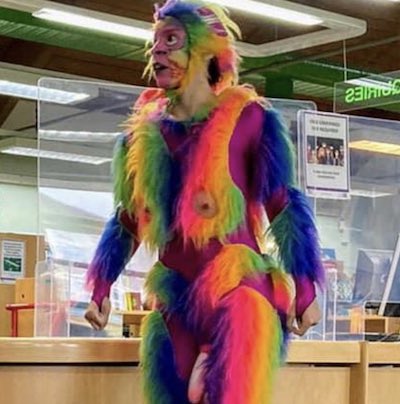 Conservative Brits were not amused.

They did a drag queen story hour at the library earlier this year https://t.co/AbXVQCgj1Z

I believe this is the company. They also have a ‘wolf pack’ who describe themselves as ‘kid friendly canines’ who ‘roam the town looking for a new master’ and like nothing better than to be stroked. By kids. This needs serious investigation. Who did the risk assessment? DBS? pic.twitter.com/hOplxYvqsw

There was significant outrage after the library put the video out on social media. One user said that they were blocked for 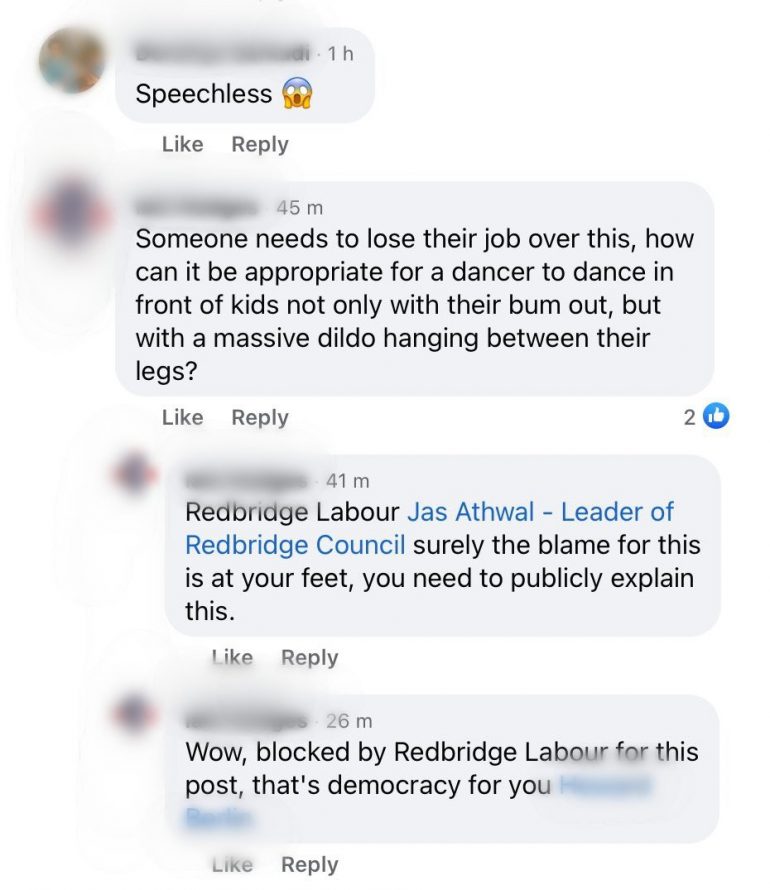 The Leader of the Redbridge Labor Council responded on Twitter but was rather rude in his response. 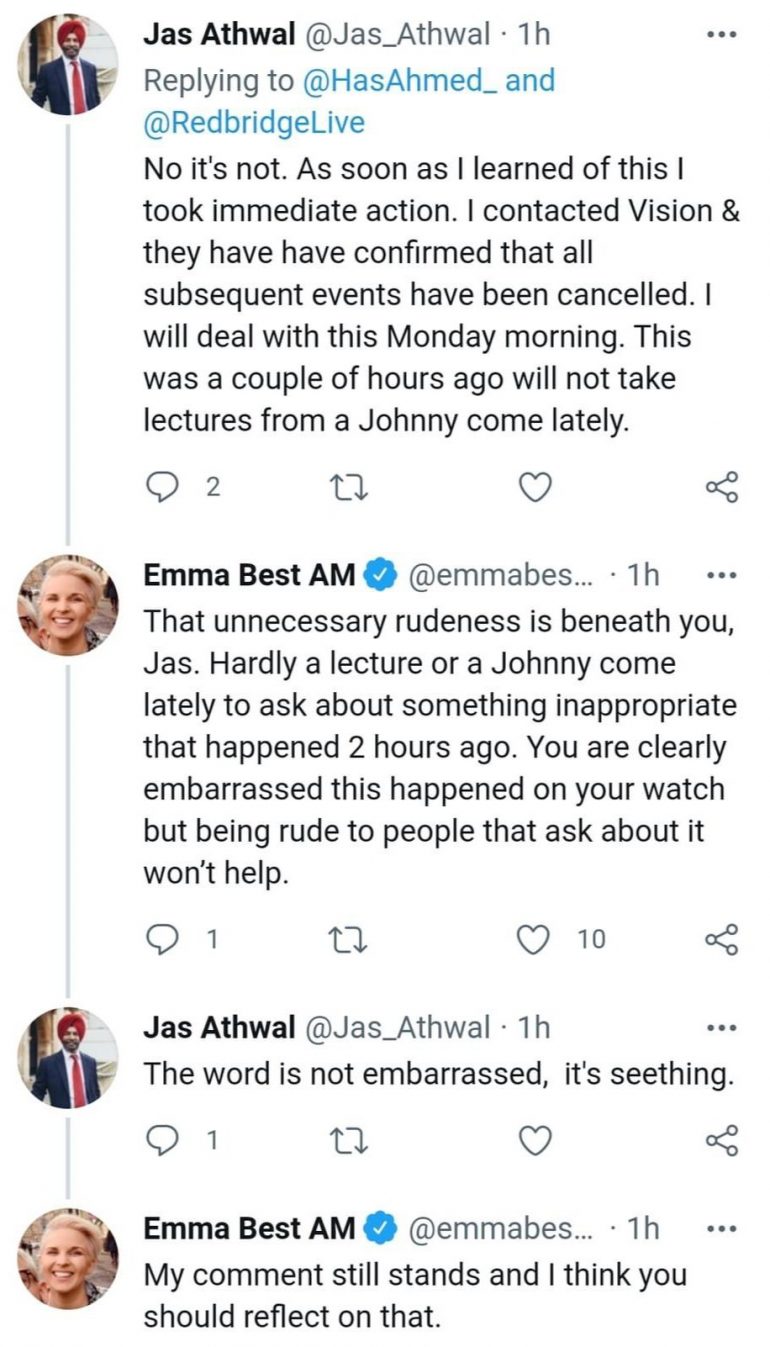 The library has apologized. 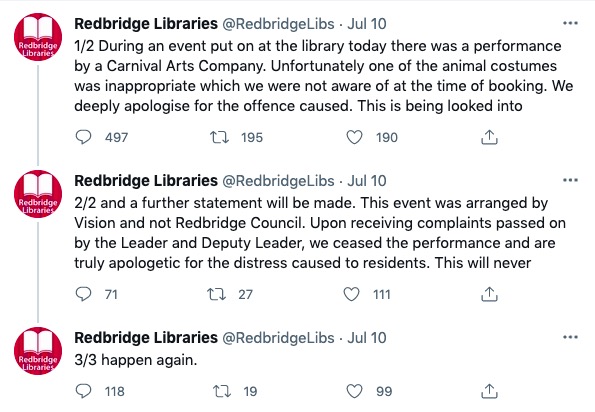 But earlier on, they thought it was funny and joked about it. 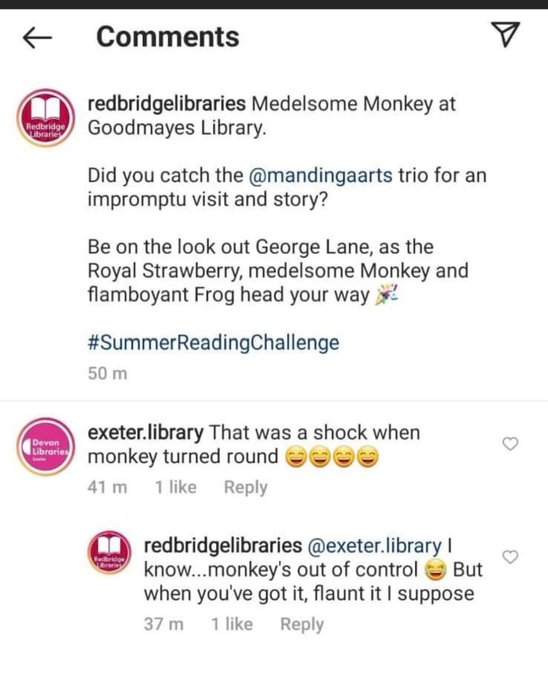 We apologise for the offence caused while raising awareness of the reading campaign by Redbridge Libraries on 10 July. We never intended to offend residents. We respect everyone’s individual opinion with no offence to any part. Actions are being taken, more information to follow.

The question is — how did this happen?!

It’s pretty clear that the contractor for the library didn’t do their research on the troupe.

The library didn’t say, “Gee, this isn’t appropriate” and stop the event, or at least that one performer.

Just look at this: 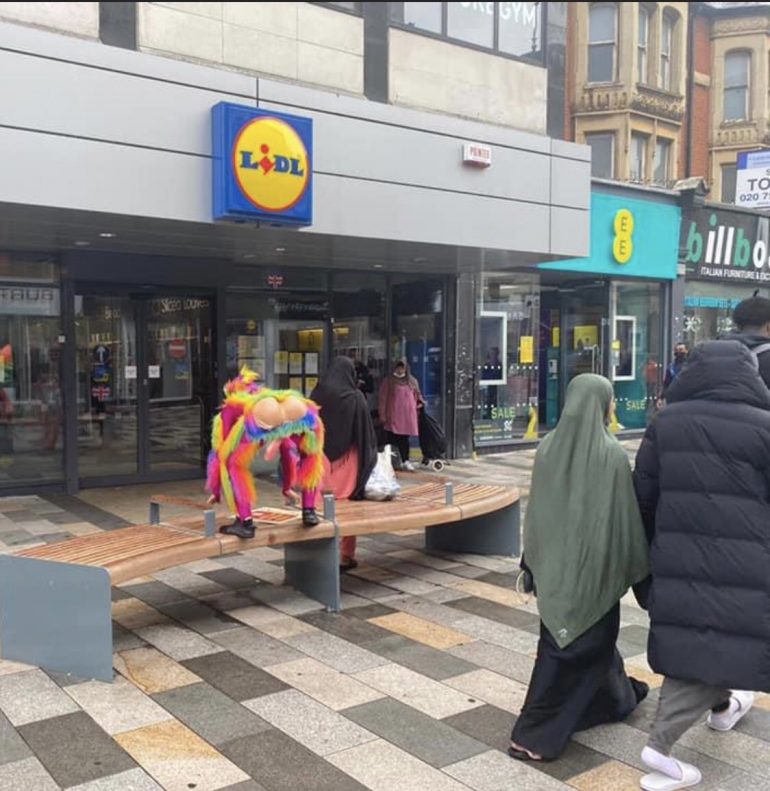 Wouldn’t you just love to know what those women in hijabs were thinking?

If you don’t think that the progressives and conservatives don’t live in two different worlds, just check out how this gay news website promotes the story. 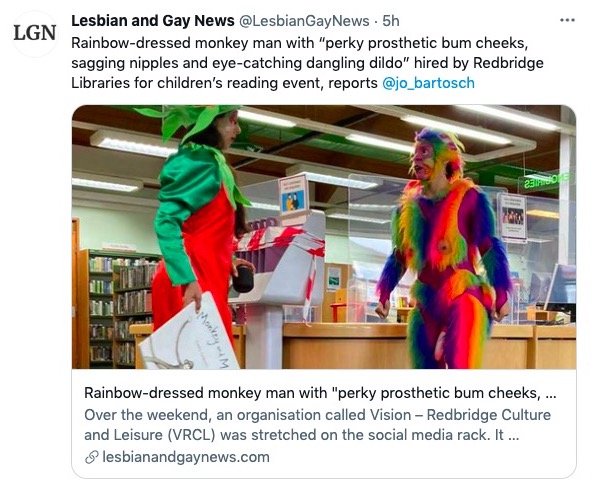 It’s like they don’t even see a problem with it.

Many of the conservatives who were not in the David French camp said that drag queens teaching kids how to twerk and stripping in front of them was not a “blessing of liberty” at all, and it would lead to this sort of thing.

One public library in Texas accidentally allowed a pedophile to “perform” for children.

And before the outrage-mongers begin, it’s not just prudish, Christian conservatives who wouldn’t set foot anywhere near drag shows that are opposing this.

Here is one Drag Queen who says that Drag performances are inappropriate for children.

That goes double for men in fetishized monkey costumes with a large, pink phallus dangling between their legs.