Stores in San Francisco are reducing their hours and beefing up security due to the massive surge in crime.

On July 3, Newsweek reported that Target was reducing their nighttime hours because of a surge in crime, particularly “organized shoplifting” sprees.

The company said there has been such an alarming rise in crime at their San Francisco stores that they will reduce nighttime hours. Target also added that San Francisco is the only city in the country where its stores’ early closing times will take effect.

Crime is out of control in San Francisco. And criminals are getting pretty bold.

On Monday evening, several people robbed a Neiman Marcus and the thieves were caught on video as they left the store.

Exclusive pics of the robbery! Thx to my follower who was inside the store shopping at the time! pic.twitter.com/UEJ6SshVxN

Police are now investigating the coordinated robbery at Neiman Marcus that occurred just before closing.

Authorities said the robbery happened around 5:49 p.m. at the high-end department store located in Union Square.

But by the time officers arrived the suspects were already gone.

Witnesses said the ordeal happened just before the store was about to close. They said the suspects smashed display cases and snatched items from racks before fleeing.

Cell phone video shows the suspects bolting out of the store right behind each other with purses in their arms. It appears the suspects fled in awaiting getaway cars.

There are also photos showing glass displays inside the store, shattered.
Source: KTVU

The crime in San Francisco is so bad that moderate Democrats are now planning on leaving. Here is a rather telling thread on Twitter by a woman who calls herself a “moderate Democrat on the verge of being red-pilled.” 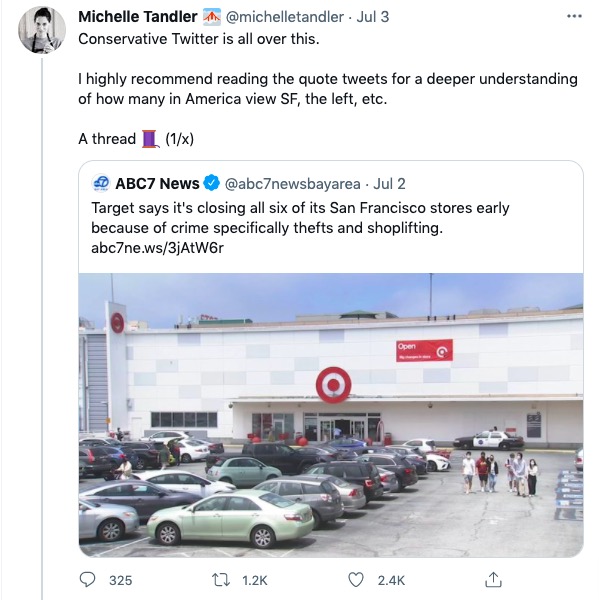 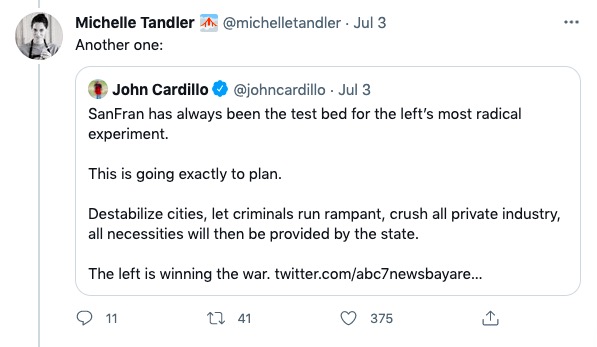 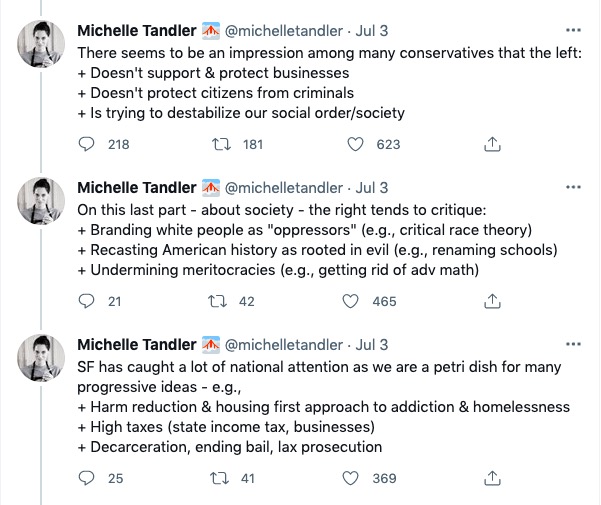 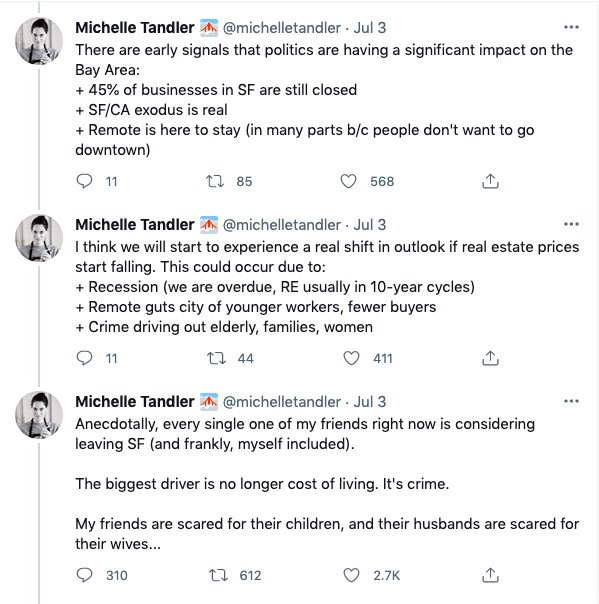 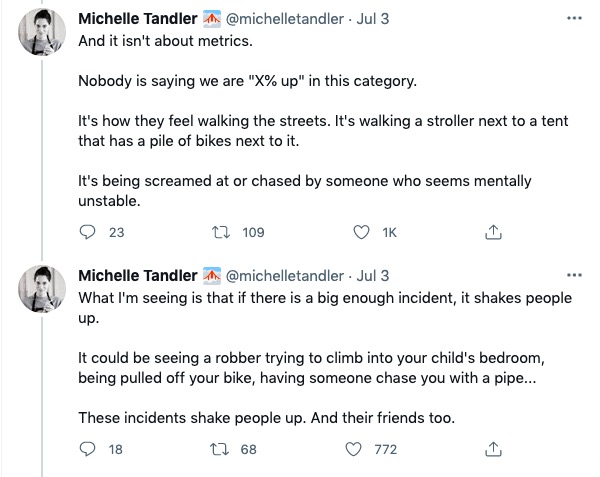 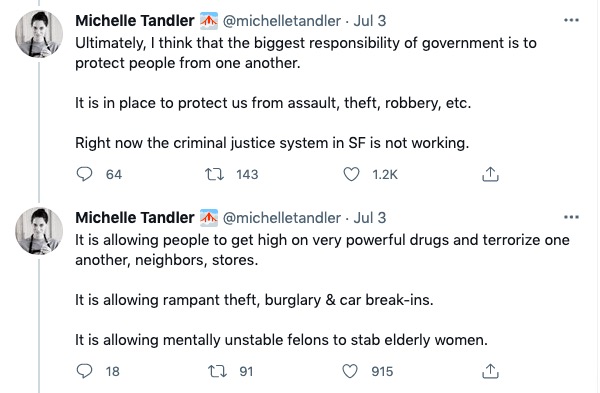 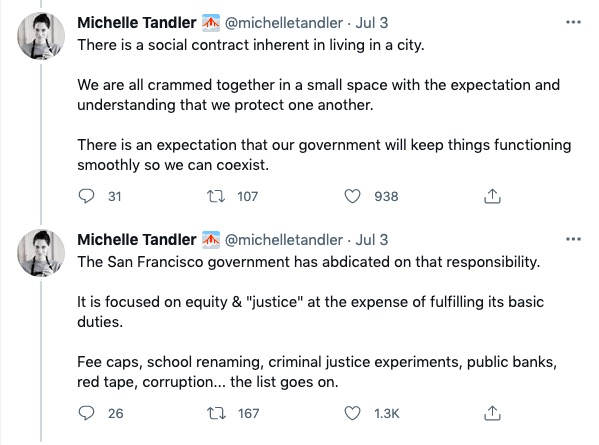 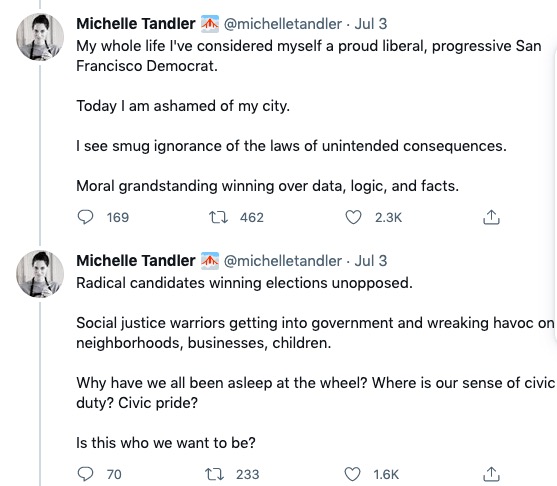 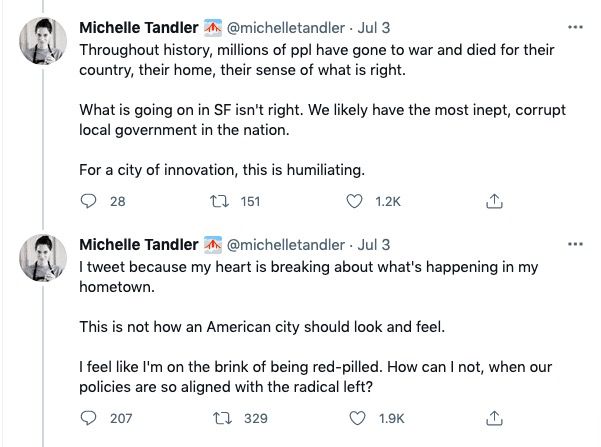 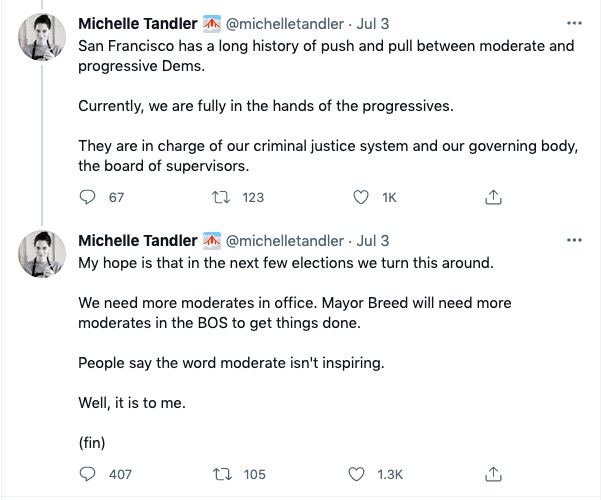 The thread garnered the response of Kate Chatfield, a senior director in the San Fran DA’s office.

First time being trolled by a San Francisco public official.

(Kate is a Senior Director at the SF DA’s office.)

Guess something I’m saying is hitting a nerve. pic.twitter.com/Vu7a2MR0rZ

On Tuesday morning, Fox & Friends reported on the shocking Neiman Marcus video and Chetfield’s comment that the root cause was racism. Commentator Leo Terrell called B.S. on that claim.

Last month, the video of a Walgreens being robbed in broad daylight as people — including a security guard — filmed it went viral on social media.

The San Francisco Chronicle reported at the time that Walgreens has closed 17 stores in the city in just the past 5 years.

A recent poll revealed that more than 40% of San Francisco residents are considering leaving the city in the next few years because of a decline in the quality of life due to the rise in crime.

Democrat cities are being taken over by the far-left and even moderate Democrats have had enough and are getting the heck out of Dodge. That’s fine — just as long as they don’t take the dumb policies that spur this kind of thing on with them to the new place.