Remember how Democrats pretended to care about separated families? What was once a handy propaganda line to hurt Trump’s odds at the polls has become a damning critique of Biden’s Bungling.

‘Separating families’. That was a line as effective as it was dishonest in using emotional appeal to swing public opinion against Trump.

AOC ran that photo op where she wore white and pretended to cry in anguish in front of that empty parking lot. It was proven to be staged, but that didn’t matter to her, since it still managed to get traction with her base. AOC Says Border Patrol Made Illegals Drink TOILET Water – Officials Call BS On AOC 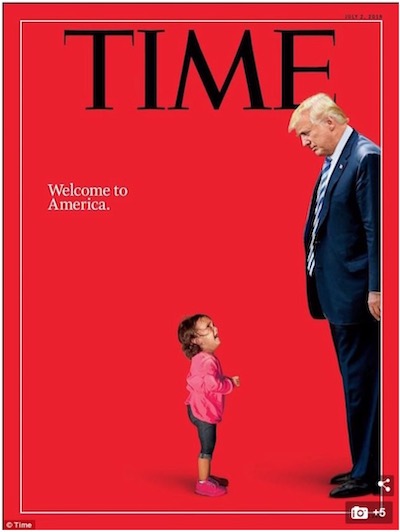 Not only was it an obvious photoshop pushing a particular political narrative, the story they exploited that little girl’s tears to tell never actually happened. Time had to apologize and make a retraction. Fake News: Time Confesses Cover Story Of Border Kid Separated From Mom Never Happened But even for those pushing the narrative, that’s ok… the damage was already done. More people see (and remember) the photo than see (and remember) the apology.

After all, long after the world was reminded that the photo that kicked off the ‘kids in cages’ narrative was taken while Joe was Vice President, that same photo was still used in hit pieces against POTUS 45.

Actual fact-checkers acknowledge that Democrat Barack Obama is the one who built the cages pic.twitter.com/xq1bWjbcEE

The guy who was in office while those photos was taken has been showing us just how morally superior he really is. Separating Afghani kids from their parents by bungling a hasty retreat from Kabul is a helluva strange way to send that message of better-than-Trump moral superiority.

Here’s the text of what the guy in this video is saying about those crying children. He is standing outside the Kabul airport, telling a reporter what is going on.

Man: The parents are inside, and the children are outside.

Reporter: Where are the children?

Narrator: Amid the chaos we were shown two children, apparently left behind when their parents were among the few to be admitted here.

Same Man [yelling at camera]: Mr. Biden! You did this! You planned this! You made the deal with the Taliban! This is the consequences of it! This is the ramifications of it! Mr. Biden, it’s your [unclear] calculation! You were against Trump, now we are against you! GO TO HELL BIDEN!

Sure sounds like the man in this video prefers Trump, doesn’t it?

This by no means the first carnage Bide’s poor judgment has left it its wake. Before this, we saw the chaos and devastation his Open Border policy left not just for the country, or cartels, but for the children caught up in the chaos by no fault of their own…