For a party that bleats so much about how ‘systematically racist’ America is, you might expect they would workshop their new power-grabs a little more carefully. But no…

Because for the left, it doesn’t matter whether something works in the real world, so long as it works in theory. They get judged on their intentions, not on the actual outcomes of their policy. And many ruined cities stand as incontrovertible proof that the road to hell really is paved with Democrat political intentions.

The unintended secondary consequences of their rush to push these COVID passports are just one more example of that axiom in action.

For the last six months the left has endlessly bemoaned the evils of ‘white supremacy’ and how tainted America is with it. They have shoe-horned the spectre of Jim Crow into every conceivable context. But for all of that bleating, they have been long on invective and short on data to prove their point.

Even in the most famous example, where Joe Biden shouted ‘Jim Crow 2.0’ over changes to election law that were still more permissive than their counterparts in his home state of Delaware, it wasn’t long before Democrats realized that most Americans of every racial background actually support voter id.

But if there is one thing that Jim Crow is best remembered for, it was the segregation of people by race. It’s associated with startling images like this one:

Restaurants forbidding black people to be seated. Aren’t you glad those days are behind us?

Well, they WERE behind us, anyway. Until New York went ahead with that COVID passport. Now, because of a statistical quirk, they’re pretty much back.

We’re not the only ones to think so. Hannity roasted him for it.

… starting August 16, indoor businesses will require customers to show proof of vaccination or otherwise turn them away.

But Hannity said it was hypocritical for de Blasio, a Democrat, to require documentation for customers to enter places of business after Democrats have strongly criticized voter ID laws as discriminatory.

‘Anyone that wants to dine indoors, or go to the gym or do pretty much anything inside, you will need to present documents proving that you have been vaccinated. Remember for months now Democrats insisted that all forms of voter ID, yeah they’re racist. They called voter verification voter ID laws “Jim Crow of the 21st century” and “Jim Crow 2.0″‘

…Additionally, Hannity noted that statistics show that only 33 percent of black people in the city are vaccinated, meaning very few would be allowed to enter most places of business.

‘That would mean 66 percent, fully two thirds of African Americans will be barred from restaurants, from concerts, from venues where you have ballgames, movie theaters all in New York City,’ he said.

‘This will now negatively and quite disproportionately impact minorities in New York City.’ — DailyMail

If you listened to Biden, the news, and the rest of the left you might assume that it’s evil white Republican dudes that are endangering the world by refusing to get vaccinated.

Those are pretty much the talking points, right? Biden and Psaki are pretty clear about laying blame at the feet of Fox News for the number of people who are still not vaccinated.

So, how does Biden square that talking point with the 66% of New Yorkers who will be barred from these various New York activities if they don’t present their proper documentation? 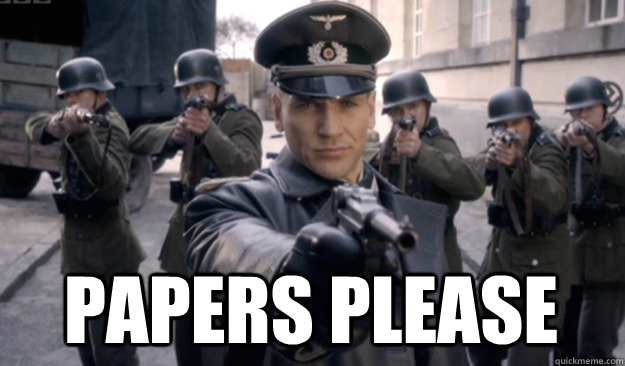 Maybe he’ll just chalk it up to that systematic racism he keeps telling us about.

That axiom of Democrats being guilty of whatever they accuse Republicans of doing keeps proving itself true in new and interesting ways.

Who would have predicted that New York would be introducing Jim Crow-style segregation to the northern states? The year 2021 is full of surprises.