The language used in this amicus curia brief sounds an awful lot like the same arguments we would use to discredit slavery.

If we found that children, adults, or even the elderly were being murdered in our midst so that someone could profit off the black market sale of their organs, we’d be gathering our torches and pitchforks.

But …. let it be done as a ‘service’ to the mother in a clinic with all the correct certification and perceptions change… especially when paired with those magic words ‘it’s for science’.

Was the Reich’s Dr. Mengele not evidence enough that man does many things ‘in the name of science’ that fly in the face of all medical ethics? More recently, how about ‘gain-of-function research’?

As SCOTUS prepares to hear a case out of Mississippi concerning limiting abortion to 15 weeks, rather than some later date, an amicus curiae brief was filed that included the work of David Daleiden, the journalist who blew open the ‘baby parts for sale’ story implicating Planned Parenthood in skirting laws intended to keep them from profiting from the sale of human remains acquired by abortion.

The brief references the prosecutions and a multi-million-dollar settlement that resulted from his reporting, as well as the Fifth Circut’s declaration that it had exposed a ‘willingness to use illegal partial birth abortions’ to sell fetal body parts.

The full 27-page PDF is available here, but here are some key takeaways that came up in the brief…

The Thirteenth Amendment to the U.S. Constitution provides that “Neither slavery nor involuntary servitude [ . . . ] shall exist within the United States,” amend. XIII § 1, and the Fourteenth Amendment provides that no State may “deprive any person of life, liberty, or property, without due process of law; nor deny to any person within its jurisdiction the equal protection of the laws,” … The Center for Medical Progress, supra note 4. 12 parts of premature or “pre-viable” infants that have been published through public records requests and not plainly recognize that in the trafficking of aborted fetuses for experimentation, human beings are being bought and sold for their usefulness to someone else’s labor

We have the gruesome admission that ‘intact fetal cadavers’ are viewed by Planned Parenthood as little more than a ‘line item’. 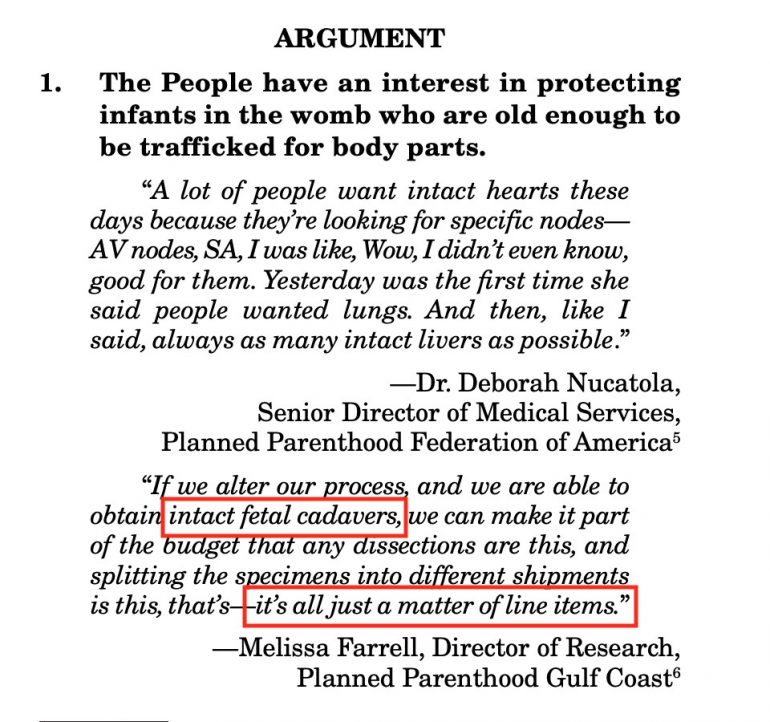 Next time someone uses the ‘clump of cells’ argument, be sure to ask them how they explain these abstract ‘clumps of cells’ being described by Planned Parenthood management as ‘fetal cadavers’.

We are told abortionists are working in the best interests of the mother. Does this sound like they are prioritizing clinical care, or the harvesting of organs for resale? 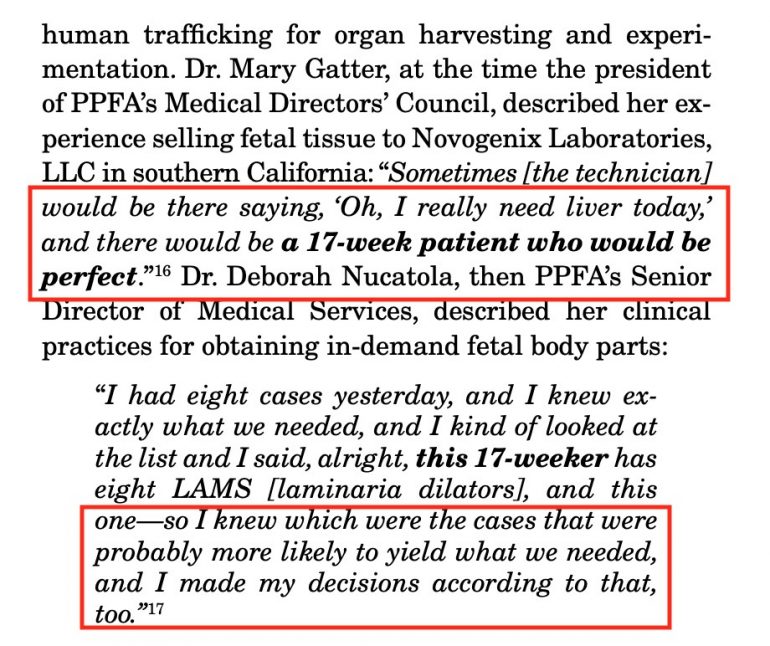 Statistically, black women comprise a lower percentage of the population, but a disproportionately higher percentage of abortions. Testimony given to SCOTUS indicates those trafficking in fetal cadavers have a particular interest in acquiring African-American cadavers.

As such, equal protection arguments were being made in this brief for the children whose organs were being trafficked. 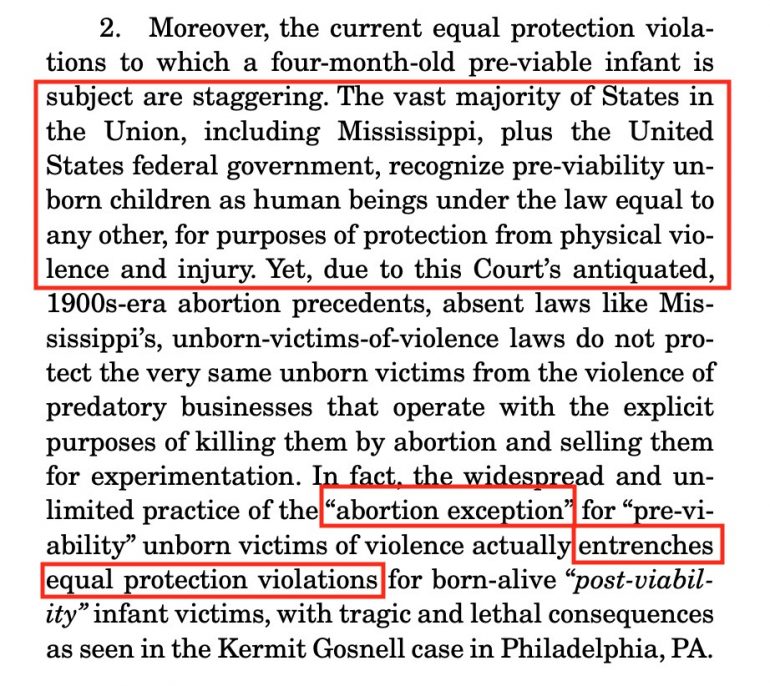 Just because they haven’t taken their first breath yet does not mean they have no protection under the law. And go back and read that born-alive part a second time. We’re talking about born-alive black babies, too…

How about ‘racial quotas’ on these fetal cadavers? Would that make a harrowing story even more grim? 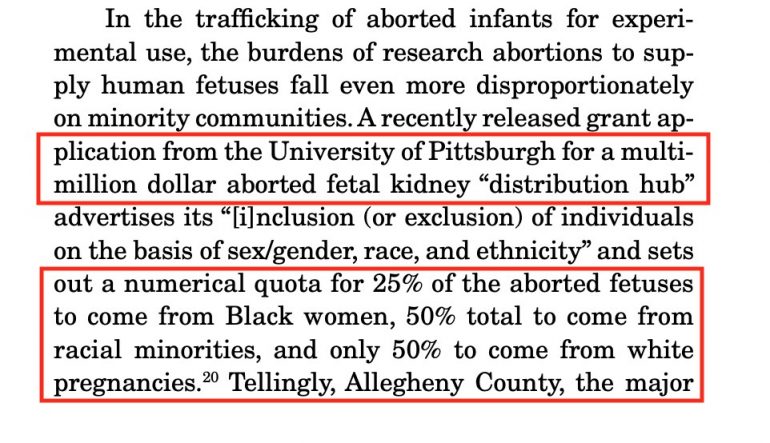 Democrats love to talk about ‘systemic racism’ and ‘white supremacy’… but in an institution like Planned Parenthood, we can actually see something resembling those prejudices played out in real life. Eugenicist Margaret Sanger would be proud. We see that bigotry in the disproportionate ending of non-white pregnancies, and the selling of their cadavers for profit.

With Emancipation, America no longer permits the sale of innocent victims into a life of chattel slavery.

But there’s still work to be done, so long as we can still condemn victims to death and sell them as spare parts.