If any ordinary picture is ‘worth a thousand words’, how many is the shot of 345 vacant seats flying out Kabul’s airport worth?

That photo tells more than just the story of a logistical SNAFU. It tells the story of God alone knows how many lives whose one hope of escape has just been cut off… and the administration that turned a relatively stable situation into a catastrophic crisis where political and religious reprisals are already going ahead.

Victims are being beheaded. And foreigners are stranded in a strange land that quickly shifted from being merely ‘unsafe’ to absolutely hostile.

Facing the credible threat of a car bomb, would-be evacuees at Kabul’s airport were told to leave immediately. There is nothing they wanted to do more than that, but unfortunately for them, leaving the country wasn’t the option on the table. They had to abandon their hope of hopping on a plane and putting the horrors of this situation comfortably behind them.

#Afghanistan: Due to threats outside the Kabul airport, US citizens should avoid traveling to the airport and avoid airport gates unless you receive instructions to do so. Those at the Abbey Gate, East Gate, or North Gate now should leave immediately. https://t.co/InzuVjXhLT pic.twitter.com/6ncsJBEVLu

‘Due to threats outside the Kabul airport, US citizens should avoid traveling to the airport and avoid airport gates unless you receive instructions to do so,’ the State Department tweeted on Wednesday night.

‘Those at the Abbey Gate, East Gate, or North Gate now should leave immediately.’

The order to leave the gates was issued at 3:30am local time in Kabul on Thursday morning.

It came as a 345-seat evacuation flight organized by a Washington DC-based philanthropist left Kabul Airport almost empty because its intended passengers could not get past the Taliban. —DailyMail

So much for Biden’s warm assurances that the merciless terrorists who think beheading infidels is a legitimate form of worship could be counted upon to provide safe passage for Americans and our allies fleeing the country. 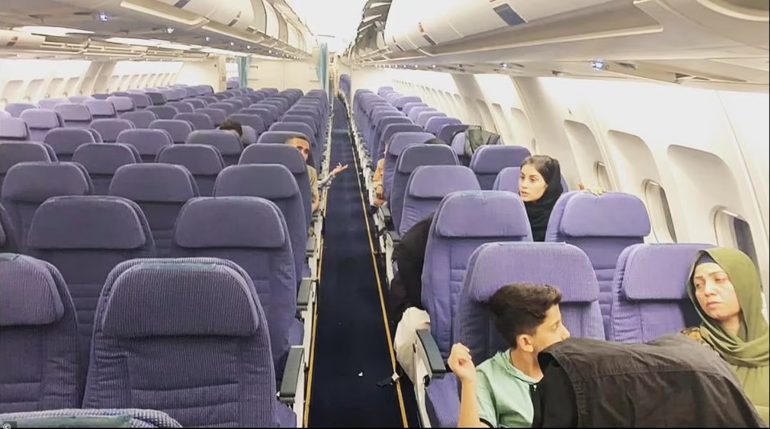 At this point, we don’t even know if the teachers and students from California who made the trip to Afghanistan will be able to find their way safely home again.

If this isn’t an absolute abdication of Presidential responsiblity to care for and protect our country’s own citizens … what is it?

Jen Psaki can dress this up with whatever winsome spin she wants, but if even one person is left behind in the clutches of any group with the Taliban’s well-documented history of violence, it will be seen by many — friend and foe alike — as nothing short of abject failure. The repercussions of such a failure could be more far-reaching than many of us can imagine.