A woman tore down the ads on the train saying that they were “gross” and weren’t appropriate for kids to see.

Corporations are overtly pushing a “progressive” social agenda and vilify anyone who disagrees with them as an -ist or a -phobe. This while they are shoving aggressively sexual ads in public spaces.

Some of the “inclusive” ads by OkCupid displayed on the subway refer to sexual fetishes as well as a variety of sexual identities. 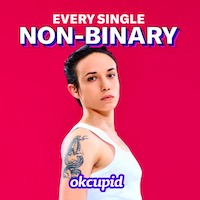 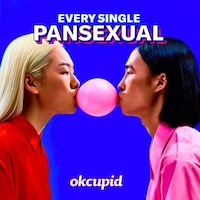 Another features a couple kissing amidst a tangle of limbs while a woman lays facedown across their laps with the caption “Every Single Non-Monogamist.” 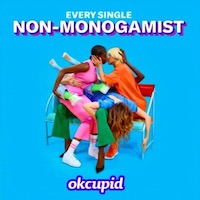 One disturbing and suggestive one targets the vaccinated. 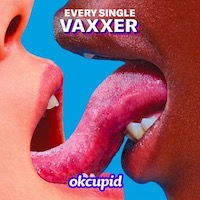 One subway rider had enough of it. She was tired of seeing these ads on the train and tore them down as other passengers sat quietly. She called the ads propaganda.

A fed up New York City subway rider ripped down suggestive OKCupid dating adverts in a display of fury where she questioned whether it was appropriate for children to view them.

‘This is propaganda, it’s affecting the next generation. I don’t know why no one sees this, this is disgusting.’

The ads are a part of the OkCupid’s inclusive ‘real dating’ campaign, promoting single New Yorkers to get back out there as the city reopens. Paired with suggestive photos and an array of sexual identifies, fetishes, and characteristics, the company stated: ‘We celebrate you: every single one of you.’
Source: Daily Mail

A Twitter user with the handle “Unbelievably Based Asian Lady” posted the videos on social media saying that they had also seen the ads but didn’t act on them as the bold Asian lady did in tearing them down.

The unidentified woman in the video then shifted to the larger issue — control. “Woke” corporations and the government are overtly pushing an agenda and she claims it’s dividing society.

From vaccine passports and mask mandates to the push for “body positivity” as a form of “Diversity, Inclusion, and Equity” (DIE) she says it’s all being used to create divisions in society. It’s a giant ideological war and one side has the media, Hollywood, and corporations and they’re very aggressive.

“Divide and conquer, that’s what the Chinese want. The government is against us and you don’t see it. You guys think you take a vaccine and this is going to go away? It’s never going to go away,” she said.

“This isn’t about equality, guys, this is about communism,” she claimed.

“They’re coming for your children,” says a man pulling down the ads with her.

“It’s going to make more sense to have a ‘fat pass’ than a ‘vaccine pass,’ because guess what, most people in the ICU are overweight,” she said adding, “But we don’t want to fat shame,’ she said sarcastically, ‘we don’t want to go to the gym right?”

The Daily Mail reports that an official with the Metropolitan Transit Authority (MTA) said that the OkCupid ads were vetted to ensure that they didn’t violate guidelines, adding that riders cannot destroy ads that they find offensive.

‘There is a review process for subway advertisements, the OK Cupid ads went through that process and were determined not to violate MTA guidelines,’ he said.

However, he added that although customers have the right to complain about adverts, they cannot destroy them.

‘Riders who violate that basic principle are subject to prosecution.’

It’s not clear whether the woman has been identified and spoken to by the MTA.
Source: Daily Mail

It seems that the MTA officials find it acceptable to put suggestive sexualized ads on the subway in the view of children, but a person tearing down the disgusting ads might get you in trouble with the law.

We live in a clown world.

And this is precisely the problem.

The Twitter account posting the videos agreed that identity politics (“idpol”) is being used to divide people into two groups — those who agree with the left’s worldview and the “bigots” that don’t.

Saying NO to idpol propaganda doesn’t make you homophobic or fatphobic or misogynistic. The whole point is for you to think that it does when you say NO to them.

The left is redefining words for their benefit. If you oppose vaccine mandates — even if you’ve taken the COVID jab — you’re “anti-vaxx.” If you think that men who say that they’re women shouldn’t be in women’s change rooms, then you’re a “transphobe.” If you think that the growing list of gender identities is confusing and shouldn’t be taught to children, then you’re a bigot.

Conservatives tend to be squishy and rollover allowing the left to set the narrative. No. It’s time to push back.

Maybe it’s time to use this tactic against them.

If they want to push vaccine mandates for basic services, call them “authoritarians” and “fascists”; if men want to come into women’s change rooms and those in charge defend it, call them “misogynists” who “enable predators” and say that they don’t care about the safety of women and are fine with “women’s erasure”; and if they want to teach all sorts of gender confusion to children, call them “perverts” who want to sexualize kids — and the only reason that I can think of to do that is that they want to normalize pedophilia.

The left’s push to normalize sex as the equivalent of a handshake is just weird — especially now since handshakes have become considered a “vector of disease” because of the ‘Rona. The idea that people should just chase after an orgasm is not just shallow, but it’s also demeaning.

Human beings are far more than just rutting pigs at the whims of their hormones.

Conservatives need to stand up to these nutters on the left and assert that people are multifaceted and that there are some things that kids shouldn’t be exposed to because their brains haven’t fully developed to comprehend yet.

Conservatives need to stand up and fight to maintain children’s innocence because we’ve seen that the left sure as hell won’t do it.