Enes Kanter may be miles apart from most of our readers on a lot of issues, but we commend his courage for taking a principled stand that could cost him dearly.

Remember when the NBA frantically denounced one of their own who had committed the grave ‘sin’ of criticizing Chinese foreign policy? They were willing to endure any kind of abject servitude to Xi rather than be parted with Gazillions in Chinese revenue.

It seems like a lifetime ago, it was before COVID. If you’ve forgotten, here’s a sampling of our coverage at the time to refresh your memory.

And while the rest of us were otherwise preoccupied with a pandemic that came straight outta Wuhan … China made its move.

We on the Right mocked the NBA’s lack of scruples the same way (and for the same reason) that we mocked the emasculated John Cena when he formally apologized (in CHINESE!) for saying ‘Taiwan’. Here’s The Latest About Fast & Furious 9’s Ratings After Cena’s Shameless Pandering To China

Credit where it’s due, unlike the biggest names in the NBA, there is at least one NBA player not willing to sell out to China, who is too proud to roll over and prostrate himself as Xi’s little bitch.

Celtics center, Enes Kantor isn’t just calling out China’s lapdogs in the NBA, he’s poking the Communist Chinese in the eye with a very pointy stick.

Remember how pissy that thin-skinned tyrant Xi got when he was being mocked with this image? 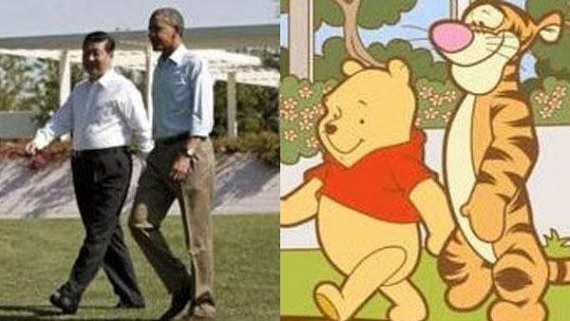 The tubby little cubby all stuffed with fluff didn’t like it one little bit. In fact, the willy nilly silly old bear censored Winnie The Pooh on the Chinese internet. If there’s one thing tyrants fear and cannot tolerate, it’s the laughter of dissidents. (In case you’re wondering why the left is so uncomfortable with the Let’s go Brandon chant.)

If a pro-democracy tweet set him off, or a little light ribbing, you can just imagine how well THIS speech will go over in Beijing:

He’s been pretty much the lone voice standing up, not only to denounce Xi and the CPP abuses of its own citizens, but he hasn’t pulled any punches against the NBA’s biggest endorsement cash cow — sneaker companies like NIKE.

In fact, Kanter, who has a much more positive view of movements like BLM and other activist groups in the West than we would be willing to concede, has been calling out other politically activist players for their silence in the face of China’s endless human rights abuses.

His team has already been punished financially by China for Kanter’s outspokenness. China Retaliates Against NBA After Athlete Blasts Xi Over TIBET Abuses

But instead of backing down. He’s doubling down.

He has unleashed a shoe that takes dead aim at China’s oppressive history and at Xi personally linking them into one scathing image.

If you look carefully at the images, they feature Winnie the Pooh in two different scenes.

The first is the Pooh-bear’s disembodied head being held like a basketball by Kanter himself. 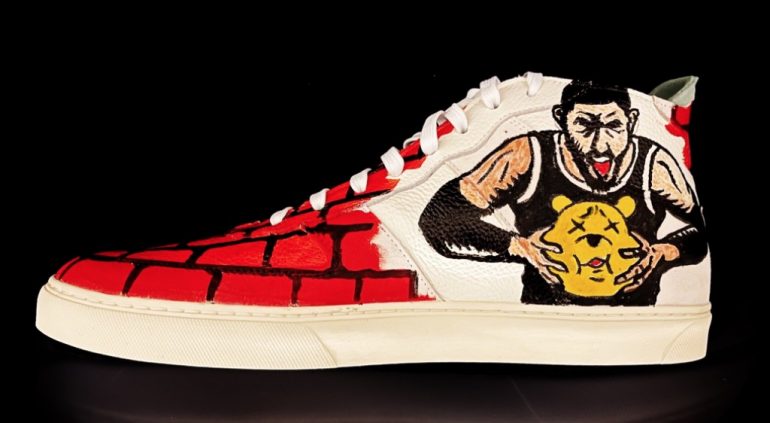 The second is a re-imagining of the famous Tank-man photo from Tiananmen Square with Kanter as Tank-man and the Pooh-bear’s heads perched on top of the tanks. 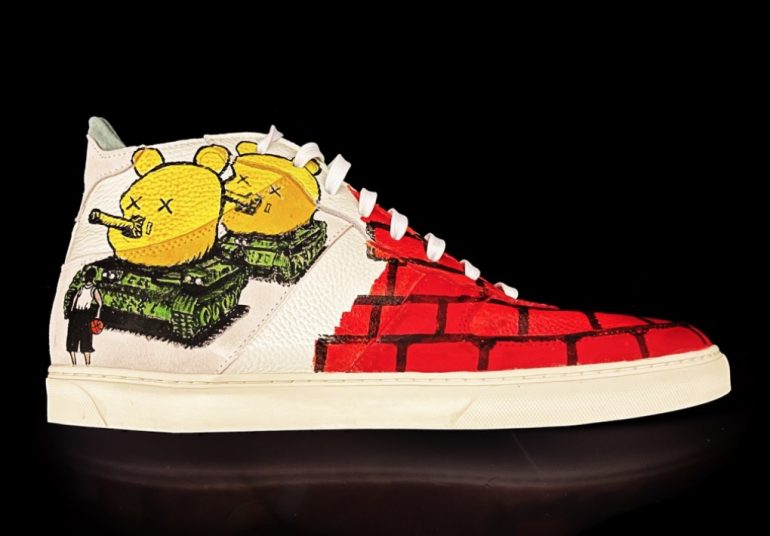 The shoes themselves are bilingual, saying ‘Free China’ in two languages.

He has others, too…

To those of you who care about human dignity:
Please join me in spreading the word.
What is happening to the Uyghurs is one of the WORST human rights abuses in the world today.

You don’t even have to be a fan of the sport to cheer Kanter’s courage.

We share his concern for what’s happening in China.

In Light Of China’s Ethnic Cleansing, Is It Time To Recognize ‘East Turkistan’ As An Occupied Nation?

We love it when people take a strong, principled stand. It reminds us of someone…