We may not have heard the end of the Derek Chauvin case yet, especially if the revised sentencing of Mohamed Noor comes into play.

Mohamed Noor’s story made international headlines in 2017, when, in responding to a 9-1-1 call from a female Australian tourist, Justine Ruszczyk Damond.

Noor was a cop who somehow shot the unarmed woman who called for police assistance in the first place. His name never came up during the BLM riots because this case undermined their official narrative. 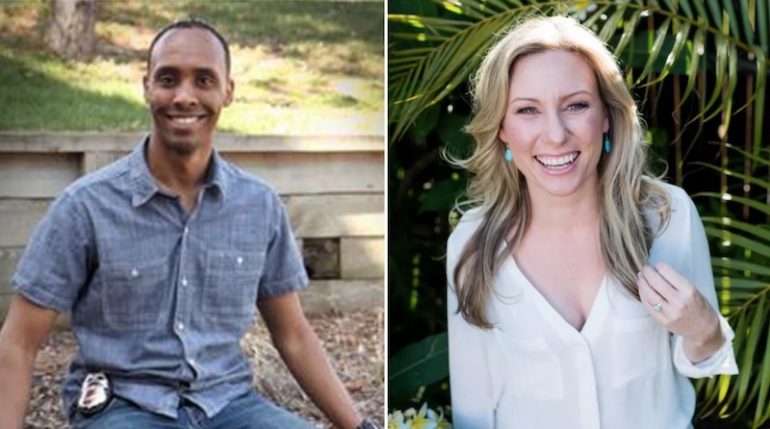 Here are some of the key facts of that fateful night.

Ms Damond, a dual citizen of the US and Australia, called 911 to report a possible sexual assault behind her home in July 2017.

…In the first emergency call from the night, Ms Damond can be heard saying a woman sounds distressed and she thought she heard the word “help”.

Ms. Damond called back eight minutes later to ensure police had the right address. She was told officers were on the way.

The former Sydney resident went to meet the police car and was shot by Noor who was sitting in the front passenger seat.

He and his partner said they were startled by Ms Damond. –News Australia

Originally, Noor was convicted for 3rd-degree murder, and sentenced to 12 1/2 years in prison. But another judge has heard that case.

He remains in prison for the death of an innocent woman, but both the charge and the duration have been revisited and revised downward by a judicial ruling on the case.

The Minnesota Supreme Court on Wednesday reversed the third-degree murder conviction of a former Minneapolis police officer who fatally shot an Australian woman in 2017, saying the charge doesn’t fit the circumstances in this case…

…In the ruling, the Supreme Court said that for a third-degree murder charge, also known as “depraved-mind murder,” the person’s mental state must show a “generalized indifference to human life, which cannot exist when the defendant’s conduct is directed with particularity at the person who is killed.” — CBS

What does this have to do with Derek Chauvin’s case?

Like Noor, Chauvin was sentenced to and convicted of 3rd-degree murder. There were plenty of people outraged that the charge wasn’t 1st Degree murder which they considered ‘open and shut’.

It wasn’t that simple. And now a judge has just ruled that Noor’s shooting of an innocent woman did not meet the requirements of third-degree murder. In the court’s own words, a threshold of a ‘generalized indifference to human life which cannot exist when the defendant’s conduct is directed with particularly at the person who is killed’ must be met to qualify as third-degree murder.

The allegations against officer Chauvin were never that he was a threat to all people generally, the way say a drunk driver might be, or someone firing a weapon blindly into the air might be. The allegations against Derek Chauvin have always been that he, personally, was a direct threat to George Floyd, personally and not to all persons in the vicinity.

By that standard, the prosecution has obviously brought the wrong charge against the accused.

Does this mean he will go free? That’s unlikely, especially considering the high-profile nature of the case. But at the very least it suggests a reduced penalty.

But considering all the other regularities in his case, including interference from elected Democrats and the President himself, he might get that retrial after all.

I continue to stand by what I said in an earlier article on the issue, when charges against Chauvin were first being considered…

This writer is careful NOT to demand any particular court ruling, or particular charges. That’s not how the justice system in a nation with the freedoms America cherishes was designed to work. Justice is meant to be blind, evaluating the facts and coming to a determination. This writer wants the charges, the ruling, and (if found guilty) the sentencing that is found to be in line with the full scope of facts of this case.

We may not love that outcome, but the American system was specifically designed to draw the best and most just outcome possible out of a messy and complicated situation.