The “Trust the Science” crowd doesn’t seem to be up on the latest Science.

Fauci said on Sunday that vaccinated people will still need to wear masks outdoors this winter because the Coronavirus case numbers in the U.S. are still “too high.”

Maybe we can repurpose the “Let’s Go Brandon!” chant to include the Prevaricating Authoritarian Smurf…

A month ago, David Zweig wrote in the Atlantic that one of our most reliable metrics for evaluating the Wuhan Virus situation is increasingly becoming unreliable. We’ve often looked at hospitalization numbers to indicate the severity of SARS-CoV-2 spread is, but Zweig writes that with the mandatory testing for COVID in healthcare facilities, almost half of “COVID cases” are mild or asymptomatic and patients may be in the hospital for an entirely different reason.

Yet, most of our policy is based on preventing hospitals from “being overwhelmed.”

Frankly, most of our Wuhan Virus policies aren’t based on what we know about airborne respiratory viruses and this virus in particular. Masks and the arbitrary six-foot “social distancing” come to mind.

Here are a handful of new reports that show just how much we’ve learned about this virus and the Delta Variant.

1. Children and the Delta Variant

Teachers’ unions influenced the CDC to shape policy so teachers didn’t have to be in the classrooms, even though we know that the China Virus posed very little risk of serious illness to children. If they didn’t want to bother to do the research, Dr. Paul Alexander could have told them that. So could the Lancet and NPR, neither of which are “right-wing” propagandists. Still, teachers carried on like they were going to die if they entered a classroom and used the pandemic to make Marxist demands.

Now, teachers’ unions are fearmongering about the Delta Variant.

Yet, Reuters reports that the Delta variant doesn’t make children sicker than the Alpha (British) Variant or the original strain of COVID.

The Delta variant of the coronavirus does not appear to cause more severe disease in children than earlier forms of the virus, a UK study suggests. Earlier this year, the research team found the Alpha variant of the virus did not appear to make children sicker than the so-called wild, or original, form of the virus, first seen in China. New data suggests that kids also do not get any sicker from Delta than they did from Alpha. Researchers compared two groups of school-age children with COVID-19: 694 infected with the Alpha variant between late December 2020 and early May 2021, and 706 infected with Delta between late May and early July. As reported on Thursday on medRxiv ahead of peer review, children infected with Delta had slightly more symptoms. But in both groups, very few children needed to be hospitalized and long periods of illness were uncommon. In both groups, half of the children were sick for no more than five days.
Source: Reuters

By the way, Canada’s Himbo-in-Chief doesn’t know that the Wuhan Virus isn’t a big threat to children, so he’s taking away Charter-protected rights to force everyone to get the jab up there in Canuckistan. And watch out… you know Clueless Joe would do the same thing in the “Land of the Free.”

It should also be noted that back in August, the Hill reported that the “DEADLY” Delta Variant™ has symptoms that can be confused for allergies or the common cold — runny nose, sinus congestion, sore throat, cough. They also included a fascinating little tidbit — vaccinated people who contract Delta report more sneezing than the unvaccinated. Doesn’t that mean that the vaccinated are more likely to transmit the virus than an unvaccinated person? Weird that that’s not being discussed, isn’t it?

Reuters also reports that people who have recovered from the Wuhan Virus have a much more robust production of memory B cells than those who have been vaccinated. Memory B cells last longer than antibodies from either vaccination or infection and provide protection against variants.

In COVID-19 survivors, important components of the body’s immune response called memory B cells continue to evolve and get stronger for at least several months, producing highly potent antibodies that can neutralize new variants of the virus, a new study has found. By comparison, vaccine-induced memory B cells are less robust, evolving for only a few weeks and never “learning” to protect against variants, researchers reported in a paper published on Thursday in Nature. COVID-19 vaccines do induce more antibodies than the immune system does after a coronavirus infection. But the immune system response to infection appears to outshine its response to vaccines when it comes to memory B cells. Regardless of whether antibodies are induced by infection or vaccine, their levels drop within six months in many people. But memory B cells stand ready to produce new antibodies if the body encounters the virus.
Source: Reuters

A study from George Washington University could put a damper on Merck’s application for FDA “emergency use” of its new ‘Rona pill… although, Pfizer’s knock-off Ivermectin might still be a go.

Aspirin, the common, inexpensive, over-the-counter medication seems to do double duty as a prophylactic (preventative) medication as well as a therapeutic (treatment). According to the study, Aspirin that was taken by Coronavirus patients for unrelated medical issues reduced the need for mechanical ventilation and may have protected their lungs.

The team investigated more than 400 COVID patients from hospitals across the United States who take aspirin unrelated to their COVID disease, and found that the treatment reduced the risk of several parameters by almost half: reaching mechanical ventilation by 44%, ICU admissions by 43%, and overall in-hospital mortality by 47%.

“As we learned about the connection between blood clots and COVID-19, we knew that aspirin – used to prevent stroke and heart attack – could be important for COVID-19 patients,” said Dr. Jonathan Chow of the study team. “Our research found an association between low-dose aspirin and decreased severity of COVID-19 and death.”…

…Israeli researchers reached similar results in a preliminary trial at the Barzilai Medical Center in March. In addition to its effect on blood clots, they found that aspirin carried immunological benefits and that the group taking it was 29% less likely to become infected with the virus in the first place.
Source: Jerusalem Post

A new study seems to show that there is a promising new treatment that will also do double-duty — reduce viral load and minty-fresh breath!

The risk of contamination and dissemination by SARS-CoV-2 has a strong link with nasal, oral and pharyngeal cavities. Recently, our research group observed the promising performance of an anionic phthalocyanine derivative (APD) used in a mouthwash protocol without photoexcitation; this protocol improved the general clinical condition of patients infected with SARS-CoV-2. The present two-arm study evaluated in vitro the antiviral activity and cytotoxicity of APD. Additionally, a triple-blind randomized controlled trial was conducted with 41 hospitalized patients who tested positive for COVID-19. All the included patients received World Health Organization standard care hospital treatment (non-intensive care) plus active mouthwash (experimental group AM/n = 20) or nonactive mouthwash (control group NAM/n = 21). The adjunct mouthwash intervention protocol used in both groups consisted one-minute gargling/rinsing / 5 times/day until hospital discharge…

…This study indicated that the mechanical action of the protocol involving mouthwash containing a compound with antiviral effects against SARS-CoV-2 may reduce the symptoms of the patients and the spread of infection. The use of APD in a mouthwash as an adjuvant the hospital COVID-19 treatment presented no contraindication and reduced the hospital stay period.

As an added bonus… “The use of the gargle/rinse protocol was possible and tolerable with no side effects. All the participants reported a pleasant, sweet taste after using both AM and NAM.”

There also appears to be evidence that a common, readily available mouthwash works, too.

This isn’t medical advice. This is just a list of research that has been published, reported, and is readily available. Some of it has not yet been peer-reviewed, but as we’ve seen in the past, that process can be fraught with bias.

As ClashDaily has constantly said during this pandemic, the coronavirus is real and you should talk to your doctor. If you’re older and have comorbidities, you should really consider getting vaccinated. If you’ve already had the Wuhan Virus and you’re young and healthy, maybe you don’t want to sign up for the Pfizer subscription plan, but you should still talk to your doctor. (You should also know that doctors have been warned that they could lose their license to practice medicine if they contradict CDC guidelines.)

There is a lot of interesting and promising research out there that shows that we’ve learned a lot in the past (almost) 2 years and people are getting creative with solutions, much to Big Pharma’s chagrin.

For those people, here’s a great stocking stuffer idea… 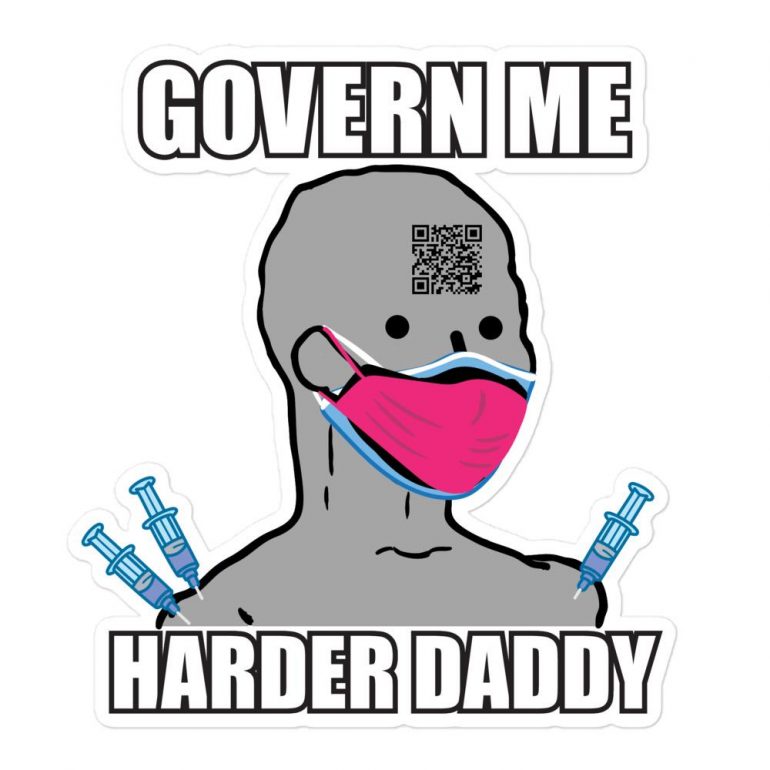 Maybe you could give them a robust chant of “Let’s Go Brandon!” while you’re at it.

Despite what Fauci had warned, the return of College Football to packed stadiums hasn’t left a trail of bodies in its wake.

People can’t assess risk anymore. Although it’s absolutely tragic that globally, 4.8 million people have died with the Wuhan virus since December 2019, it’s also tragic that more than 10 million have died from communicable diseases just this year, and there have been over 33 million abortions so far in 2021.

It’s time for this to end.