This is exactly the sort of story that gives those Democratic political spin doctors insomnia and night sweats. Try as they might, even the media can’t keep the charade going forever.

Biden is an abject failure, and people are waking up to that fact. The cracks in the facade are getting too big to cover up, even for Joe’s Big Tech and Media flunkies.

It started in the simplest of ways, with chants of ‘f**k Joe Biden’ in the sporting events. But it took a turn when one hapless journo (Kelli Stavast) either ignorantly or corruptly tried to tell her NBC audience that the crowd was really chanting ‘lets go Brandon’ after Brandon Brown won his NASCAR event. The f*** Joe Biden chant was clearly audible in her own clip.

Suddenly there was a ‘FJB’ chant that wasn’t just rude, but it was mockingly cheeky. Better yet, it was one you could (in good conscience) chant in mixed company and in the presence of children.

It became an inside joke. And most dangerous of all to the button-down wags in the beltway, it became a FUN way for the public to be irreverent to a clownish oaf who demands respect he hasn’t really earned.

In short, Joe Biden is now a laughingstock.

Pop culture didn’t just embrace the taunt celebrated it and they amplified it.

A ‘let’s go Brandon’ song rocketed to the top of the charts, knocking Adele out of top spot. This is that song…

Biden said the jab stopped the spread, it was lies. How you WOKE but you haven’t opened your eyes? ?

A controversial new rap song mocking the leader of the free world has rocketed to the top of the iTunes charts, booting Adele from the No. 1 spot — even after getting banned on YouTube and Instagram for spreading “harmful false information.”

“Let’s Go Brandon,” released last week by avowed President Donald Trump supporter Bryson Gray, has been sitting at No. 1 since Sunday, when it refused to fulfill the lyrical request of Adele’s much-hyped comeback single “Easy On Me.” (The Brit pop diva sits at No. 3 behind a random redux of Gray’s hit song by YouTube rapper Loza Alexander.)

The 30-year-old rapper believes his single shot to No. 1 because of the YouTube ban. — NYPost

The damage control nightmare would be big enough for the spin machines if the #1 song was Let’s Go Brandon. But that phrase accounted for the entire top 3 in the Itunes chart! Twisting the knife even more is the entry at #8, which is another version of the song in slots 2 and 3.

In other words, 4 of the top 10, and ALL of the top 3 songs on the chart are explicitly flipping the middlle finger to Joe Biden.

With the entertainment industry being the playground of leftist messages for so long, this comes as a HUGE red flag for just how unpopular the angry and dazed old man behind the irresolute desk really is with the general public. 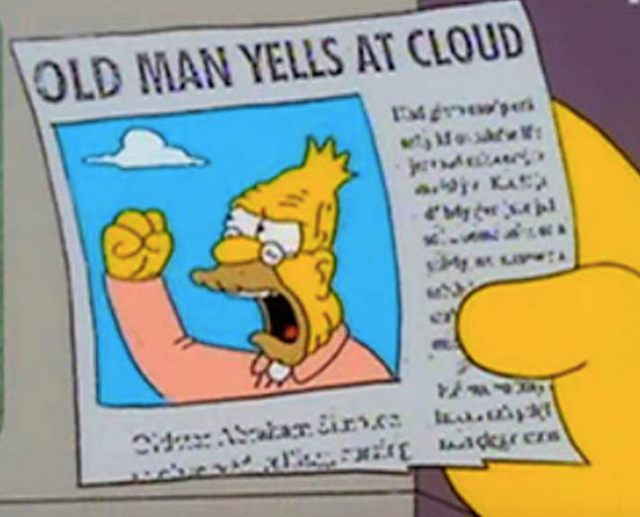 Suddenly it’s getting ‘that’ much harder for Beltway Democrats to blame their problems on their favorite boogeyman, ‘racist white guys’. Really, how do you blame an anti-authoritarian rap song rocketing up the charts, when the black guy singing it happens to be wearing a blue ‘impeach Biden’ shirt and a red hat with white writing that looks strangely familiar …

The top 3 songs on iTunes are titled… “Let’s Go Brandon.” 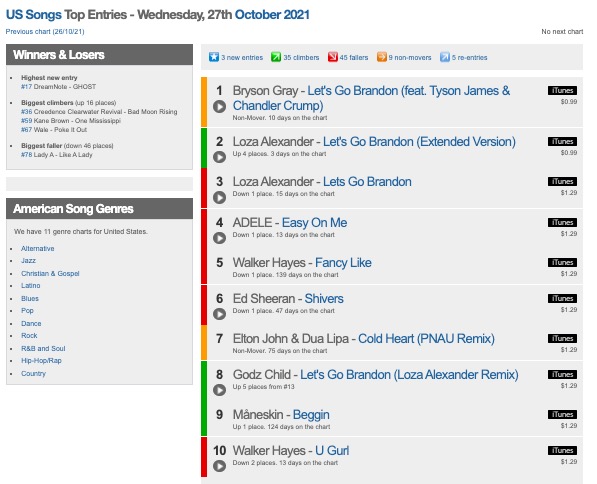 A closer look at the top 4 songs shows that Bryson Gray’s song has been at the top of the charts for several days. 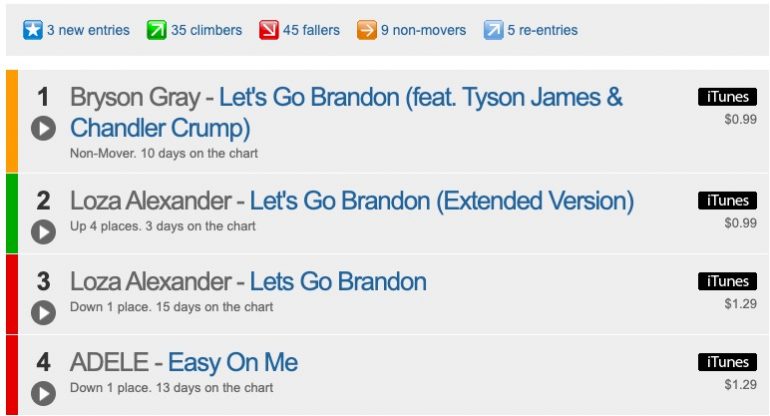 If you look at just the iTunes Hip-Hop and Rap chart, 6 of the top 10 songs are “Let’s Go Brandon.” 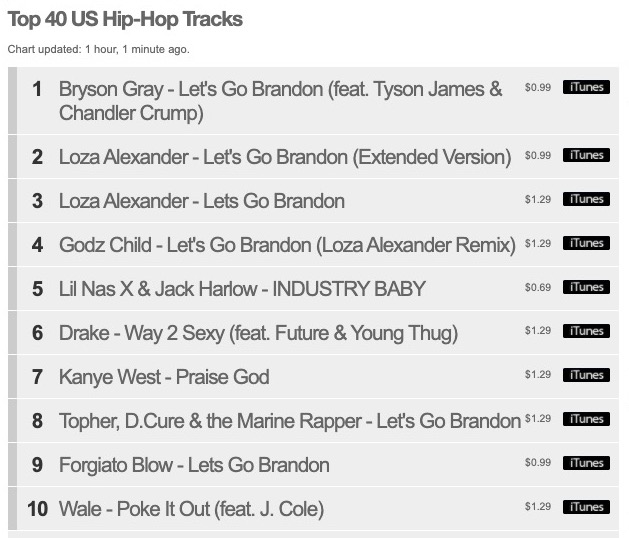 Another let’s go brandon song. Get it to top 5 just to piss the left off. https://t.co/UspSuGrvOR

I always show respect when respect is due. Tim Pool just talked about how my song is banned. Respect! @Timcast pic.twitter.com/yjGrGz6IKg