Mothers and fathers are different, right down to the biochemical relationship we have with our kids. We experience our roles in relating to our children differently.

There was a time that saying so was uncontroversial. But we have complicated what was once simple.

We now live in a time when nobody bats an eye when two guys can live in a way that mirrors the relationship between a husband and wife. When they can adopt children brought into the world by someone else, and raise them without a maternal influence.

And when they can decide that they need the benefit of the recovery time originally created for a new and nursing mother to recover from any of the difficulties (such as psychological strains like post-partum or delayed healing from what might be delicately described as significant internal bodily changes) associated with pregnancy that are experienced by some new moms.

So, Paternity Pete had none of the complications that come along with pregnancy.

But he was more than happy to take a six-month paid leave of absence almost immediately after accepting the role.

As a result, he is nowhere to be found while the department he was picked to head up faces a massive crisis in supply chain issues. Keep in mind, that political appointments like this one often only last a year or two. If he knew he would not be available for the job, maybe he should have declined it. (We can’t help but notice he can’t put in a work day, but he somehow DID find the time to duck out to Chicago to attend the opening of a ‘Mayor Pete’ documentary at the film festival on October 14th.)

Six months of (unannounced) paid leave? Pete is getting called out on it.

For context, when Joe Rogan weighed in on the Paternity leave, he was criticized for doing so. 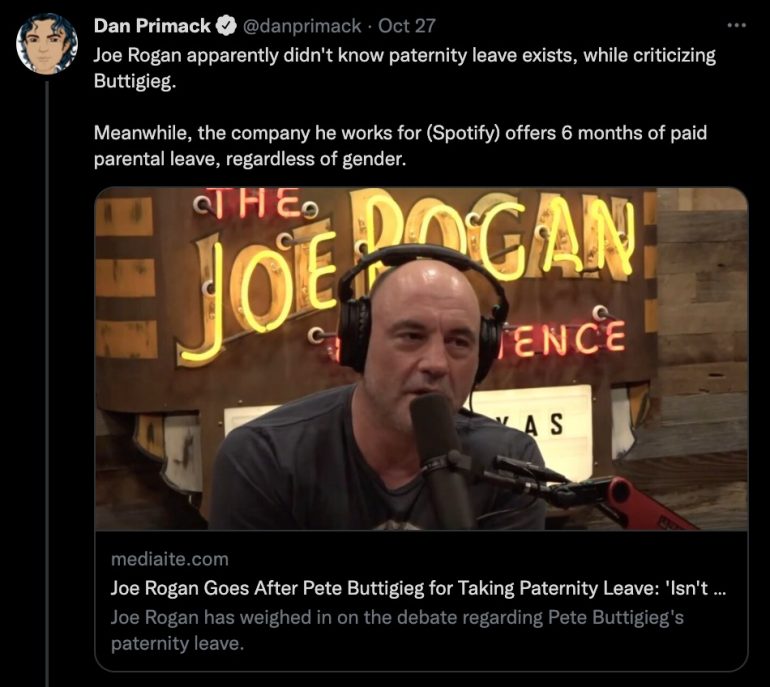 The internet being what it is, that set up an opportunity to respond. The response he got was spicy… especially this one from a Silicon Valley bigwig and one of the founders of Palantir. 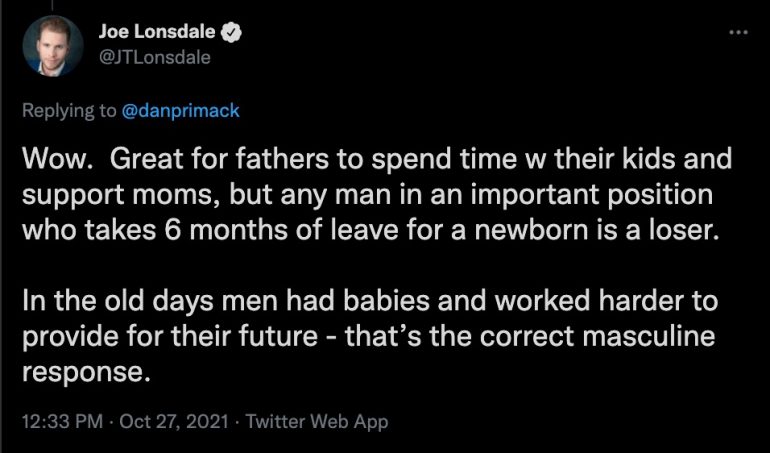 People went out of their way to miss the point. Joe tried to clarify.

There’s really not much you need to add to that, is there?