We’ve come to the point where Democrat policies have gotten so stupid that it’s almost impossible to tell the difference between their serious policy proposals and ham-handed attempts at trolling the right.

This time, it’s a case of ham-handed trolling. Dems are hoping conservatives will be outraged, so that they can judo that outrage against you and use it to bolster the argument for abortion.

Don’t take the bait. This clown WANTS to be at the center of a firestorm. He WANTS be yelled at by conservatives.

The only emotions this stunt ought to stir up in us are either pity or contempt. He’s certainly not worth the energy of your rage.

They don’t just want women to have the right to snuff out the life in their womb… they want to completely remove the social stigma for any abortion whatsoever, no matter HOW far into the pregnancy that mother has carried her child.

We are no longer even in the territory Obama found himself in when he ducked the question of when the baby in the womb qualified as ‘life’ — and therefore required legal protection — by saying that question was ‘above his pay grade’.

More than that, Dems have long since left behind the Clintonian mantra of ‘safe, legal, and rare’, exchanging that instead for ‘shout your abortion’.

Democrats are now actively pushing abortion as a positive good, right up to the moment of birth, and no longer even grapple with the question of fetal rights to life. They’ve become so brazen that many of them can look you right in the eye and say it wouldn’t matter to them if you could absolutely prove the baby in the womb was a living human being, the right of the mother to kill that life would STILL be absolute.

Here’s where we switch gears from the macabre to the absurd, and look at his parody legislation. 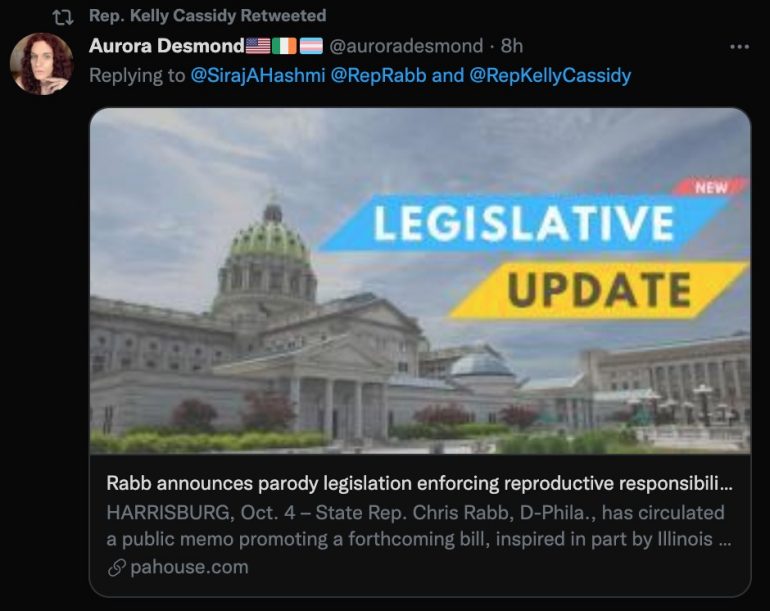 What is it he’s suggesting in this parody legislation, and more importantly, what is he saying about his own beliefs in the process?

Let’s start with the ‘legislation’ itself. Here is a summary he put online. 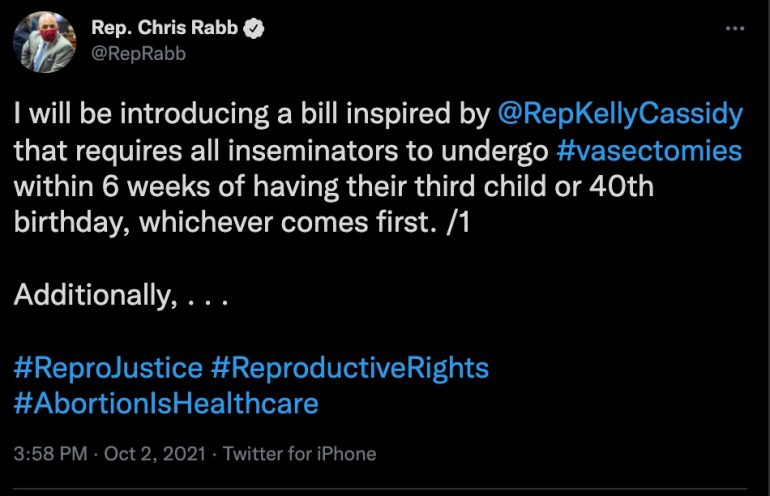 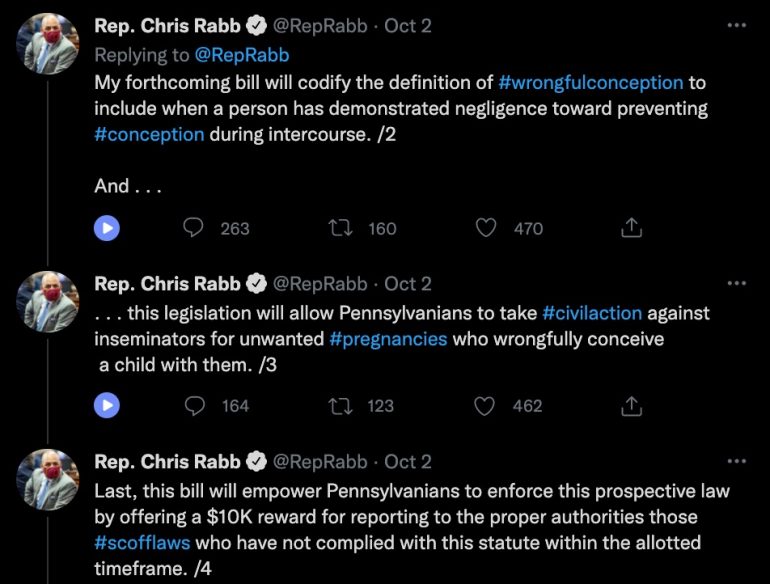 He is trying to make the point that the government forcibly sterilizing a man is exactly the same as a government protecting the life of an unborn child with a beating heart so that he or she can survive until birth.

Isn’t he so very clever? He sure thinks so. He even trolled Newt Gingrich with a snarky ‘snip snip’ in his reply. He’s a real comedic genius, that one.

Here are a couple of posts from the timeline of the Illinois legislator who ‘partially inspired’ his sublime cleverness. 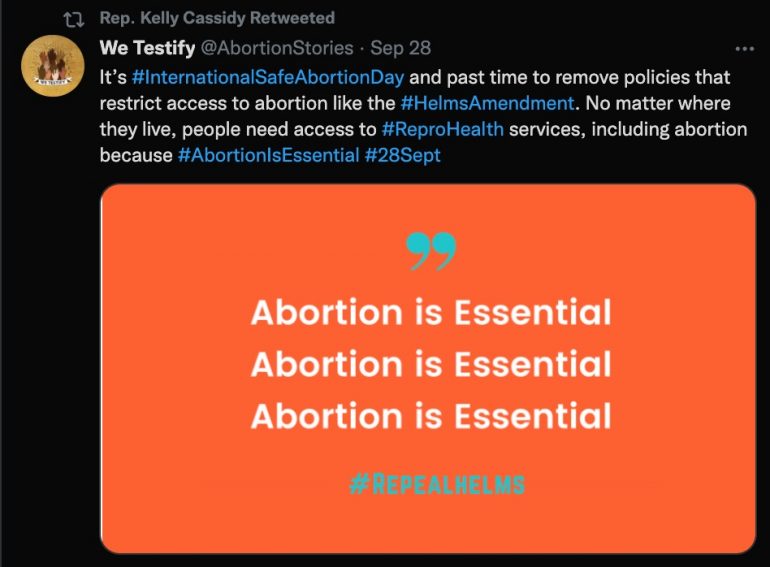 And here’s the person who was posting that.

So, what did these people get wrong?

For one thing, there is already a ‘consequence’ for ‘inseminators’ who demonstrated ‘negligence’ in ‘preventing pregnancy’. It’s called child support.

Second, it is an absolute lie to call their policy ‘reproductive’ rights. If anything, they want anti-reproductive rights… the right to undo the act of procreation once it has occurred.

You could frame the exact same fact in a different light by saying they insist that expectant mothers have a right to kill unwanted life.

They lie when they say pro-life advocates are anti-choice. A wide range of alternatives exist in which physical affection between two people can occur without an unwanted child.

If public schools’ sex ed classes actually worked as advertised, unwanted pregnancies would not even BE a problem. Sexually active people would be adult enough to know how to prevent unplanned pregnancies from happening in the first place.

When the new legislation in Texas rolled out, suddenly there was a big push on telling the public about contraception options.

Is that not an admission that the pro-abortion crowd was just using abortion as retro-active birth-control?