As is usually the case, the reviews by the film critics and those by the audience couldn’t be farther from each other.

The documentary on Dr. Anthony Fauci by National Geographic premiered on the Disney+ streaming service on Wednesday, October 6, and a whole lot of people have taken some time to watch it.

Disney+ and National Geographic pushed this documentary like mad — even sending out boxes of swag to popular social media influencers.

In case you missed the trailer, you can get a taste of what NatGeo’s “Fauci” documentary is like here:

It sounds like it’s going to be a hagiography.

For weeks the documentary “Fauci” had only been reviewed by critics on the popular movie rating website Rotten Tomatoes, but that’s all changed rather quickly.

In just under a week, a lot of average people have watched “Fauci” flick and… they were not impressed.

Here is the current Rotten Tomatoes score… Critics 91% and Audience 2%. 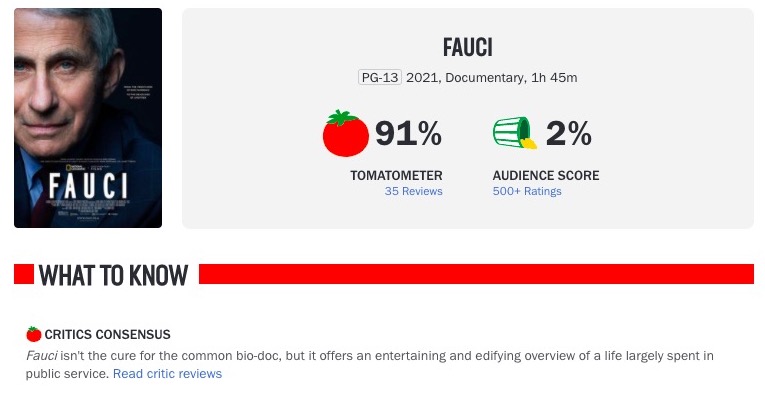 From the written audience reviews, it doesn’t appear as though the film is just getting panned by “MAGA Bros” who want to denounce the Prevaricating Authoritarian Smurf, but, admittedly, that could be a contributing factor to the horrendous audience score.

The 35 critics gave the Fauci documentary by National Geographic top ratings, describing it as “humanizing” and praising it for focusing on Saint Fauci’s “integrity” and “honesty” with one critic writing, “Fauci is a refreshing figure and a standard-bearer for the truth.”

Here are screenshots of the critics’ mostly fawning reviews: 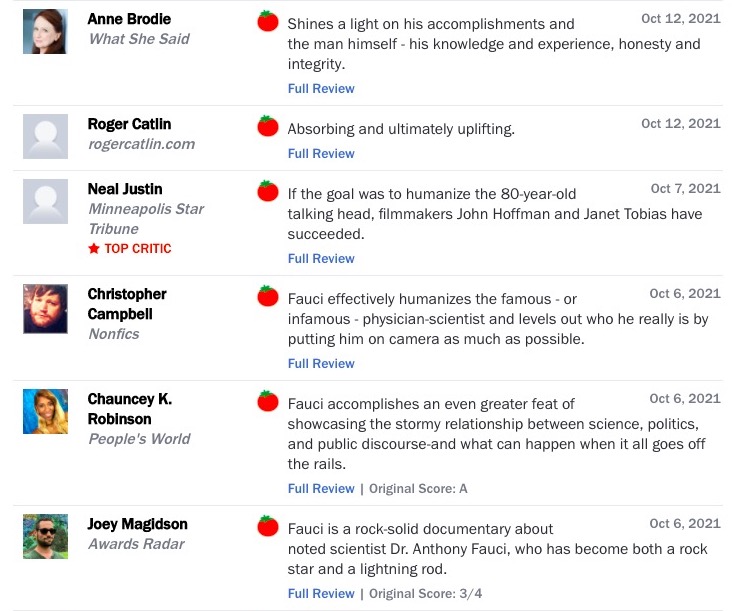 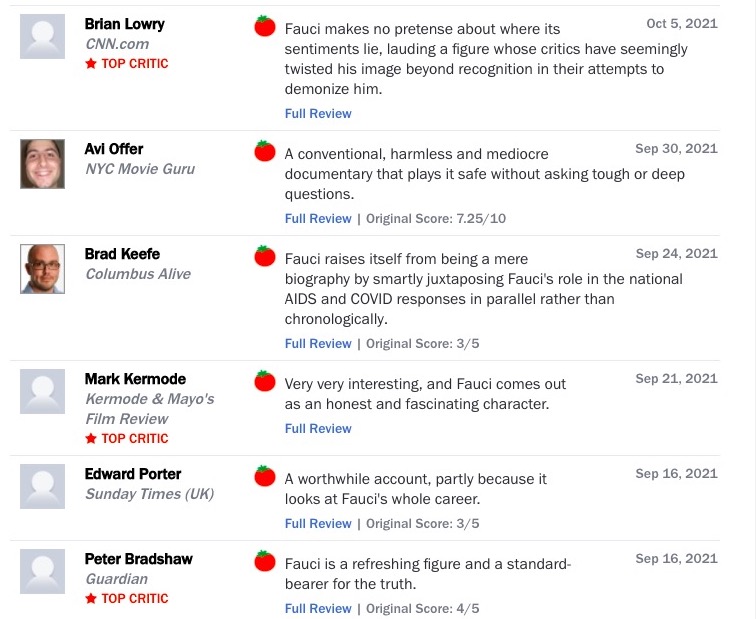 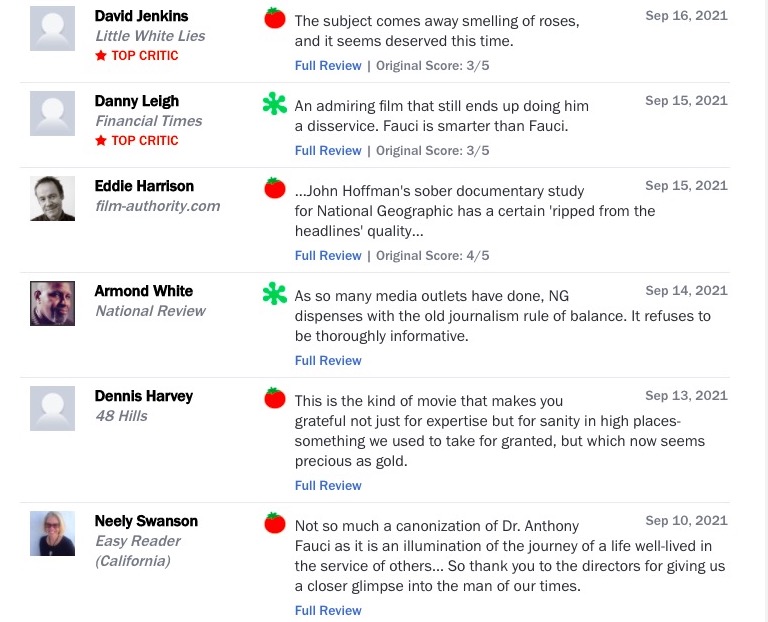 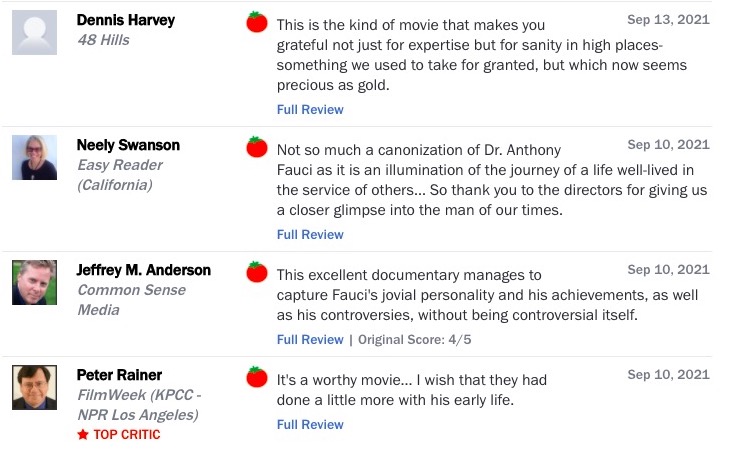 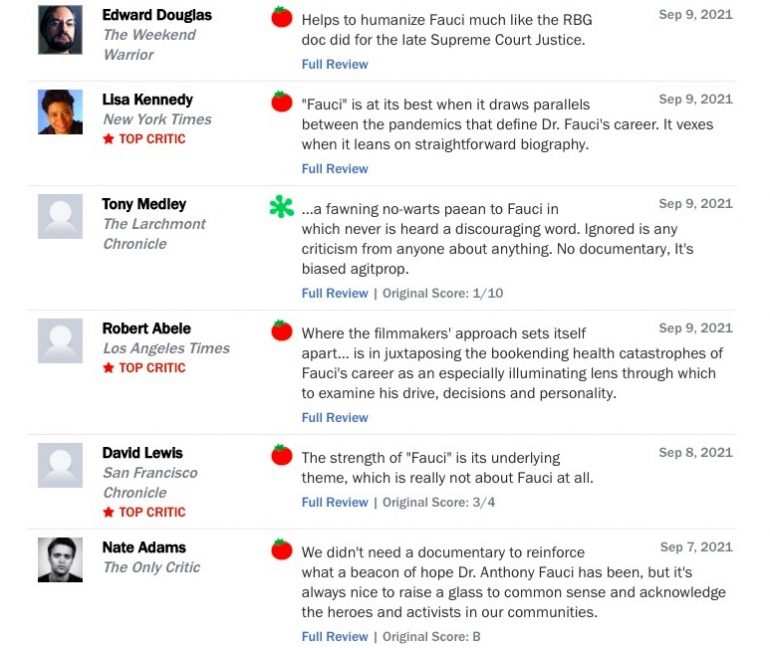 The Average Joe viewer, however, disagreed with the critics, calling the movie “propaganda” an “advertisement” and lamenting that it didn’t ask difficult questions or probe why Fauci bungled the HIV/AIDS crisis in the 1980s so badly. While most reviews were lengthy, thoughtful reflections on the movie and its failings, one reviewer scathingly wrote, “Pedantic, saccharine, pandering. It’s not a movie, it’s an advertisement.”

Here are just the first few reviews by the public: 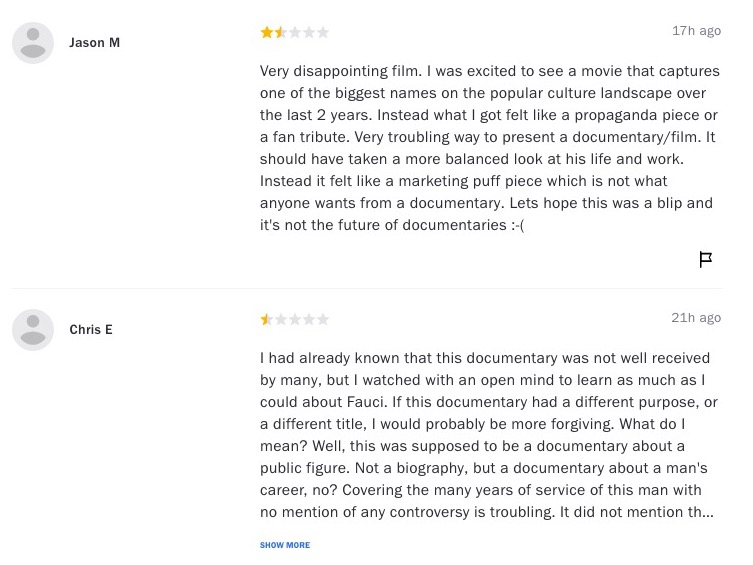 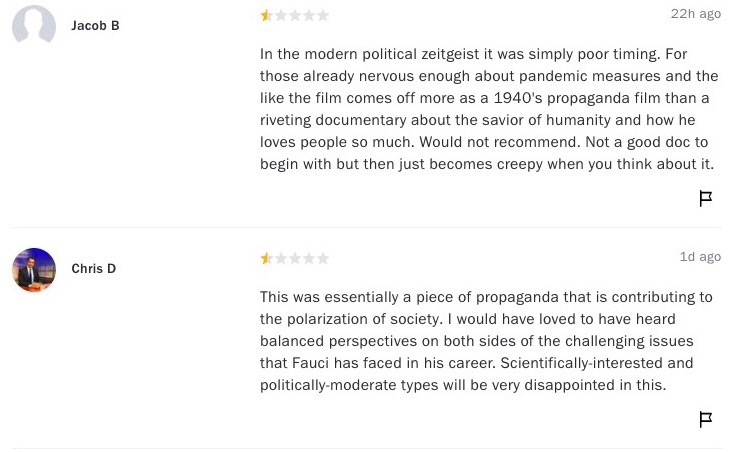 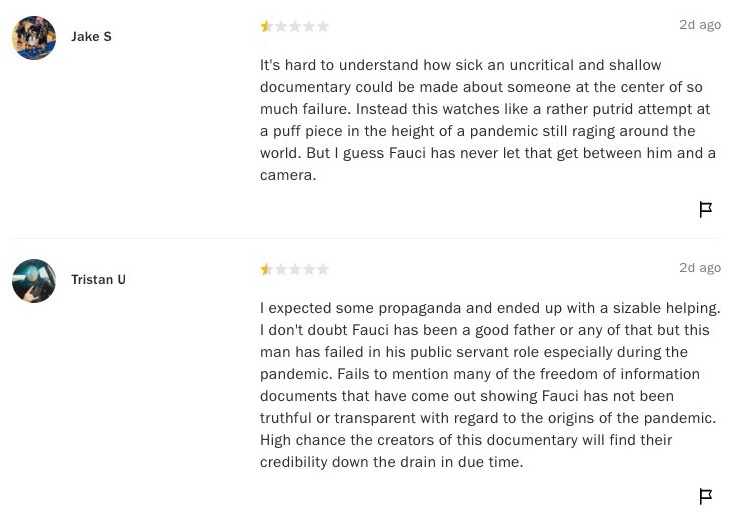 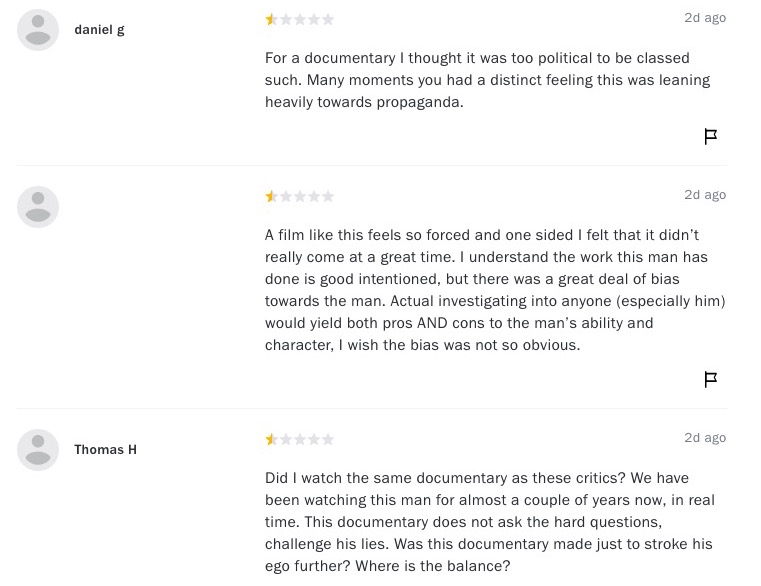 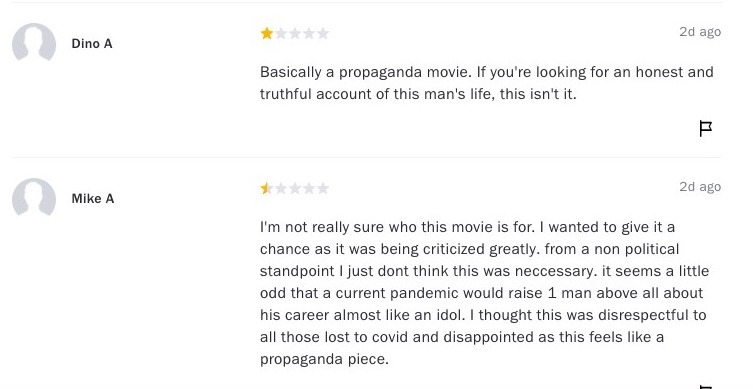 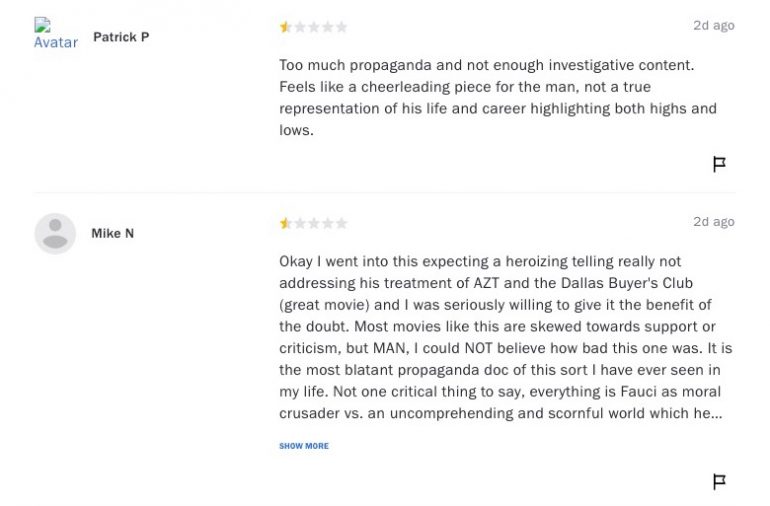 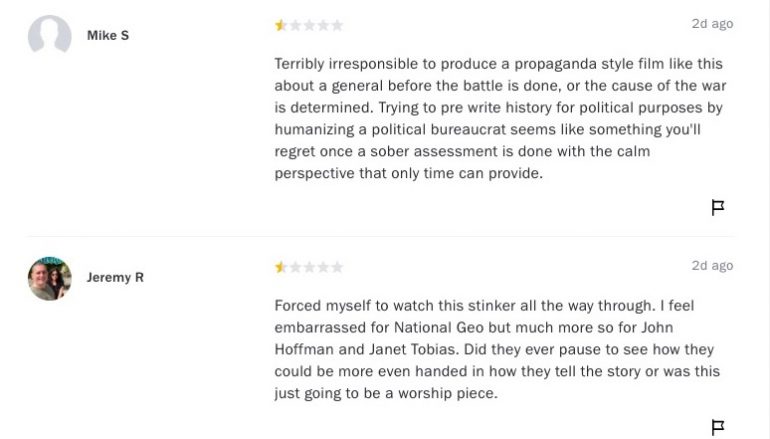 So, it looks like you’re better off going for a walk with your family than watching that Fauci documentary.

It’ll be better for your physical and mental health, too.