Is the urge to undo every Trump priority so strong with these people that they will turn a blind eye to violence like this?

Many of Trump’s initiatives surprised friend and foe alike. But on that fateful day when he came down that escalator, few could have predicted the Billionaire playboy, mogul, TV personality and shameless self-promoter would take the stand he did on … religious freedom.

And yet, that’s exactly what he did, to the point that he made it a key feature of his administrative priorities… both at home and abroad.

WATCH: Trump Is First POTUS To Champion Religious Freedom In Address To UN

Biden … not so much. Obama took nuns to court over abortion. Biden’s pretty much picking up where Obama left off, and moving ahead from there.

He’s reversed himself on the Hyde Amendment — a subject on which the Pontiff has been strangely silent, his vaunted ‘Build Back Better’ plan specifically excludes any religiously-affiliated organization from receiving funding for child care and such.

In 2020, it is estimated that 4,761 Christians were killed for their faith. Of that number, one country accounted for more than 2200 of the casualties. This year has been even worse.

A Nigerian civil society organization estimates that over 3,400 Christians have been killed by extremists since January, a number that nearly surpasses the number of Christian deaths Open Doors USA estimated in Nigeria for all of 2020.

If you want a Nigerian’s perspective on what is going on, and how bad it’s gotten, you can check out this interview from the Back To Jerusalem podcast.

It’s not as though this is a new or emerging problem. We were talking about this back in the Obama Presidency. Maybe you remember this photo: 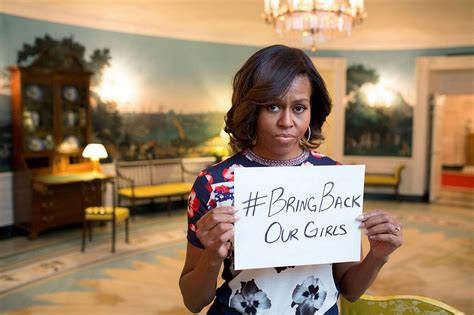 If you guessed ‘Nigeria’ as the country where this is bloodshed is happening, you would be correct. So what has Blinken done about it?

He has ended Nigeria’s status as a ‘Country of Particular Concern’ for religious freedom rights.

Calling Blinken’s decision “unexplainable,” U.S. Commission on International Religious Freedom (USCIRF) chair Nadine Maenza said on November 17 that the organization is “especially displeased with the removal of Nigeria from its CPC designation, where it was rightfully placed last year [by the Trump administration], as well as the omission of India, Syria, and Vietnam.”

“USCIRF is disappointed that the State Department did not adopt our recommendations in designating the countries that are the worst violators of religious freedom,” added Maenza.

According to the State Department, “Under the International Religious Freedom Act (IRFA) of 1998, the President is required to annually review the status of religious freedom in every country in the world and designate each country the government of which has engaged in or tolerated ‘particularly severe violations of religious freedom’ as a Country of Particular Concern (CPC).”

Listed as “severe violations” are torture, prolonged detention without charges, forced disappearance, and other flagrant denials of life, liberty, or security of persons. — LifeSiteNews

Does murder and kidnapping somehow NOT make the list as ‘severe’? Or is Biden busy kissing somebody’s ass again?

For anyone paying attention, we were warning about Biden dropping the ball on this same issue this back in March.

BLOOD ON HIS HANDS: Have You Heard About Biden’s Diplomacy Failure… In Nigeria?

If you click through to the story above, be sure you don’t miss the part about Obama withholding help to Nigeria fighting the same tribe associated with the terrorist killings and kidnappings. Note, this is the same tribe whose leaders Blinken inexplicably met with earlier this year.