KISS co-founder and outspoken frontman, Gene Simmons, 72, is showing that sometimes it’s best to go out while you’re on top instead of staying in the game and trashing the reputation you’ve built up over 40 years.

To be fair, Gene Simmons hasn’t been a typical rocker — he’s much more on the conservative end when it comes to most things like smoking drinking, drugs, but certainly not when it comes to sex. In that arena, he’s been an absolute hedonist.

But something appears to have happened to make the guy who was willing to risk STDs when he slept with almost 5,000 groupies over the years to take precautions for an airborne respiratory virus that has a 99.9% survival rate.

Back in March, Simmons took to Twitter and shared how he thought authoritarianism was the answer to ending the pandemic and that he is all-in on mask mandates and the stomping of your rights.

You must stop at a red light, and you must put on your seatbelt, and you can’t drive over the speed limit. Your rights stop if you effect others. So why should you have a say in not wearing a mask in public?

Another question for all you geniuses out there. Why is it ALL surgeons, without exception…anywhere in the world, wear masks during surgery!!! Do you think they do that for political reasons, or could it be you are delusional and are hanging out with losers. . What say you?

Just got our 2nd vaccine shots. Feeling no after effect. Please take the vaccine, to protect others and yourself. And ignore conspiracy lunatics. The Earth is not flat. The Earth is actually round.

To be honest, rock’n’rollers certainly aren’t what they used to be.

Many bands are now openly advocating for medical segregation by refusing to have the unvaccinated in the audience.

KISS isn’t on that list by Forbes, but it wouldn’t be a surprise if they require the double-jab to enter into their rarefied air.

Simmons’s Twitter feed is full of sharing stories about masks and calling people who don’t wear them “idiots.”

Now, he’s making headlines for his take on the unvaccinated — he’s comparing them to “flat-earthers” and calling them “the enemy.”

“If you’re willing to walk among us unvaccinated, you are an enemy,” said Simmons to Variety as he discussed the 45th anniversary of KISS’s classic “Destroyer” album.

He’s bringing out the same arguments that he used in his tweets — that you need to obey traffic rules, so you should obey the government in all things.

“I don’t care about your political beliefs. You are not allowed to infect anybody just because you think you’ve got rights that are delusional, of course,” the rocker said. “You don’t have the right to go through a red light — actually, the government has the right to tell you to stop. You have to put on a seatbelt. If they tell you you can’t smoke in a building, you can’t smoke in a building. And that’s not because they want to take away your rights, it’s because the rest of us hate it! We don’t want to smell your smoke. I don’t want to catch your disease. I don’t want to risk my life just because you want to go through a red light,” he told Harkins.

He continued: “This whole idea — this delusional, evil idea that you get to do whatever you want and the rest of the world be damned — is really terrible. We’ve gotta identify those people and bring them out into the open so you know who they are. Know who your friends are by how much they care about you. That includes COVID.”

He then rants about the tiny, itty-bitty group of people that don’t believe the pandemic is real and conflates them with the people that believe that a very real virus is being used to exert control over people who have no recourse because of people like him who cheer on the abrogation of civil liberties.

So…  how exactly does this whole “the unvaccinated are killers” idea work? 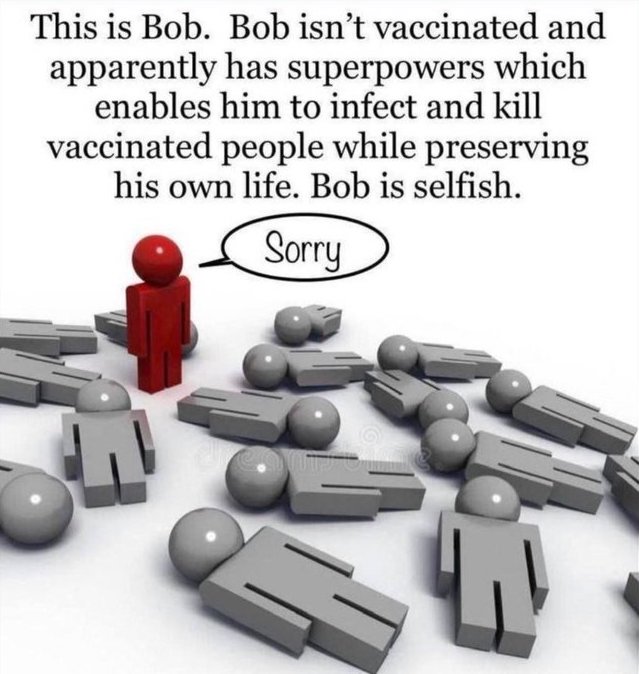 Unfortunately for Simmons and the rest of the terrified masses, the data doesn’t show that the unvaxxed are more dangerous than the vaccinated.

Simmons also doesn’t appear to believe that comorbidities play a role in lethality… which certainly sounds like a conspiracy theory.

He also blasted the left and the right as “evil” for politicizing the pandemic and said that we should all consider each other’s humanity and “Love thy neighbor.”

Let’s be frank, here — Simmons is 72 and in the high-risk category because of his age.

He’s also tested positive for the coronavirus after he was vaccinated.

KISS had to postpone their tour in August when both Simmons and Paul Stanley tested positive for the virus post-vaccination. So, it cost him something.

Still, he’s choosing to vilify the unvaccinated because he’s equated them as “unclean” and the virus-spreaders. Surely, he should realize having had COVID after he was vaccinated that this isn’t true.

He’s become one of the terrified masses that doesn’t actually trust the vaccine that he’s taken and is resorting to vilifying the people who chose not to take it because it didn’t end the pandemic with a burst of sunshine and rainbows as Saint Fauci had promised. 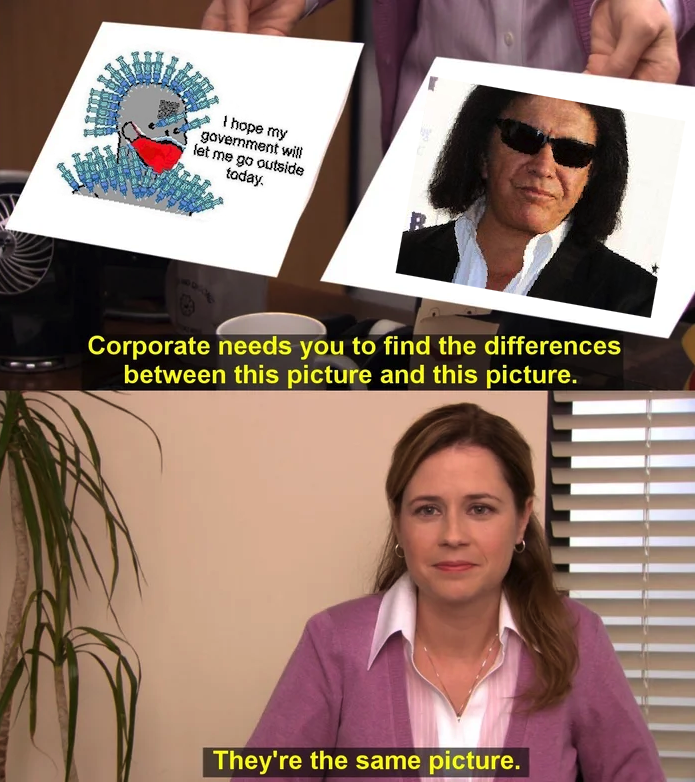 That’s not very rock’n’roll at all.