It’s difficult to ignore the difference in the way that both of these vehicular homicide attacks by extremists in the first year of a Presidential administration have been handled by the Corporate Media.

In one case, it was used to smear a President and his supporters for years on end, and the second, it’s being used to gaslight Americans into believing that what may in fact be a real domestic terror threat doesn’t exist.

As a result of the first, there has been a focus by the FBI and the DOJ on the threat of “white supremacist” domestic terror, while the second is being downplayed as a “crash” or an “accident” when it was an intentional attempt to kill as many people as possible.

On Sunday, November 21, 2021, Darrell Edward Brooks Jr., a violent career criminal who had tried to commit vehicular homicide against the mother of his child(!) was out on $1,000 bond thanks to “woke” D.A.s who push soft-on-crime agendas, drove his car into a Christmas parade killing five seniors, one 8-year old boy, and injuring 62, some of whom are still in critical condition.

Brooks had posted on social media his support for Black Lives Matter, Colin Kaepernick’s call for a “revolution” after the death of George Floyd, as well as anti-police, and black nationalist sentiments. He also had posts that advocate violence against white people including the elderly. 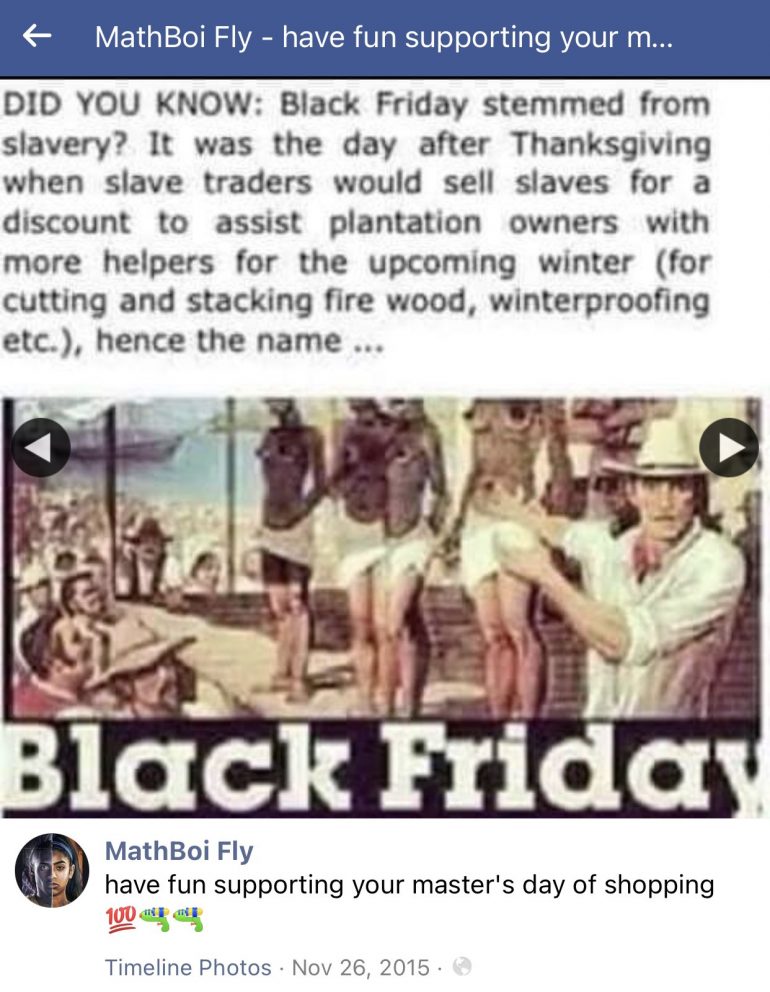 One particularly bizarre one was a tinfoil hat post with a debunked story about Hitler and how he was fighting a cabal of the Illuminati, the Freemasons, and the Jews who were controlling America and going to try to “challenge God” because the “real Jews” (ie. descendants of black slaves) were “stolen” by the Americans. Yeah, it’s absolutely batsh!t crazy. But then, so is anything that tries to make Hitler sound like he was anything besides an evil, authoritarian, genocidal maniac. 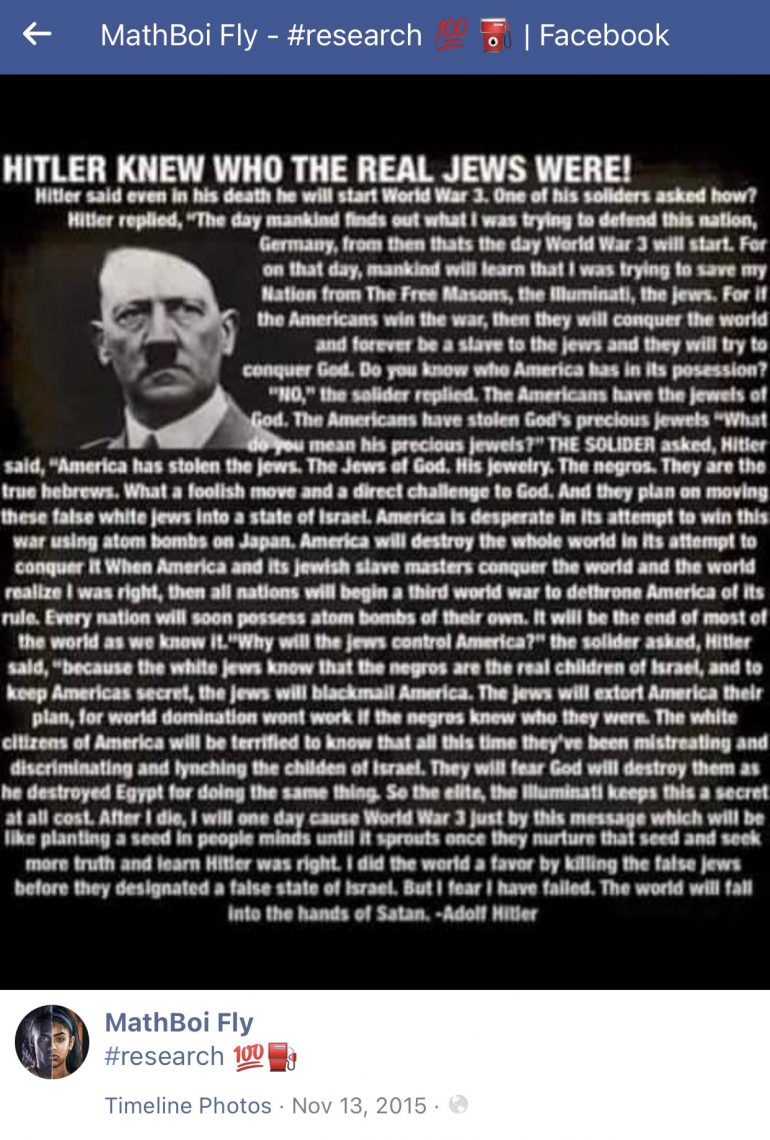 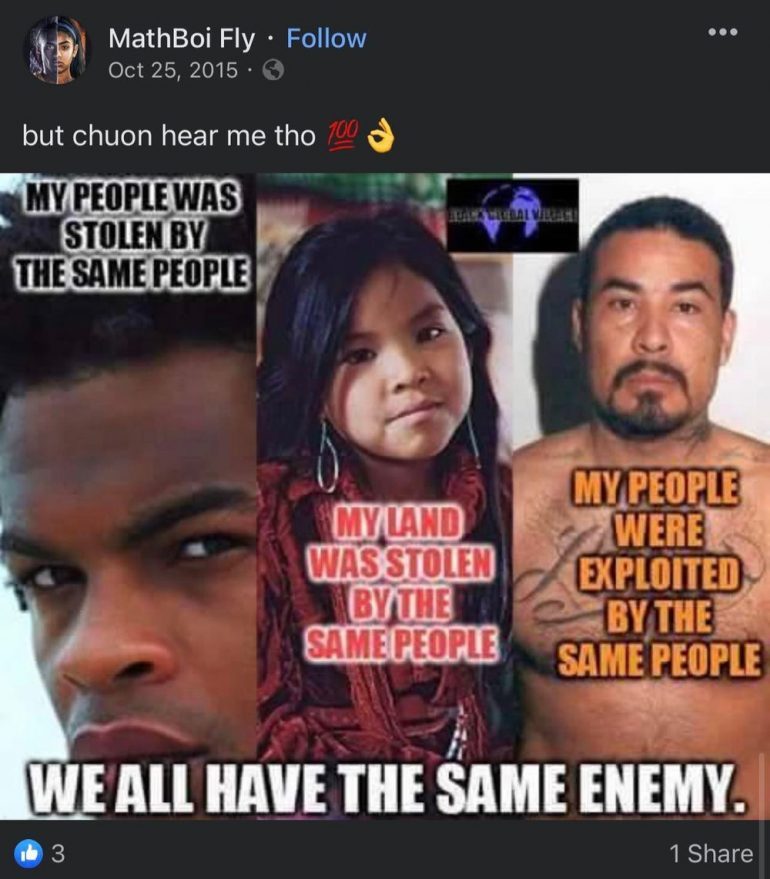 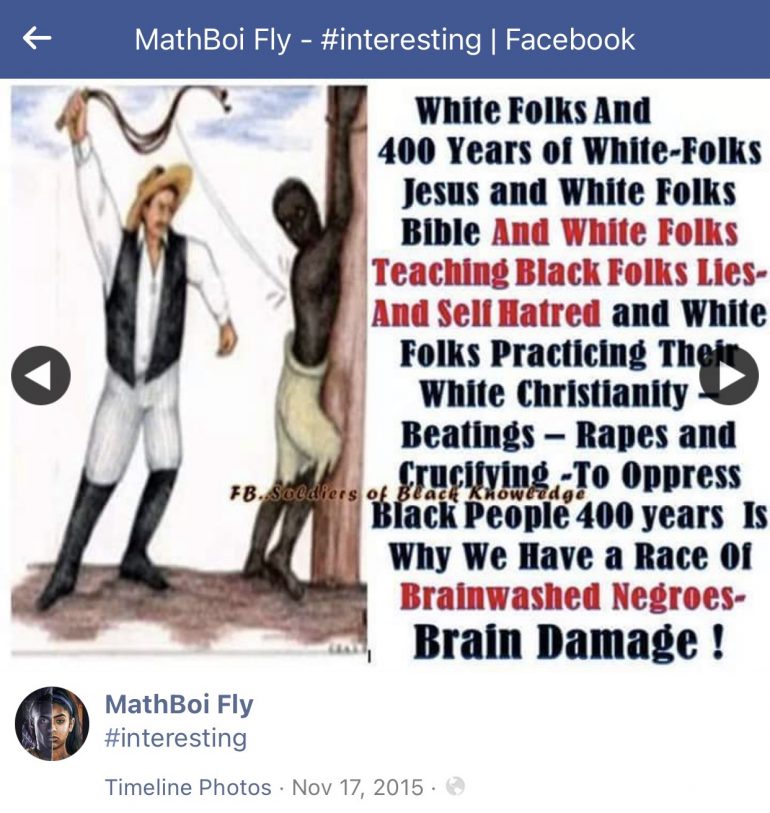 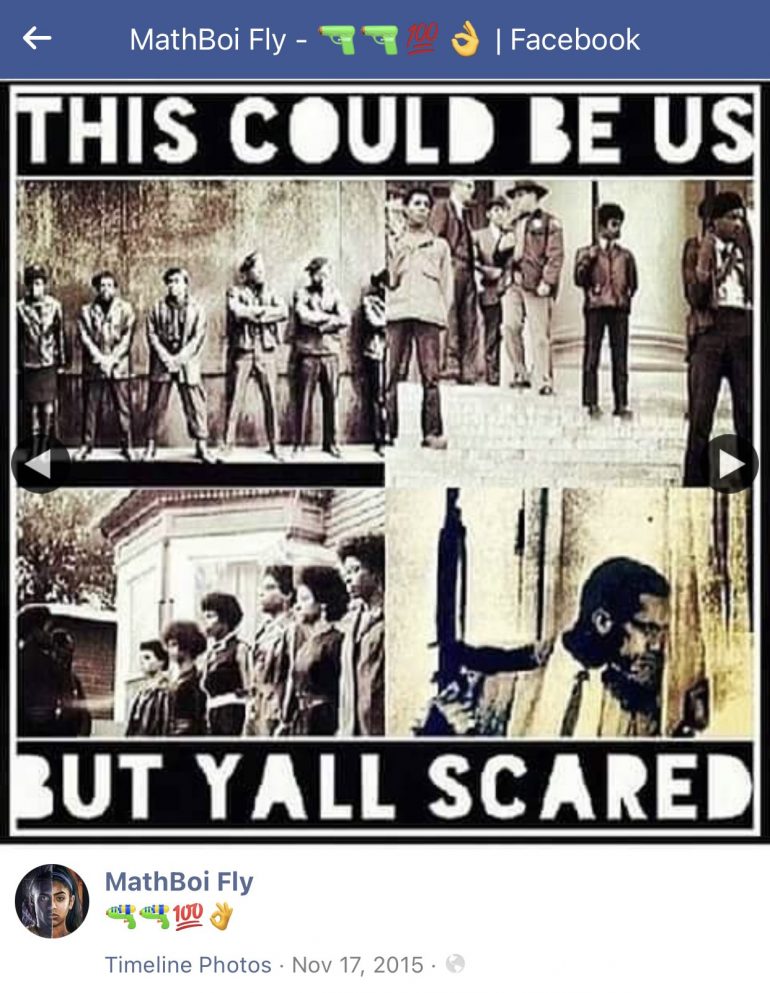 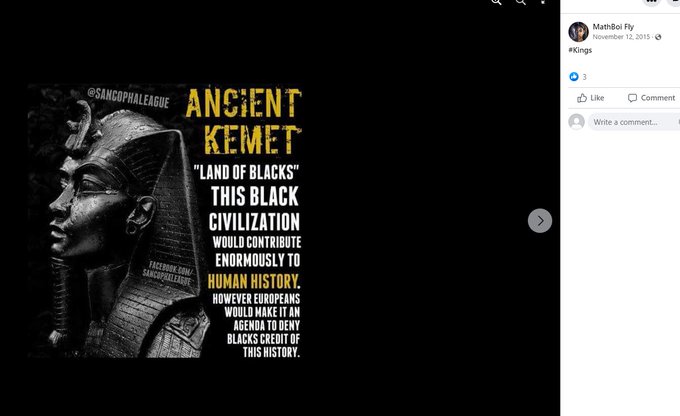 You can see more of his posts in this ClashDaily article:

BLM Supporter Plows Through Christmas Parade Killing 5 — Is That A ‘Hate Crime’?

The first five people killed by Brooks were all older white people. Three members of the “The Milwaukee Dancing Grannies” died — Virginia Sorenson, 79, Leana ‘Lee’ Owen, 71, and Tamara Durand, 52. One of the husbands of one of the dancers was also killed, Wilhelm Hospel, 82, as was Jane Kulich, 52, another grandmother who was not a part of the dancing group — she was a Citizens Bank employee who was there representing her employer when she was struck.

On Tuesday, the family of Jackson Sparks, 8, announced on GoFundMe that he had died from the injuries sustained after he was hit in the attack. His brother, Tucker, 12, is still in hospital recovering.

Brooks has been charged with intentionally running down people. According to the criminal complaint filed against Brooks, he steered his SUV into people to make sure that he hit as many as possible.

From one officer’s report:

…the vehicle then appeared to rapidly accelerate, as Officer Butryn heard tires squeal. The vehicle took an abrupt left turn into the crowd of parade participants. At this point, it was clear to Officer Butryn that this was an intentional act to strike and hurt as many people as possible. Officer Butryn continued to run westbound on East Main Street, trailing the vehicle and its path.

And yet… there has been no mention by the police about the motive of the man who was charged with intentionally driving through a parade to kill people.

When President Biden faced the media on the fake Oval Office stage on Monday, he addressed the situation and said that the administration is “monitoring the situation very closely.”

Watch: President Joe Biden offered his thoughts and prayers to the people of Waukesha after 5 were killed and 43 were injured last night. pic.twitter.com/qPD6tU4RrK

The Corporate Media didn’t push back.

No one asked Biden to denounce anything — even though this bloody attack came a couple of days after the Rittenhouse “not guilty” verdict in Kenosha, a city just an hour away from Waukesha.

Many BLM chapters made it pretty clear that they saw the acquittal of Rittenhouse as another example of injustice based on anti-black racism and “white supremacy” that is embedded in the criminal justice system.

Instead, the Corporate Media immediately tried to spin it so that it wasn’t an act of domestic terrorism by a black extremist with black nationalist sympathies. The violent career criminal was just fleeing from another crime scene, you see.

The Waukesha Police have said that the suspect was not being pursued when he drove into the parade.

Now, it’s being called an “accident” when it clearly was not.

“The corporate press is the enemy of the people.” —- @michaelmalice

The recent attack in Waukesha, Wisconsin is already being memory-holed despite 6 people dying and more than 60 injured.

The Waukesha parade attack is gone from the front page of the Milwaukee Journal Sentinel. The day after the suspect appeared in court and the death of another child was announced. Sent from a *source pic.twitter.com/cBXIDOxxlA

The Fahrenheit 451-style “firefighters” in the Corporate Media are desperate to say that we need to “wait and see” just like they did with every act of radical Islamist terror, or any violence perpetrated by anyone on the left.

We’ve seen this sort of thing again and again — if the narrative doesn’t fit, it disappears.

Incidentally, although ISIS rather dubiously claimed responsibility at the time, we still don’t know what the motive was for the Las Vegas shooter and it’s been 5 years.

Suddenly, social media posts are no longer indicative of what views someone ascribes to.

Someone should tell the hundreds of Trump supporters that have been harassed and arrested by the FBI and the DOJ for their social media posts simply for being present in Washington D.C. on January 6, 2021.

By the way, that standard changed rather quickly as noted by journalist Andy Ngo.

So, 6 people are dead, including a child, and more than 60 are in the hospital, but we “shouldn’t rush to judgment” based on a few dozen social media posts.

Reminder: Kyle Rittenhouse was labeled a “white supremacist” by multiple Corporate Media outlets for one photo taken with a handful of members of the Proud Boys and making the “Ok” sign as instructed by his first crappy lawyer.

A similar situation that included vehicular homicide was handled very differently in 2017 in Charlottesville, Virginia.

On August 12, 2017, James Alex Fields Jr., 20, a “United the Right” attendee, drove his Dodge Challenger into a group of protesters.

Heather Heyer, a 32-year old Virginia paralegal was killed in the attack, and more than two dozen were injured.

On December 7, 2018, Fields was found guilty of the charges. He faces life in prison plus 419 years for first-degree murder as well as 29 federal hate crime charges for his white supremacist views.

However, immediately following the horrific attack in Charlottesville, the anti-Trump Corporate Media used this to insist that this one driver was indicative of the sentiment of Trump supporters generally and the President himself.

You can see that the entire narrative falls apart if you just watch a 5-minute video of Trump addressing the press immediately after the attack:

Even though it was very clear that Trump had indeed condemned white supremacists and neo-nazis, the Corporate Media used Charlottesville to attack him as racist for the rest of his time in office.

Scott Adams, the creator of the Dilbert comics, dubbed this the “‘Fine People’ Hoax.”

Despite all of the very clear evidence that Trump had condemned the racists immediately following the attack and in a presser later, the Corporate Media continued to push that he was, at the very least, using “white supremacist dog whistles” to foment division.

Isn’t it funny how it was only Democrats and the left-wing Corporate Media that could hear those racist “dog whistles”?

Joe Biden launched his presidential campaign on the “Fine People” Hoax and framed it the “Battle for the Soul of our Nation.”

After the death of George Floyd, left-wing activist groups like BLM and Antifa were wreaking havoc in cities all over the country — burning down buildings and vehicles, rioting, looting, attacking police, and fomenting violence in general.

The Corporate Media told us that this was “mostly peaceful” and that “riots were the voice of the unheard.”

Biden doubled down on fomenting racial division and called out President Trump for “refusing to disavow white supremacists” during the Presidential debate.

He posted a campaign video that featured Kyle Rittenhouse and painted him as a white supremacist. 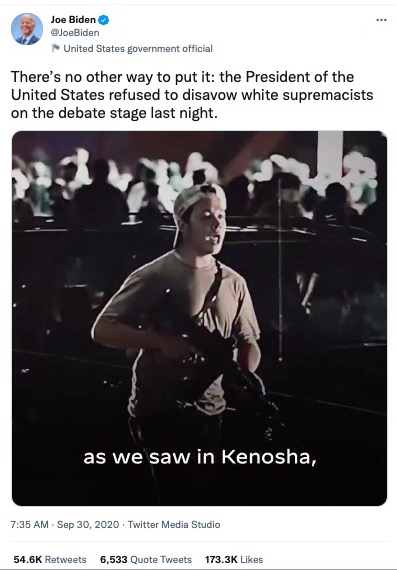 They lie about every single thing.

If you ask why BLM riots are called “mostly peaceful” when around 30 people have died and some sections of cities looked like war zones in the aftermath, that’s labeled as “racist” — but anything and anyone can be called “white supremacist” by the Corporate Media and Democrat politicians with impunity.

One deadly act that killed one innocent individual committed by a disgusting, white racist a-hole with no ties to the president becomes the defining incident of the Trump Presidency and fodder for Democrats and their sycophants in the Corporate Media.

Another deadly act that killed 6 so far is being called an “accident” and the motivation of the driver has not yet been released.

The apparent rise of black nationalism and BLM supporters rioting, looting, burning down businesses, using vehicles to kill people for the second time n the same year, Antifa joining in with attacks on a federal courthouse in Portland, as the entire Democrat party cheers on BLM, says that Antifa is “an idea”, and the sitting Vice President has promoted a bail fund for BLM rioters — well, that’s perfectly acceptable.

After all, that’s how the left “secures” democracy.

If the United States had an honest press that reported facts instead of narrative, there wouldn’t be near the amount of division that exists in the country.

Hopefully, news organizations will recognize this as more people look for their news from other sources.

Americans cannot continue to live in two parallel worlds and have a country that is united.