Someone should have paid attention when he was read his Miranda rights. “Anything you say can and will be used against you in a court of law” took on a whole new meaning for Smollett on Tuesday.

Smollett asked the Special Prosecutor to stop reading out the n-word because it was offensive to “every African American in this room.” If the word is so offensive, why did he use it repeatedly?

The Jussie Smollett trial has been a wild ride so far — on Monday, the former “Empire” actor insisted that the “attack” that he suffered at the hands of the Osundairo brothers was not a hoax.

Jussie Smollett just said under oath “there was no hoax.”
Smollett says he was driving, smoking a blunt and texting with a woman about MSNBC appearance – day of January 27th – when the Osundairo brothers were in his car. Brothers say that’s when hoax was being planned.

In a strange twist in an even stranger trial, Jussie Smollett was offended at the racial slur against black people used in his own texts after the prosecutor was reading his text messages aloud as evidence. He made a request to have the prosecutor not read out the n-word in full, but to spell it out or abbreviate it in order to not offend African Americans present. Special Prosecutor Dan Webb refused to comply with the request but invited Smollett to read the texts to the court himself — which he apparently did.

The exchange took place during the sixth day of the controversial trial involving Smollett. He is facing six counts regarding allegations he staged a hate crime against himself in 2019 and claimed he was the victim of a racist and homophobic incident.

“Some of the messages included the use of the N-word, prompting Smollett to interrupt the prosecutor to ask him to spell or abbreviate the word so as not to offend ‘every African American in this room,.’” Tyler McCarthy reported for Fox News.

The messages were originally written by Smollett.

Webb then invited Smollett to read his own messages before the court, but said he would not comply with Smollett’s request. Smollett reportedly complied with the offer.
Source: Daily Wire

Fox News correspondent Matt Finn has been covering the trial since Day 1 and reported that Smollett was reading out his own texts.

Webb: I don’t intend to do that sort.. you can read your messages aloud.
Smollett then reads his own message

The defense’s case seems to be that the “hate crime” against Smollett was committed by two Nigerian brothers, who were personal trainers, actors, occasional drug dealers to Smollett while simultaneously being his nutritional gurus. Those guys, claims the defense, were homophobic bigots, despite one of them having worked at a gay bar as a bouncer, both attending a Pride parade in costume, and the small matter of Smollett claiming that he had a relationship with one of the brothers where they would do hard drugs and go to gay bathhouses together where they would engage in certain intimate activities. The defense is suggesting that that pair committed an anti-black and anti-gay hate crime against their friend at 2 am in Chicago during a polar vortex with a hot sauce bottle with bleach in it and a noose while wearing red hats and saying that deep-blue Chicago was “MAGA country.”

The hot sauce bottle should’ve been a dead giveaway that this was an orchestrated hoax since it wasn’t a mayonnaise bottle. (To all the humorless “fact-checkers” — that’s a joke.)

To sum up, these two guys: 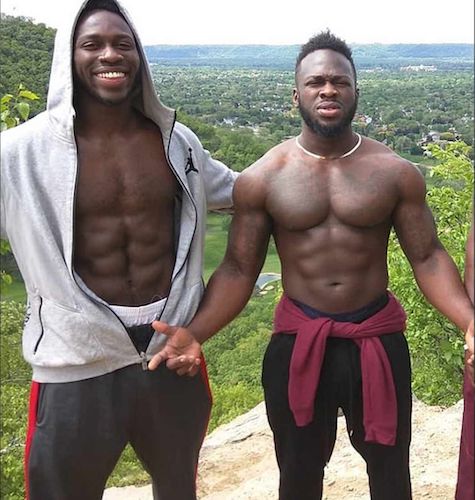 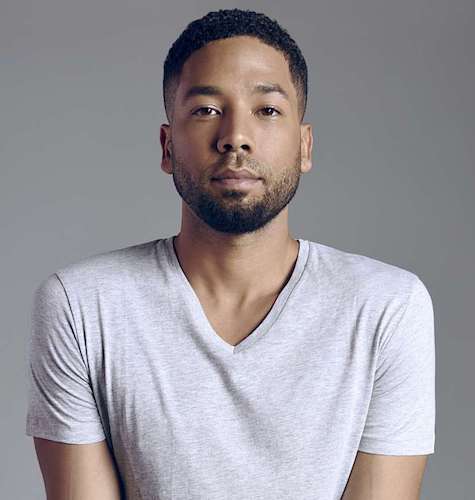 …in a “hate” crime attack and left him with minor injuries and didn’t even steal anything — not even his Subway salad.

It doesn’t make any sense whatsoever, especially since the Osundairo brothers provided literal receipts back in 2019 that they bought the rope and red hats at Smollett’s behest.

Last week, Amimbola “Bola” Osundairo and his brother Olabinjo “Ola” Osundairo took the stand. They basically confirmed that Smollett planned the attack to get some sympathetic media coverage.

Osundairo testifies Smollett wanted the incident to be caught on camera to be “used for media.” But, the camera did not point toward incident

Smollett trial – Osundairo brother testifies under oath that he was not aware Smollett was going to report fake attack to police. Smollett did not indicate he was gonna.

Asked if he used Jussie to advance career. Bola said No.

Asked if the brothers committed attack to scare Smollett into hiring them at $5k week security in LA. Bola said No.

Smollett took the stand in his defense on Monday, and hoo-boy has it been interesting!

Smollett testifies he and Bola Osundairo got private room in gay bath house. Did more drugs and “made out.” There was “touching.”

The singer and actor even threw the CNN race-baiter under the bus:

(smollett talking fast here before an objection. Not verbatim.)

HEY CNN: Will Don Lemon Follow Cuomo Out The Door For His Smollett Interference?

It’s pretty clear that someone is not telling the truth, and things all signs point to Smollett as the liar.

That could be a pretty big problem…

[Smollett] repeatedly denied that he staged a homophobic and racist attack on himself during hours of testimony at the Leighton Criminal Courthouse.

If he’s convicted, Smollett’s words on the stand could land him in yet more trouble.

“You can’t be penalized (by a judge) for not testifying but if he takes the stand and the judge believes he perjured himself, he can add (jail or prison) time,” said David Erickson, a former state appellate judge who teaches at Chicago Kent College of Law.
Source: ABC 7

It’s pretty clear to anyone with eyes that Smollett paid his two very large Nigerian friends to pose as Trump supporters for attention, and for a brief moment in time, it worked. Smollett got a whole lot of attention and support by the left who used the incident as a cudgel against Trump supporters.

That’s because the incurious, corrupt media couldn’t see a hate hoax for what it is because of their own “implicit bias” against Trump supports as raging racists.

Smollett trial — Osundairo brother asked under oath “who was the audience supposed to be?”

Osundairo: “According to Jussie, the media.”

The worst part about all of this is that cameras were not permitted in the courtroom. This is perhaps the best role that Jussie Smollett will ever play in his life and so few are getting to see it.

Let’s face it, he’s probably not going to get much of a shot for a comeback if he’s in the clink. But you never know… Hollywood still gives awards to Roman Polanski after raping a 13-year old girl, so his reputation could be dusted off. Leftists must just love Jussie. He checks a lot of boxes for them — he’s gay, black, and hates MAGA. They’d probably try to reform him.

While the Left and their sycophants in the Corporate Media clutch their pearls at anything that they deem “racist” like securing the border, teaching history, or requiring voter I.D., they’re going to let the racial slurs repeatedly used by Jussie Smollett in his text messages slide because he’s one of them.

If it weren’t for double standards, the Left wouldn’t have standards at all.