Open Doors does a yearly report on which countries are the most difficult places for a Christian to life out his or her faith … and Biden’s fingerprints are all over this year’s new list.

It’s easy to imagine the high-water mark of Christian Persecution was back in the days of the First Century when Roman emperors were burning Christians alive to light their gardens, or having them torn apart by wild beasts in the Coliseum.

But in terms of raw numbers, the price Christians pay for the ‘crime’ of just living their faith gets higher every year.

Groups like Open Doors pay particular attention to these matters.

As someone who has a personal friend who was martyred for his faith, this topic comes close to home for yours truly. I told his story back in 2013. In the Twenty-First Century? A Modern Martyr, My Friend: Pastor Samuel

In that account, I reference his final words to the angry mob, “For 25 years, I have been in the Gospel ministry, I have walked all over Orissa telling people that Jesus loves and Jesus saves, I will never abandon my Jesus.” (Read the rest here.)

ClashDaily has reported on the recent sufferings in Nigeria. Biden doesn’t seem to much care about the situation there. Blinken Removes Country That Killed 3,400 Christians This Year (So Far) From Watch List

Last year, the Open Doors report had their yearly World Watch List of the 50 most difficult countries for a Christian to live in. Here are the top ten. 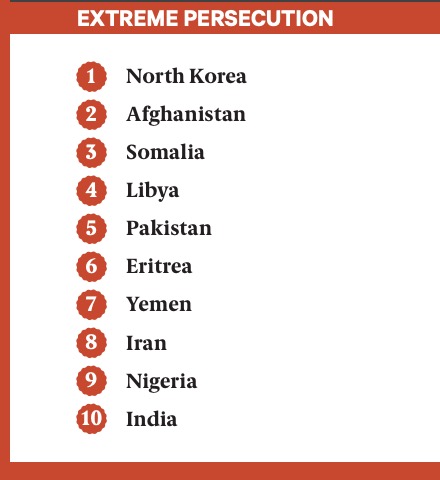 This year’s list has a new country in the #1 slot. Do you recognize that name? Have you seen it in the news recently? 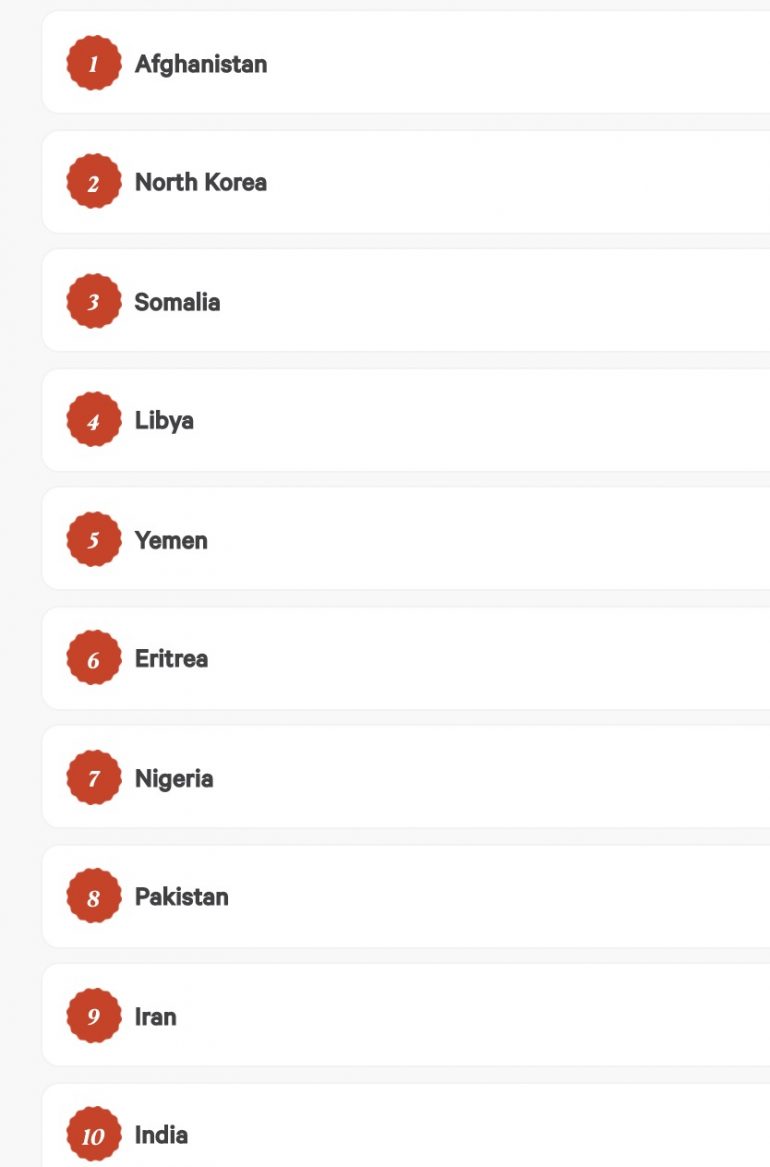 Not only has Nigeria jumped two slots to #7, but Afghanistan is the new #1.

Nigeria moved from #9 on the 2021 World Watch List to #7. Nearly 80% of documented Christian killings were in Nigeria, making it by far the most violent country for Christians. —ForTheMartyrs

Islamic oppression. Did something change in the situation in Afghanistan over the last year or so? Can’t quite put my finger on it… oh, right. Something about our chowderhead Commander-in-Chief precipitating a crisis while looking to score a ‘war over’ photo-op in time for the 20th Anniversary of 9/11.

Elections have consequences. And this puts some meat on those bones.

Open Doors recently released its 2022 World Watch List, announcing that a staggering 360 million Christians experience high levels of persecution and discrimination — an increase of 20 million from last year’s findings, nearly 6%. The 2022 World Watch List documents Christian persecution that occurred between October 1, 2020, and September 30, 2021, and lists the top 50 countries where it is dangerous to be a Christian. There is more persecution today than during any other time in Church history, and it only continues to escalate.

Killings of Christians increased from 4,761 to 5,898, and around 6,175 Christians were detained without trial, arrested, or imprisoned. In addition, 3,829 Christians were abducted, and 5,110 churches and other Christian buildings were destroyed. Today, 1 in 7 Christians worldwide face persecution for their faith. All of these statistics are increases from last year’s World Watch List.

Afghanistan replaced North Korea as the number 1 country where it is the most dangerous to be a Christian. What was already a distinctly perilous country for Christians before the Taliban took control in August 2021 has become only more perilous. —ForTheMartyrs

WATCH: Trump Is First POTUS To Champion Religious Freedom In Address To UN

By contrast, Joe Biden the ‘good Catholic’ has been going the other direction…

China Clamps Down Even Tighter On Religious Freedoms… Will Biden Care?

As we said, his administration made things worse in Nigeria, too.