The school board meetings signaled a new kind of political energy in Virginia … but did anyone really expect THIS kind of turnaround in what had been a blue state?

With Virginian Governors only getting a single term in office, Youngkin has a lot of damage to undo and not very much time in which to do it.

Now that he’s been sworn in, he’s wasting no time at all in getting the job done. His eleven Executive Orders including the firing of an entire department are proof enough of that.

The left, especially among teachers, has responded by digging in their heels. But Virginian law is on Youngkin’s side, and the Governor knows it.

Here is a clip of him affirming the Virginian law that affirms that right.

WATCH: Democrats refuse to applaud when @GovernorVA @GlennYoungkin tells parents they “have a fundamental right, enshrined in law by this General Assembly, to make decisions with regard to your child’s upbringing, education and care. And we will protect and reassert that right." pic.twitter.com/TMTVLkI5U4

His eleven executive orders included a ban on divisive Critical Race Theory in the classroom; a ban on mandatory school mask mandates; giving pink slips to the whole parole board; launch an investigation into Loudoun school district’s handling of that sexual assault; Chief Transformation officer to evaluate programs like the DMV and Employment Commission; an ‘Open For Business’ stance that will reduce burdens like forced shutdowns and obligatory training; Commission on human trafficking; antisemitism commission; review regional Greenhouse Gas Initiative, with plans to pull out.

Those are ALL directly related to promises made in his campaign.

Besides his Executive Orders, he’s issued two executive Directives that provide a framework for how the executive branch will be setting priorities going forward.

The first one mirrors Trump’s policy of slashing government red tape to let business thrive and the second is to prioritize individual freedoms, including putting an end to individual mask mandates.

And that’s without even getting to what the other winning Republicans on that ticket have been busy with.

The school district is already challenging the Governor’s authority, because they are all about power, and like most people on the left, they hate it when anyone tells them ‘no’ to exercising power over others. 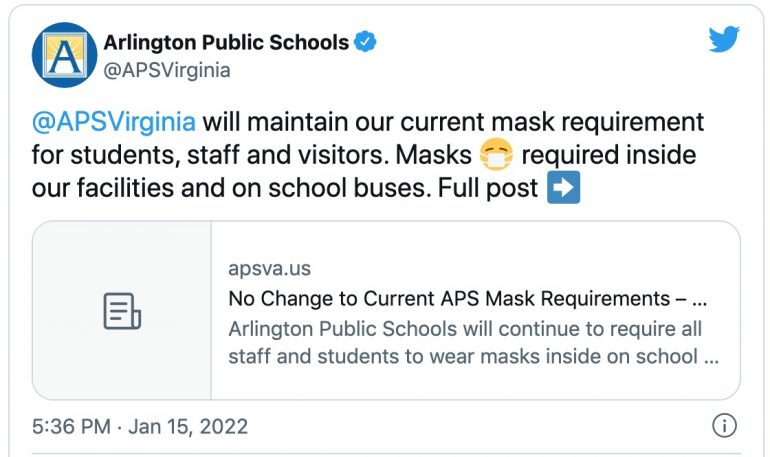 “The fact that that tweet came out from Arlington County within minutes of my Executive Order, what that tells me, is they haven’t listened to parents yet,” Youngkin told reporters Sunday.

…”We will use every resource within the governor’s authority to explore what we can do and what we will do in order to make sure parents’ rights are protected,” said Youngkin.

Youngkin’s executive order allows parents to choose whether their child wears a mask in school or not.

“A child whose parent has elected that he or she is not subject to a mask mandate should not be required to wear a mask under any policy implemented by a teacher, school, school district, the Department of Education, or any other state authority,” the order said.– FoxNews

They’ve already shown that they have no interest in parental input. This past year is just showing the world who they really were all along.

And now that we know who they are, we know how to respond to them.