Are you surprised that a guy who is gaslighting us about economic numbers is fudging the truth about supply chains, too?

It was just a few days ago that Biden mumbled his way through a speech in which he claimed that the Grinch did not steal Christmas.

What he was trying to say… besides trying to keep us from noticing that job numbers failed badly to meet expectations yet again … was that the supply chain crisis isn’t really a problem.

Their party’s policies on fossil fuels, on green compliance, on government red tape, on vaccine mandates, on union membership and so on down the list is all supposed to be ‘good’ for America in some way.

Let’s pretend for a moment that we believe them… if so, why are the consequences of Year One under Joe so craptastic?

Any idiot can claim credit for people going back to work after 2 years of having your industry closed down by pandemic compliance, but that doesn’t mean the rest of us can’t see through such simple parlor tricks.

If Joe has actually solved the problem, as he would have us believe, then surely the is evidence to support that would be as simple as taking a picture in your local grocery store, wouldn’t it? That’s the challenge that went out on social media.

Here’s what people came back with…

Nothing to see here folks. No supply chain issues according to the Biden Admin. pic.twitter.com/xEXZNu4rp1

People started uploading photos from all over the place… 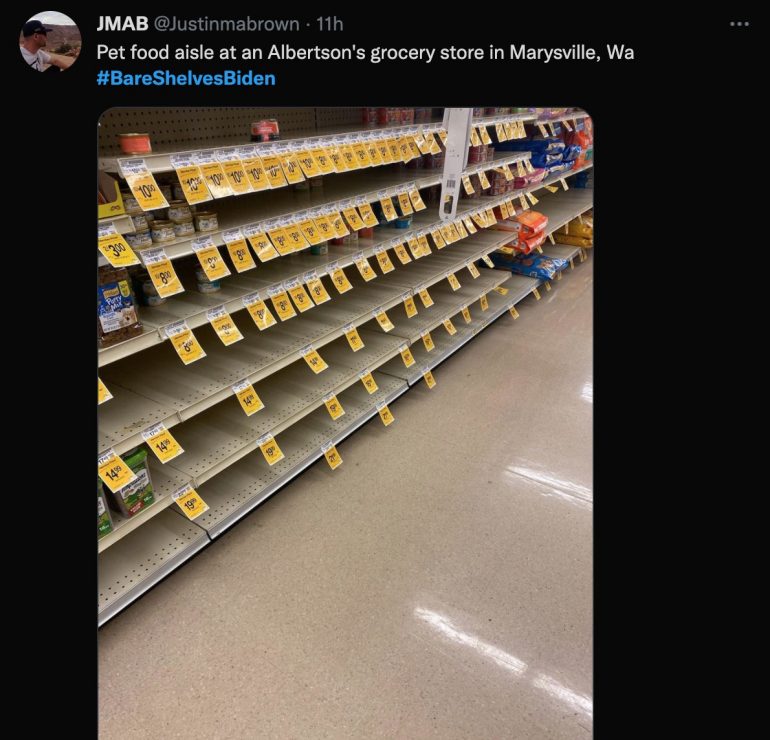 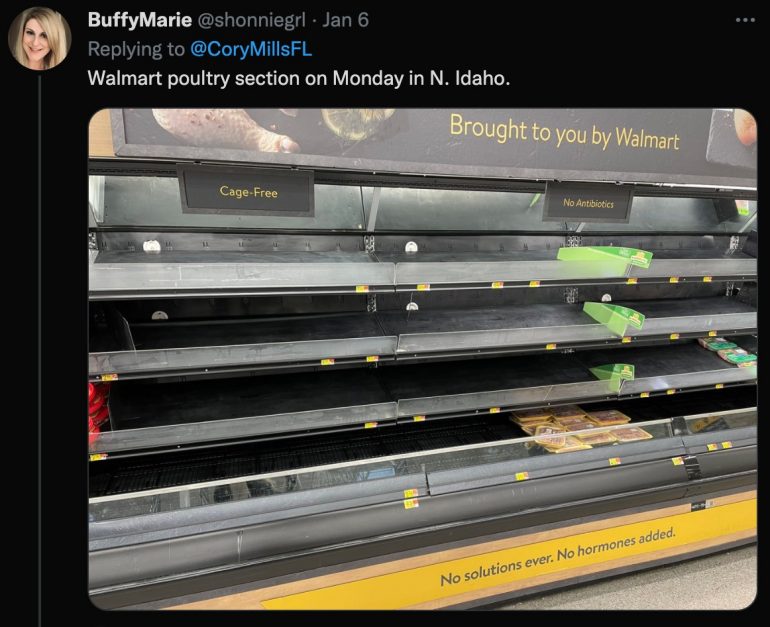 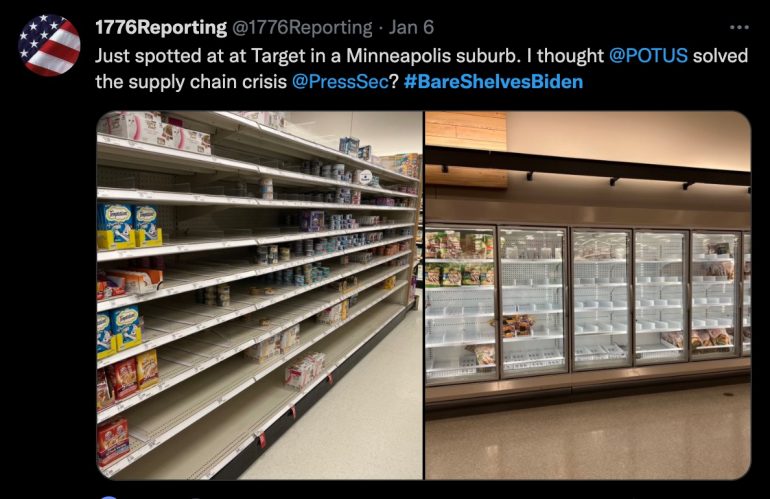 So many were posting that even the very Dem-friendly algorithm couldn’t wish it away. 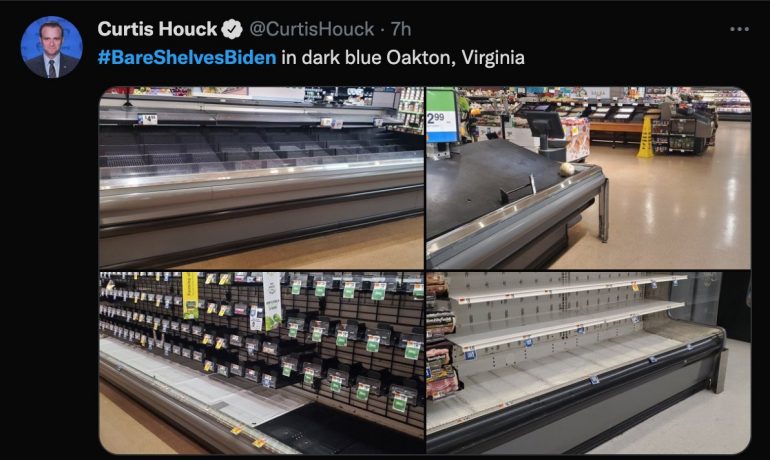 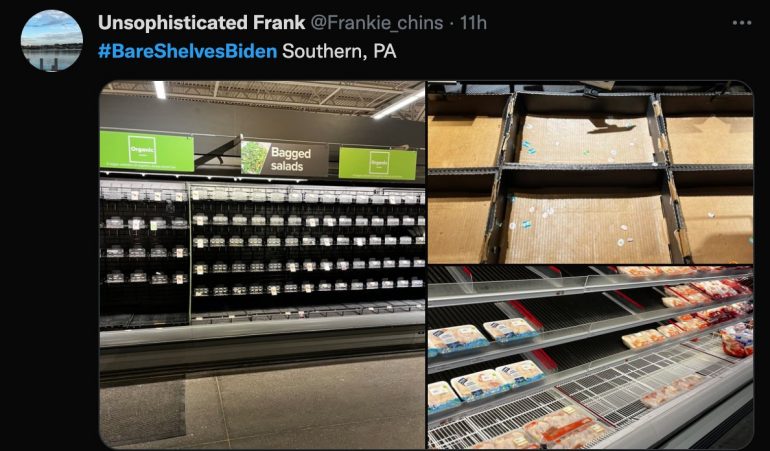 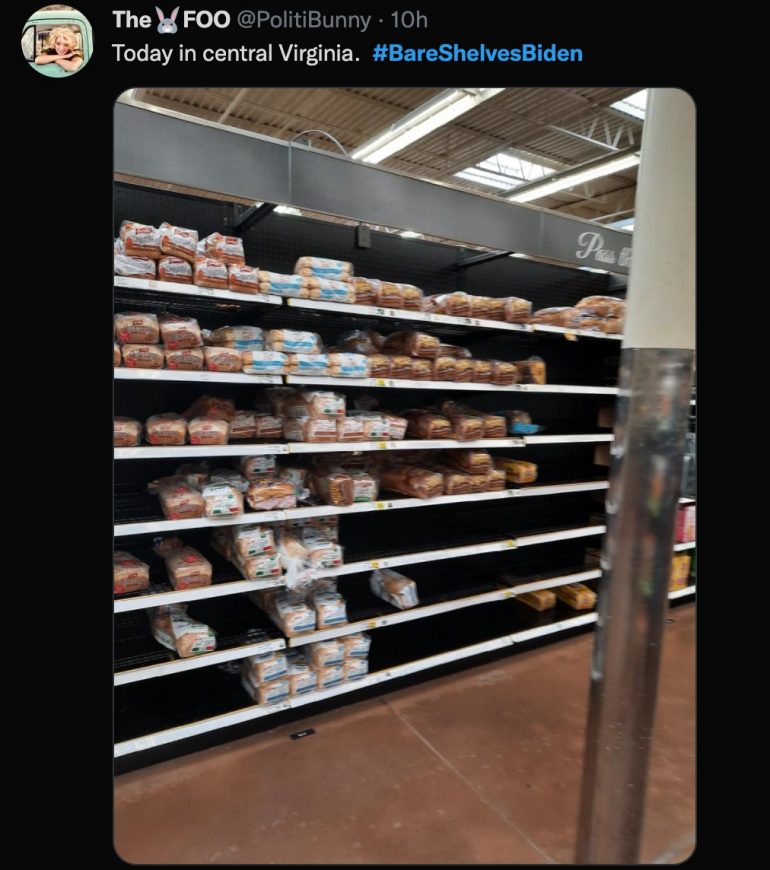 People who tried to blame this on some combination of ‘bots’ and trolls will have to explain why Atlanta’s former Democrat mayor is willingly playing a role in some vast right-wing conspiracy. 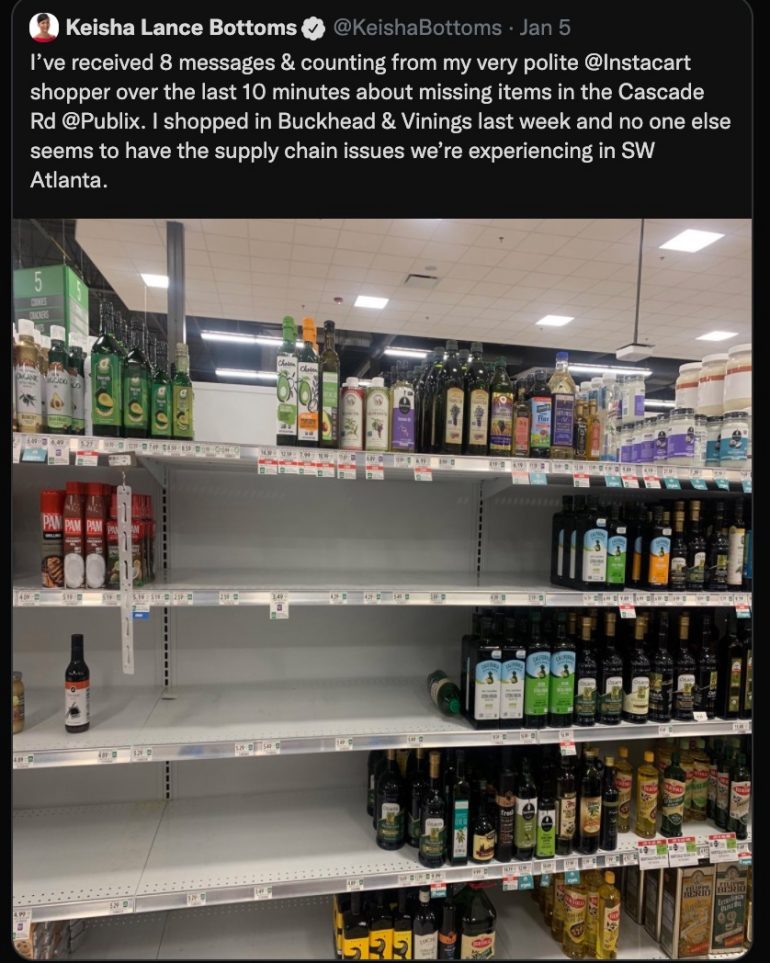 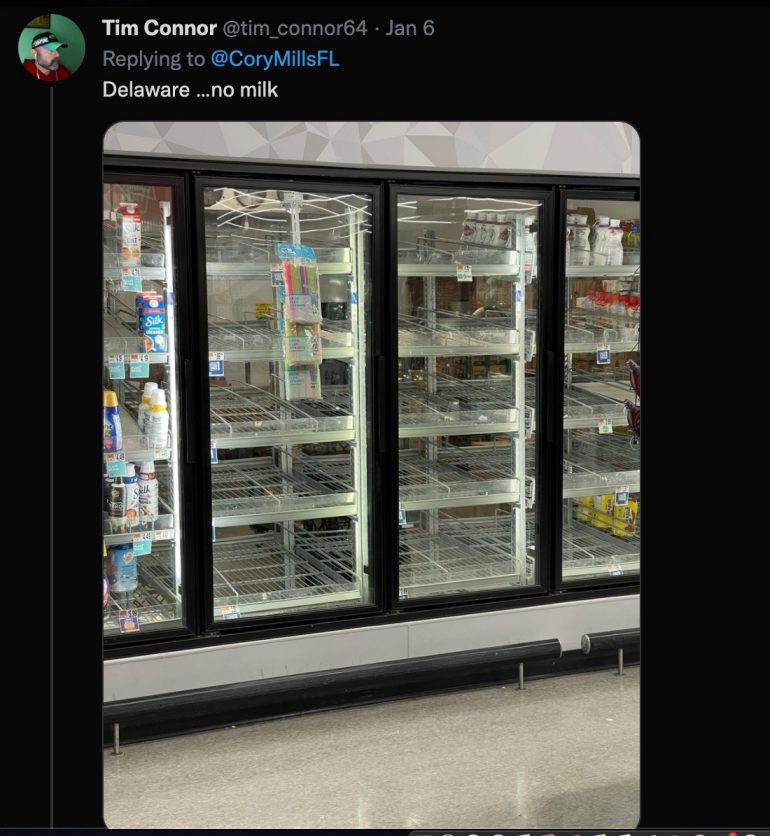 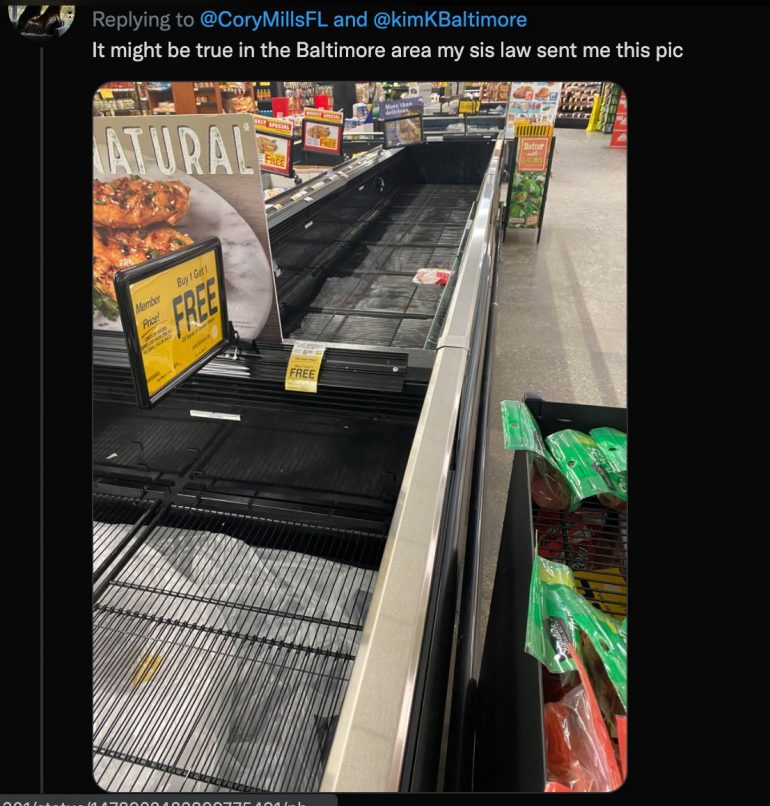 This one *may* have been edited… 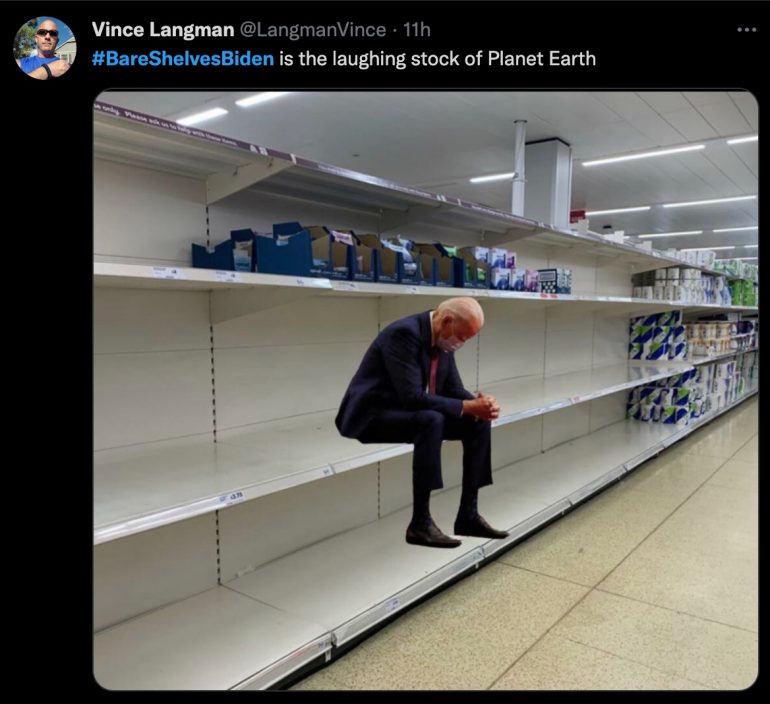 Maybe Dems will care if it affects somewhere THEY like to shop? 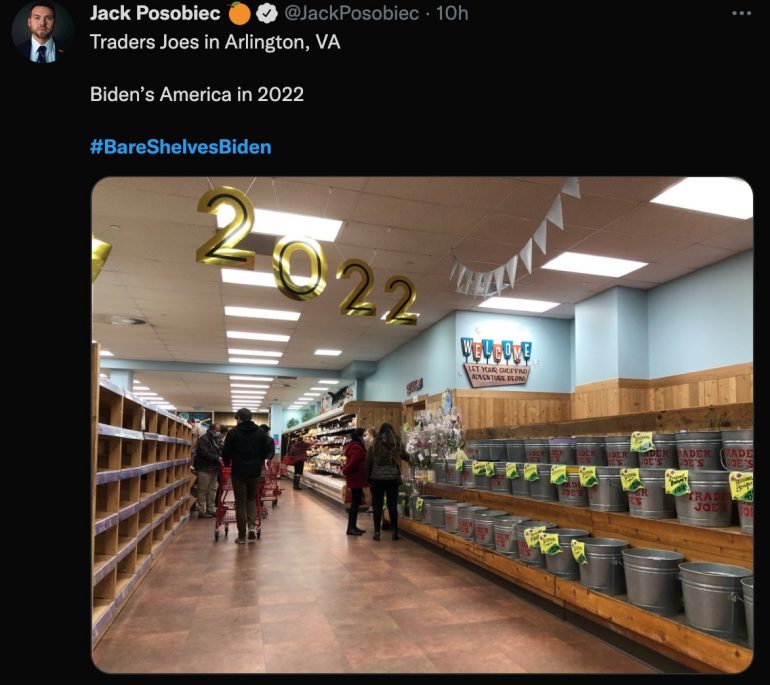