As a community service, here is a helpful reminder that not everything in your life needs to be shared on social media.

A Canadian politician learned that the hard way when he took a picture of his wife, and shared it on social media. No, it wasn’t *that* kind of photo. It wound up being embarrassing for a different reason. See for yourself: 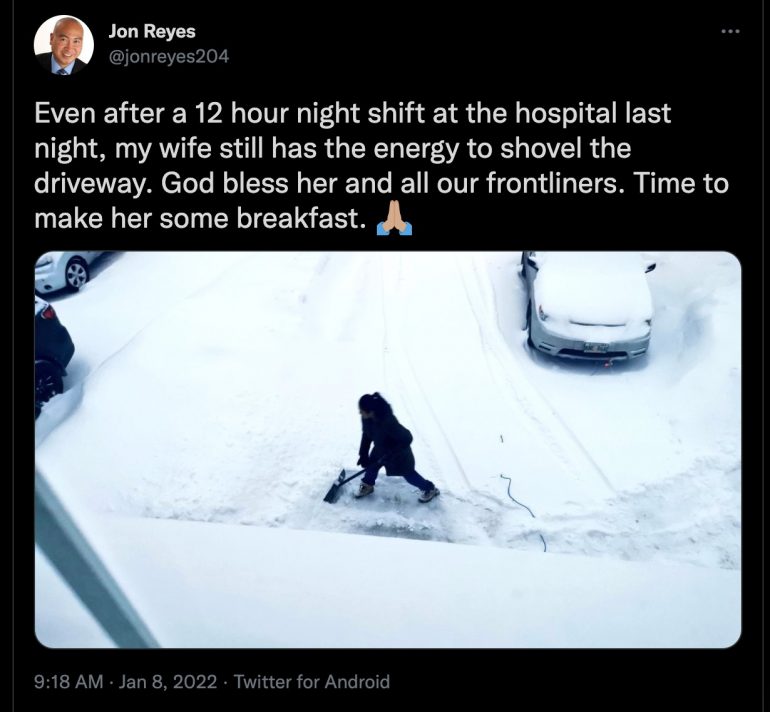 It was obviously intended as an opportunity to brag about how hardworking his wife was. That is NOT what the internet took away from that tweet. Not. At. All.

Keep in mind, this guy is serving as roughly the Canadian equivalent of a State Rep, in the party that passes for ‘conservative’ by Canada’s loose definitions of that term.

Here’s a look at his bio:

We draw your attention to the time stamp of that tweet: 9:18 am. It didn’t take long for critics on social media to point out nothing would have prevented a strapping young veteran like himself from looking out that same window, seeing the driveway was covered in snow, and looking after it before she got home. As a veteran, it’s safe to say he’s not unfamiliar with rising early.

Before we get to the ceremonial beating he got online, he did try to defend himself by retweeting this response from his wife: 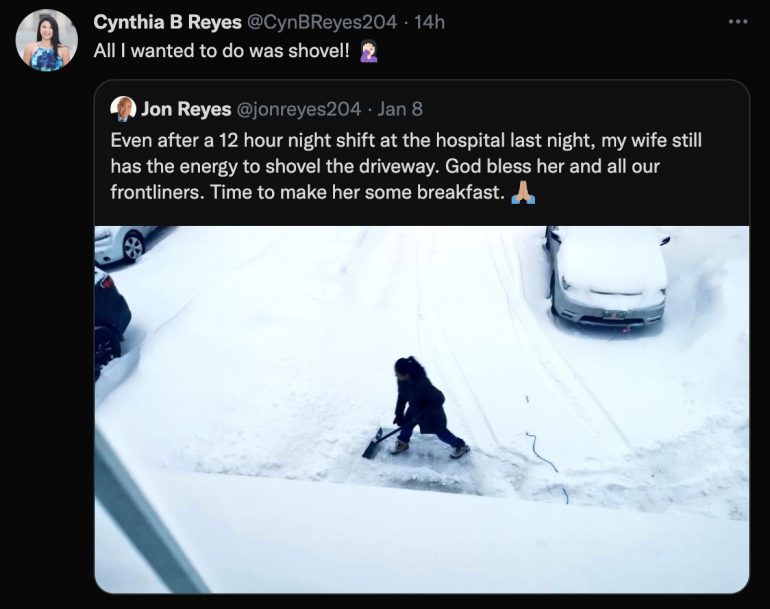 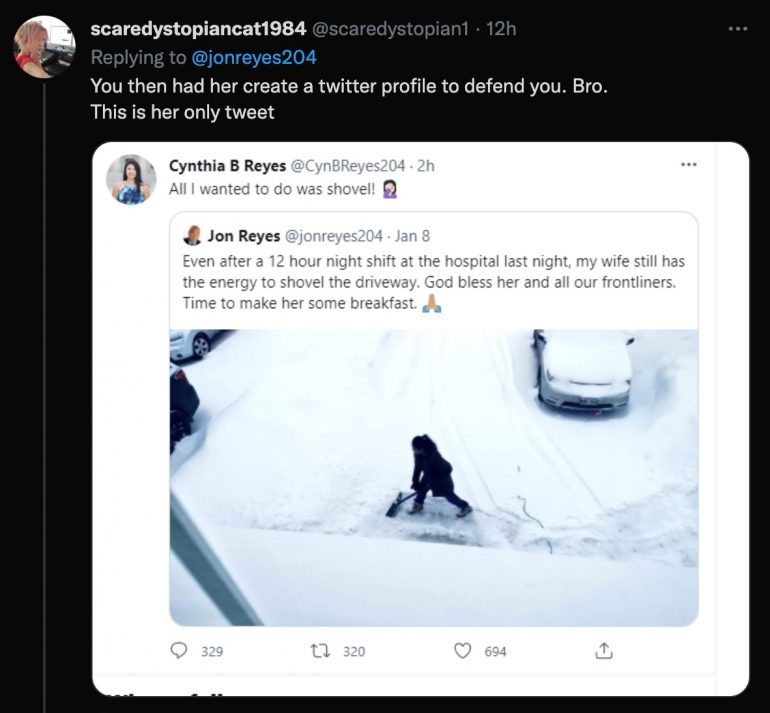 (Oops… you forgot we could check that, did you Jon?)

Enjoy the pummeling, there are flavors for almost every palate. 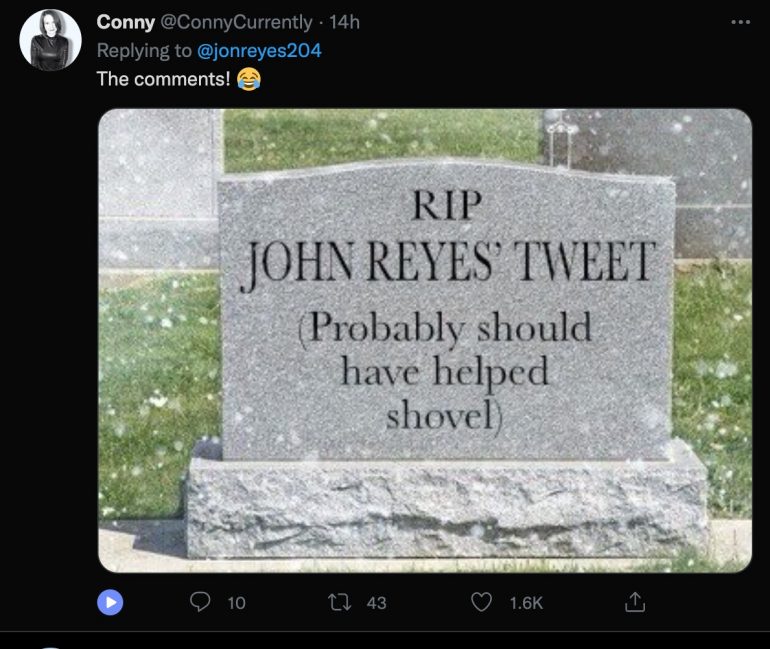 They even edited his Wiki page for this one! 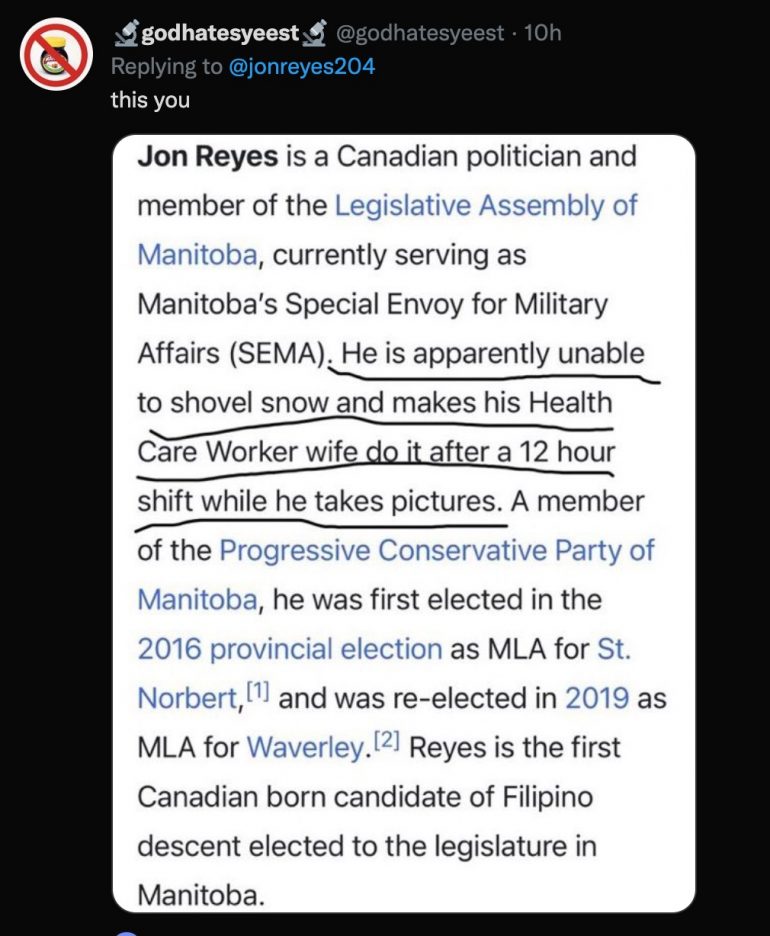 Old-school shaming of his manhood… 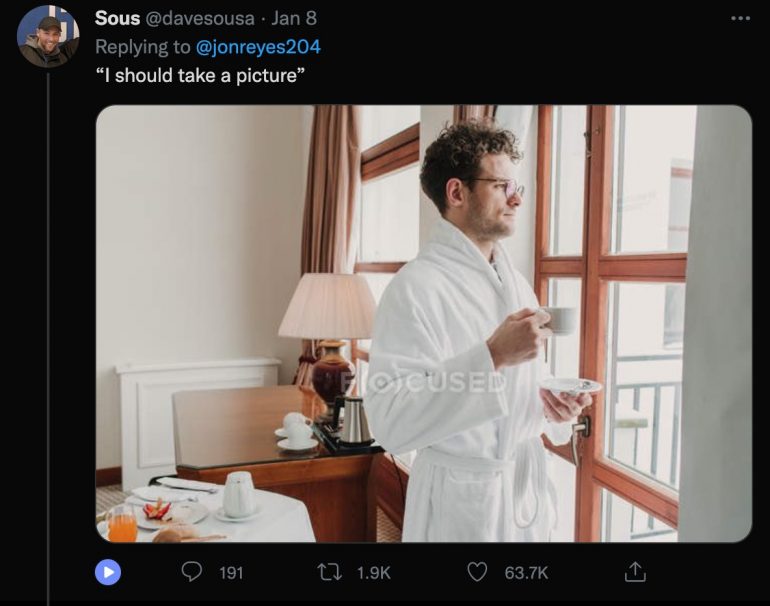 Some disgusted women who thought he’s a shmuck… 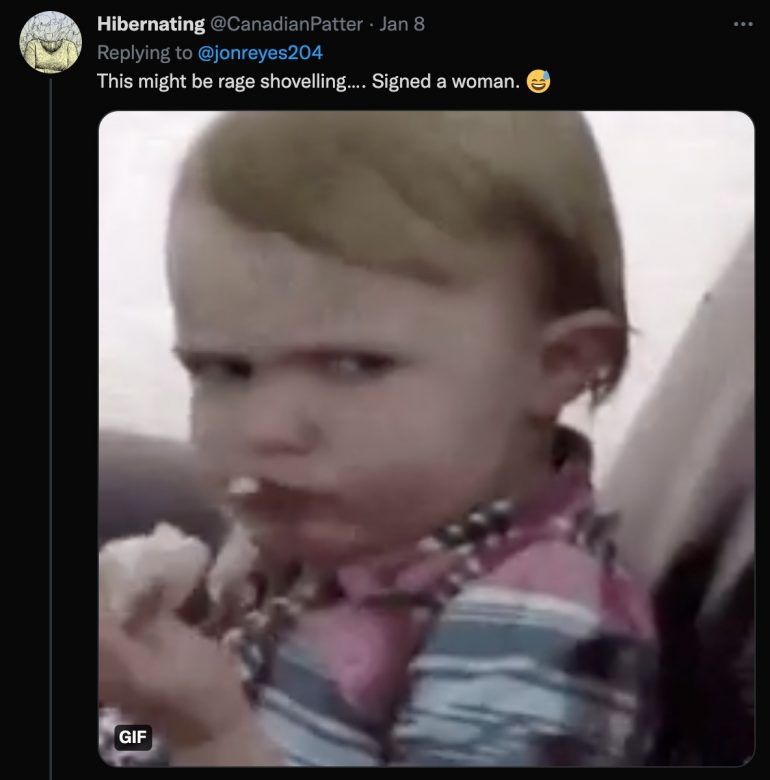 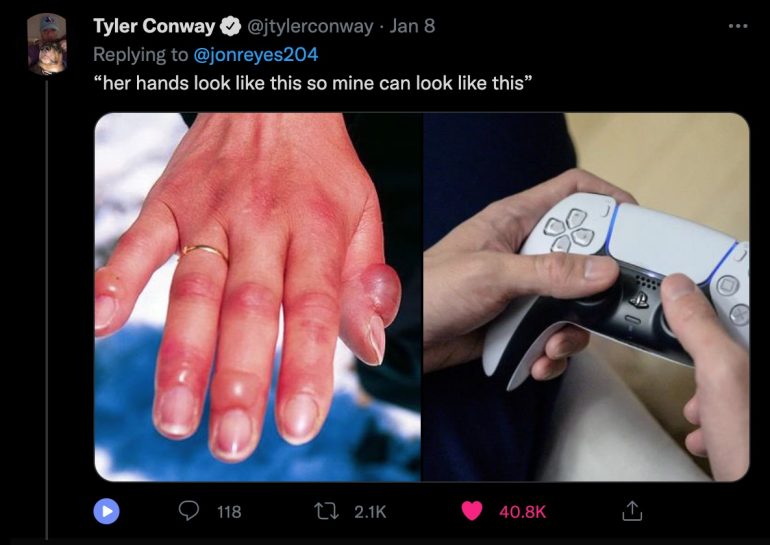 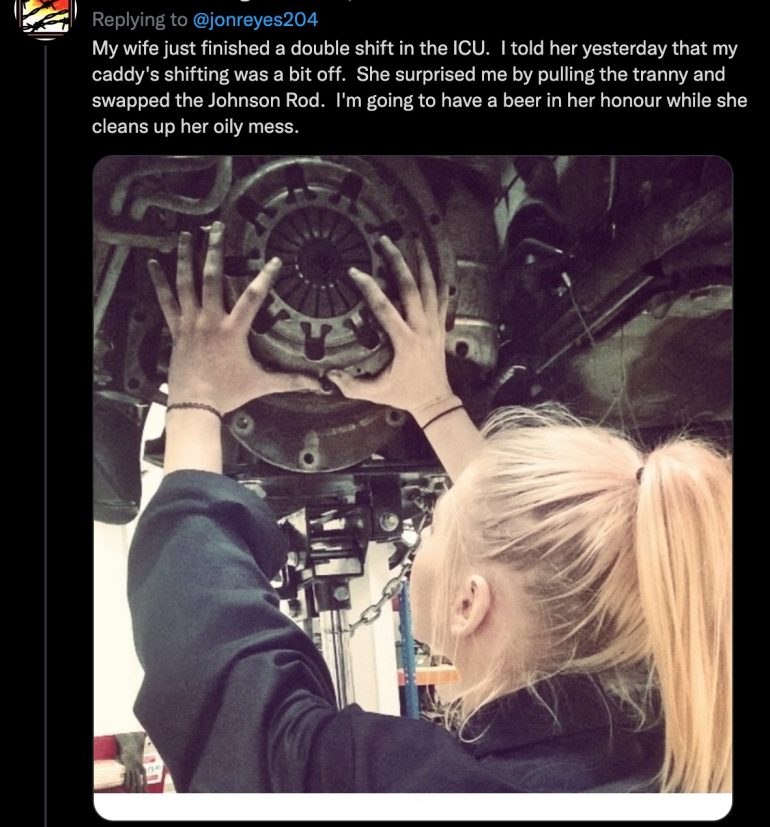 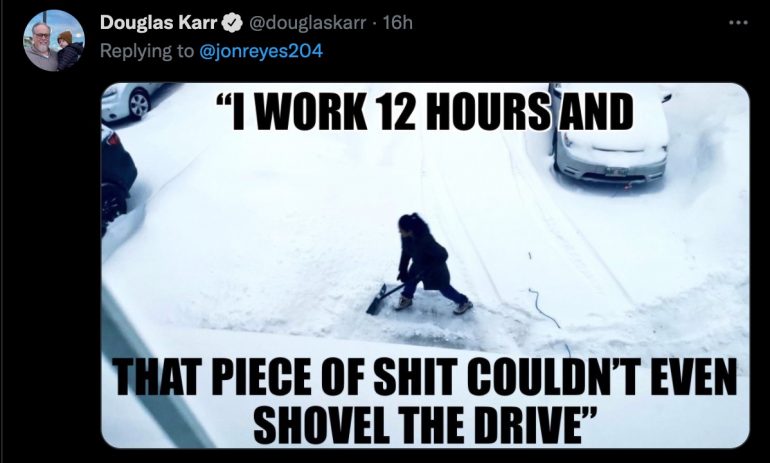 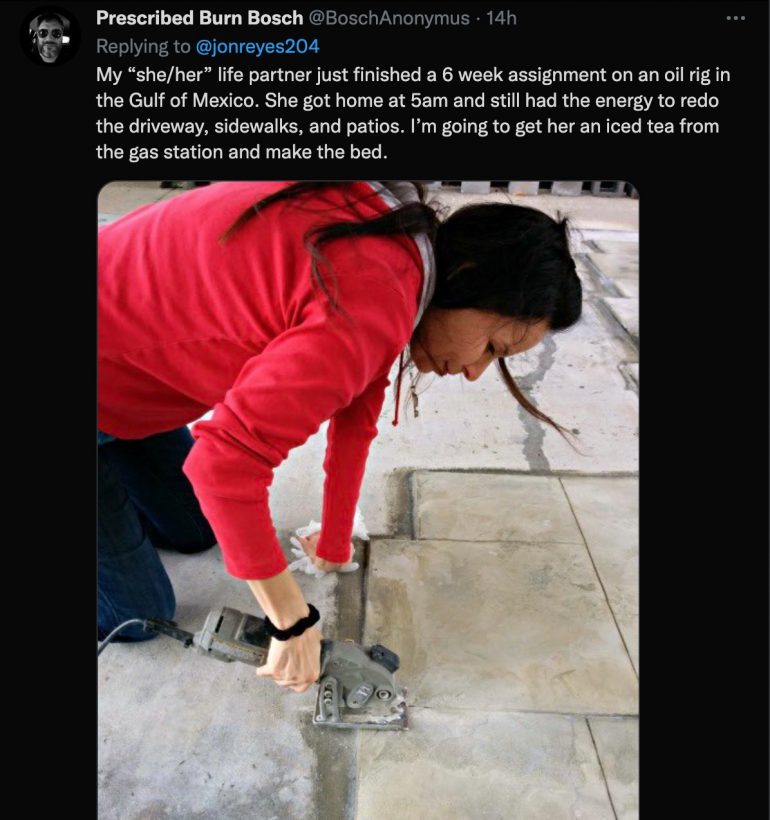 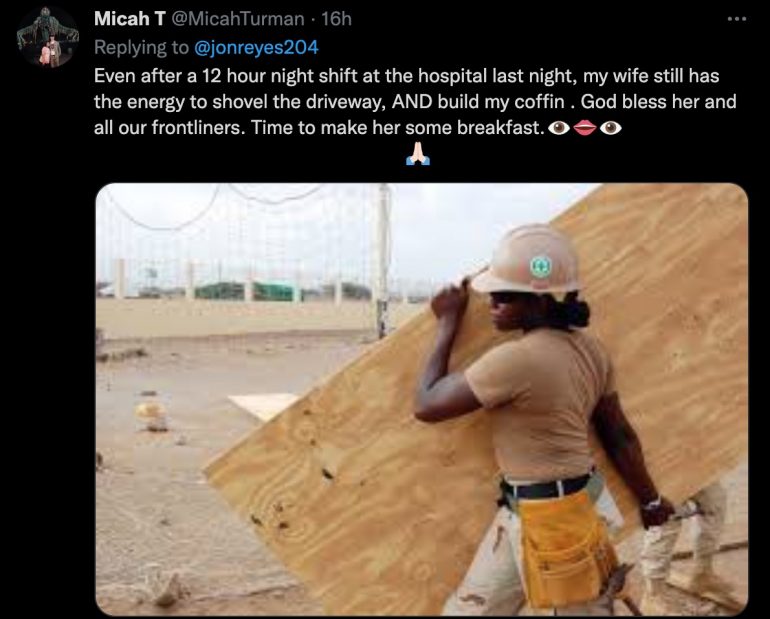 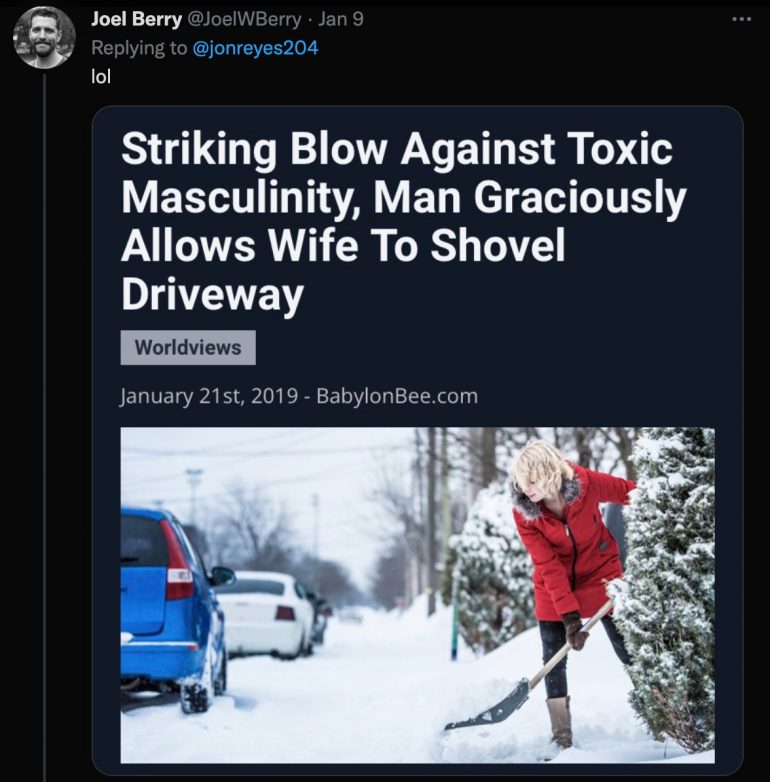 Here’s a book for him to read while his wife is outside shoveling snow. It could help him avoid such situations in the future.