PATRIOTS: Don’t let Democrats unleash their authoritarianism on the Great State of Texas!

While the Texas Tribune is taking note of the battle brewing between Abbott and the top Democrat contender — the dirt-eating, air drumming, celebrity-adored, (possible) furry — Robert Francis O’Rourke, polls show that there is a Republican challenger that has more GOP Primary support than the current Republican Governor…

Another statewide poll conducted in late December shows that not only is Lt. Col. Allen West leading in polls against Governor Abbott, he’s also leading against Democrat darling, Beto O’Rourke. 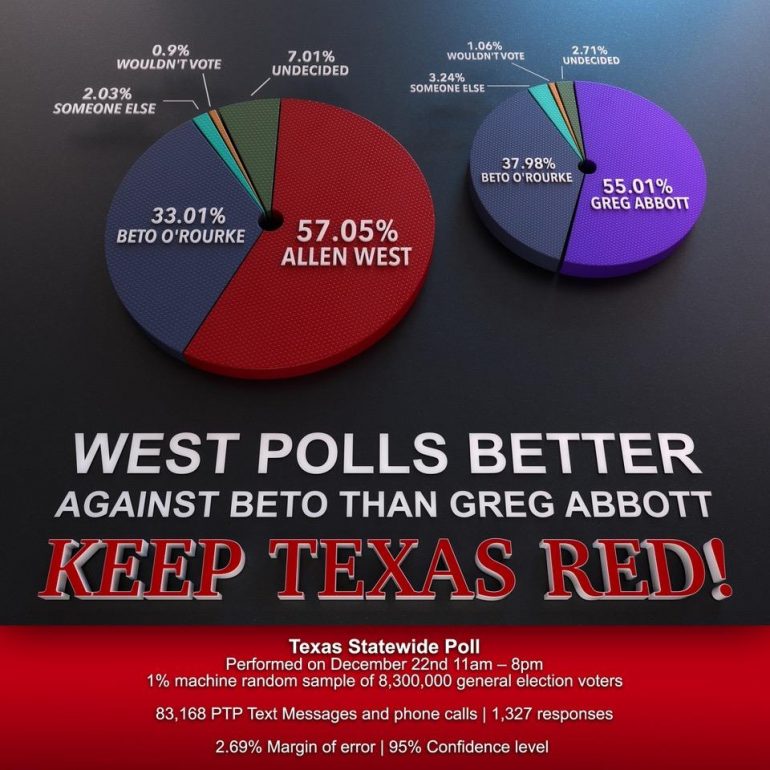 Lt. Col. Allen West has made it clear that he’ll work to secure the border and protect your rights. He’s not going to fold like a cheap suit when things get tough, either.

A more decisive rejection of Beto and his crazy lefty policies is a much better statement for people fleeing Democrat hellholes like California for the Great State of Texas.

Lefties love Beto because he’s just as nutty as they are.

Beto is an open borders loon.

That didn’t age well now, did it?

Do not flee a blue state for a red state and then demand the red state become the hellscape you’re trying to escape.

The phrase, “Don’t California my Texas” comes to mind.

Does anyone even understand what that would look like?

And then there was this…

Do you really want to normalize this sort of behavior?

No one wants that!

Check out West4Texas unless you want that fresh hell to become the “new normal” in Texas.