It’s another example of a Canadian church targeted by the Biomedical Authoritarians over COVID compliance… and another pastor who refused to bend the knee.

Phil Hutchings spent more than a week in jail because, when faced with a decision to obey the state rather than obeying God, he followed the example of the apostles rather than the apostates.

That answer did not go over well because, as we all know, the state is a jealous small-g god that brooks no rivals.

Hutchings joined other Canadian pastors who met the same fate of incarceration at the hands of a judge. Tim Stephens, Artur Pawlowski and James Coates all spent varying lengths of time behind bars for obeying their conscience and their interpretation of holy scripture over the lockdown restriction of the day. —RebelNews

Here’s Pastor Phil in an interview talking with Rebel News, one of Canada’s only major news outlets that doesn’t march lockstep with state and corporate groupthink.

He’s sharing his thoughts on the arrest, on the government overreach, on what made him take this stand, on how it affected his family… all of it.

They padlocked his church after arresting him on Thanksgiving Sunday (which Canadians celebrate in October). He was jailed for 7 days — in isolation. Details of that story here.

The COVID cops were on him like a dog on a bone. The prison guards, on the other hand, just like another Canadian pastor had said of his own experience, were very kind and almost apologetic — off the record.

Oh, and when they padlocked his church, they objectively hurt people. Why? Because that particular church is active in the community helping people… including the needs of people whose lives have been turned upside down by COVID.

How do we know this pastor has the ‘Clash’ vibe? It’s pretty easy to spot.

In the interview, he mentioned that the government may have given him a directive, but that God has given him one, too. The government has told him he must ‘socially distance’ and refrain from singing. God has commanded worship, and that we ‘lay hands on the sick’.

There may also be a few clues in his social media… 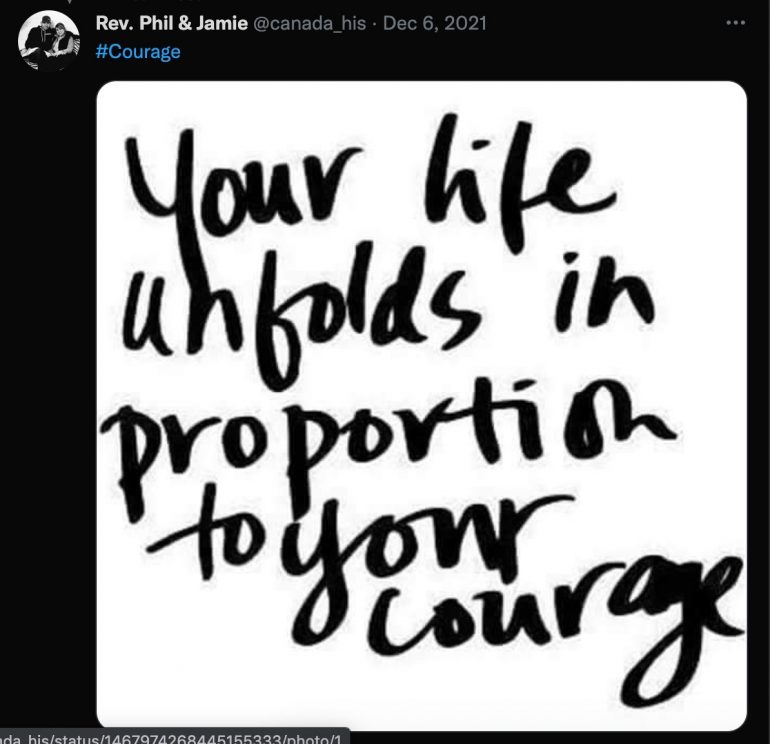 He’s not backing down, and he’s not knuckling under. 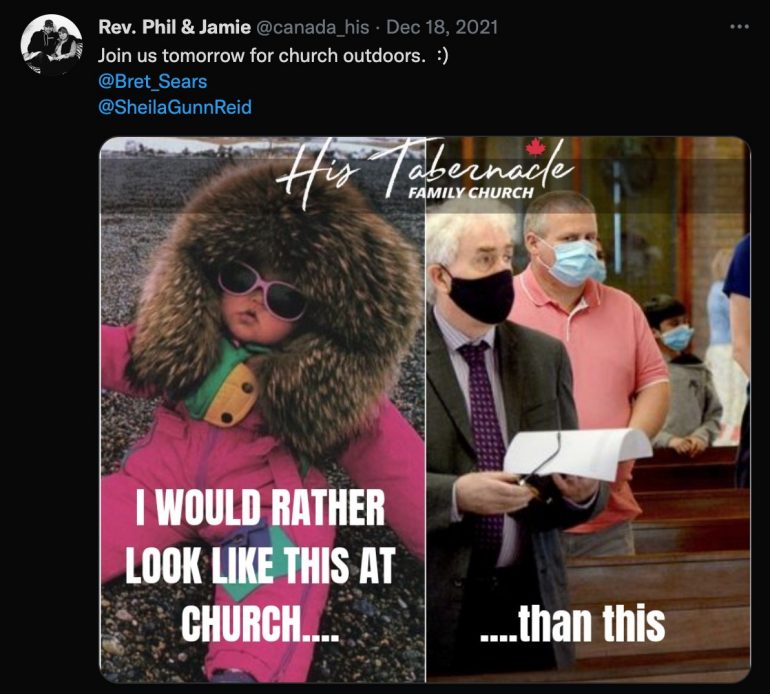 They’re doing outdoor, drive-through services so the COVID Gestapo can’t harass them too much.

Even that wasn’t enough to keep them from looking for a reason to write him up. Here’s what they found. 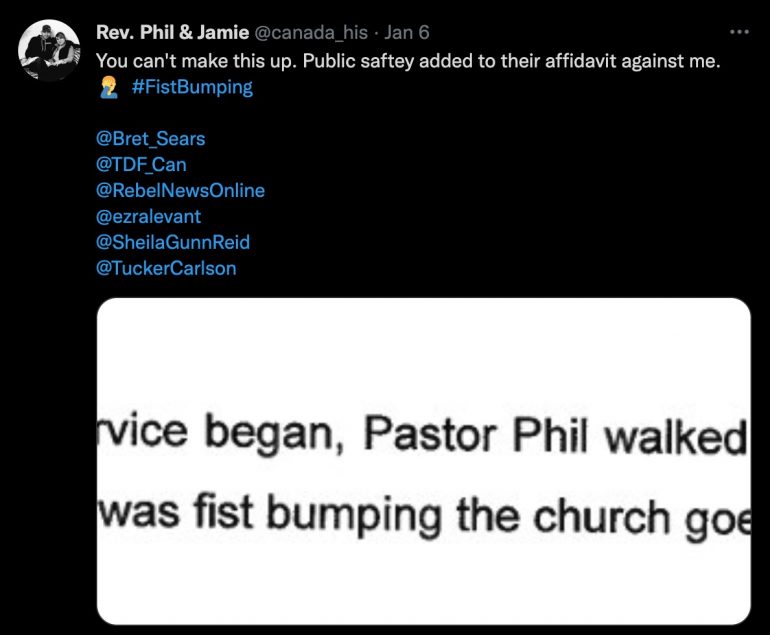 Here’s a better look at what that quoted section says:

Great job guys. The police there don’t have any actual crimes needing their attention, obviously, that they need to trample Canadian Charter rights underfoot, instead.

Stay strong Pastor Phil. You are one in a long tradition of courageous pastors down through history and around the planet who have done exactly that.

If he’s looking for something to sing, one of these psalms might be just the thing.