The rapid adoption of the “woke” neo-Marxist narrative of oppressor vs. oppressed hierarchy in all things based on race continues apace.

It’s now being pushed by the Anti-Defamation League.

Of course, we shouldn’t be surprised since the ADL has consistently pushed for more progressive views often at odds with its founding mission of calling out antisemitism.

The ADL has decided to side with the nutters who say that it’s impossible to be racist against white people. They’ve done that by literally redefining the word “racism” on their website.

Most people were taught that racism is the belief that some races are better than others, and the discrimination or unfair treatment of others based on their race.

The Cambridge American dictionary defines it this way:

But the ADL’s updated definition is vastly different because it defines who the target of racism can be. SPOILER ALERT: not white people.

ADL’s new definition defines racism on the page titled, “What Is Racism?” is this:

Racism: The marginalization and/or oppression of people of color based on a socially constructed racial hierarchy that privileges white people.

So, according to the Anti-Defamation League, the only group of people who cannot be the target of racism is… white people.

Let’s just get this straight… according to the ADL, only white people are capable of being racist… and that statement apparently isn’t racist despite its overt bigotry.

Gee, where have we heard stuff like this before?

LMAO: Woke Bros And Bigots Have More In Common Than You’d Think! (VIDEO)

Conveniently, on the same page, the ADL noted that they’ve also decided to retcon — er, update a couple of other related terms.

The ADL says that race is a construct that was created to categorize people for political and social reasons.

The ADL has decided to agree with the social justice leftists that race is both completely made up and is also the primary way to categorize individuals.

It’s time to put down the books written by Ibram Henry Rogers aka. Ibram X. Kendi.

Also, the ADL says that “systemic racism” is a thing that advantages white people exclusively and, seems to be uniquely associated with white people as a group. 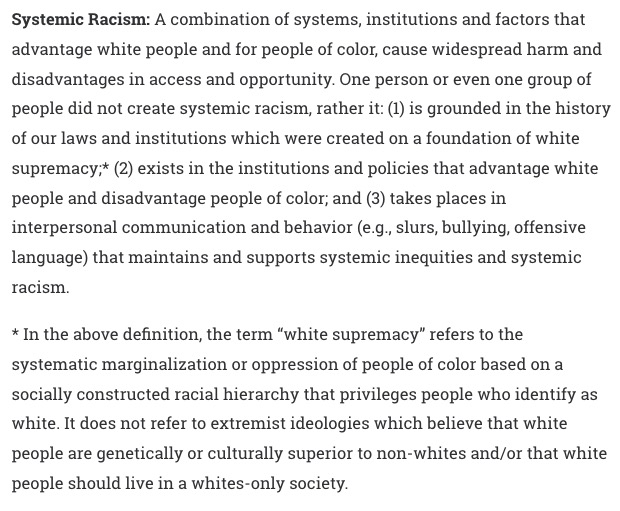 According to this definition, what the Chinese Communist Party is doing in Xinjiang to the Uyghurs is not “systemic racism” despite treating the Han Chinese and the Uyghurs in the region very, very differently.

So, what do we take from this little incident of the ADL beclowning itself? A few things.