Justin sure stepped in it this time.

Like Pelosi & Co, Justin hardly misses an opportunity to wrap himself in the flag and pretend like he is the great defender of Democracy against those evil sons-of-guns on the political right. You know all the slogans and slurs that are invoked without our even saying them.

From Day One, Trudeau set his spin machine on high, whipping up concern about the ‘threat levels’ of the Trucker Protest with all the usual demonizing rhetoric. He was setting up a justification for bare-knuckle thuggery that was to come.

None of that went unnoticed by China. 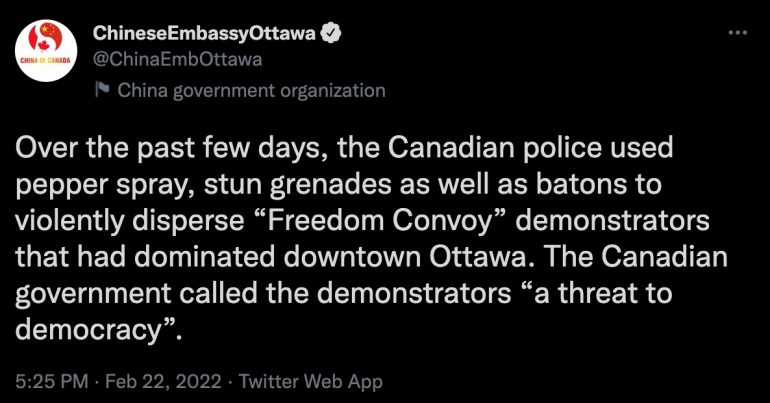 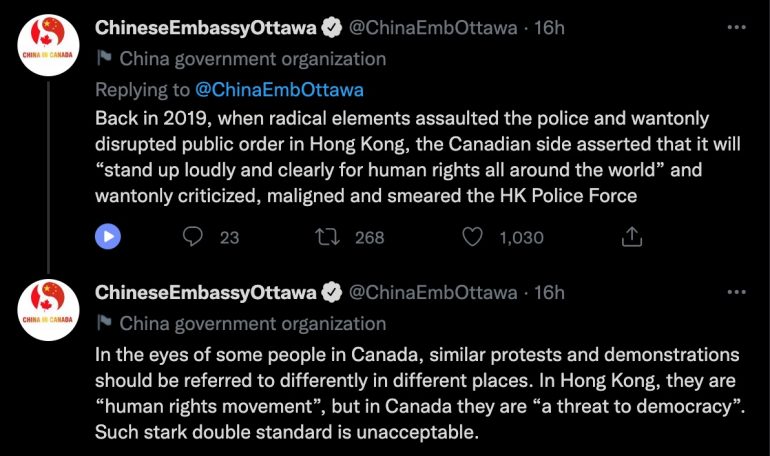 As you might expect from a CCP sockpuppet like the Chinese Embassy, they took exactly the wrong lesson from obvious similarities in the behavior of Trudeau and Xi.

China agreed to govern Hong Kong under the principle of “one country, two systems”, where the city would enjoy “a high degree of autonomy, except in foreign and defence affairs” for the next 50 years.

Hong Kong became a Special Administrative Region. This means it has:

The territory has its own mini-constitution to enshrine these special rights.

Enshrined rights that were casually dismissed and revoked at the whim of a tyrant… the very same mistake Justin made.

In case the CCP missed the memo, here’s a reason Justin’s thuggery was denounced by nations around the world, and that ‘Blackface Hitler’ was trending globally.

When Trudeau’s overreach is successfully challenged in court as being a breach of Constitutional norms, these CCP tweets will only serve to remind us that dictators — wherever they are found — use force to compel citizens to act against their will and personal interests because they lack the ability to persuade them to do so without compulsion.

We followed China’s abuse of Hong Kong pretty closely. You can browse our related stories here. Here are three that are relevant to the subject at hand.