The Prime Minister of Canada is getting mocked again and this time it has nothing to do with the many, many times he wore blackface.

This time it’s about invoking the Emergency Act to quell a protest that his policies triggered.

It’s a shocking overreach that would give Trudeau unprecedented powers outside of the normal democratic process for 30 days. He swears that he won’t abuse his authority, but color me skeptical.

The Deputy Prime Minister, Chrystia Freeland — whose grandfather was a Nazi collaborator –said that banks can freeze the accounts of people donating to truckers without a warrant and that crowdfunding and cryptocurrency trading platforms must register with the government and report all “suspicious” transactions. That sounds just a wee bit authoritarian.

That’s when the memes were launched.

One user thought that he wasn’t so much a dictator as an angry clown.

He is an angry clown. pic.twitter.com/31GtahaEeX

Twitter user @Brave_Stunning tweeted a meme from The Office. 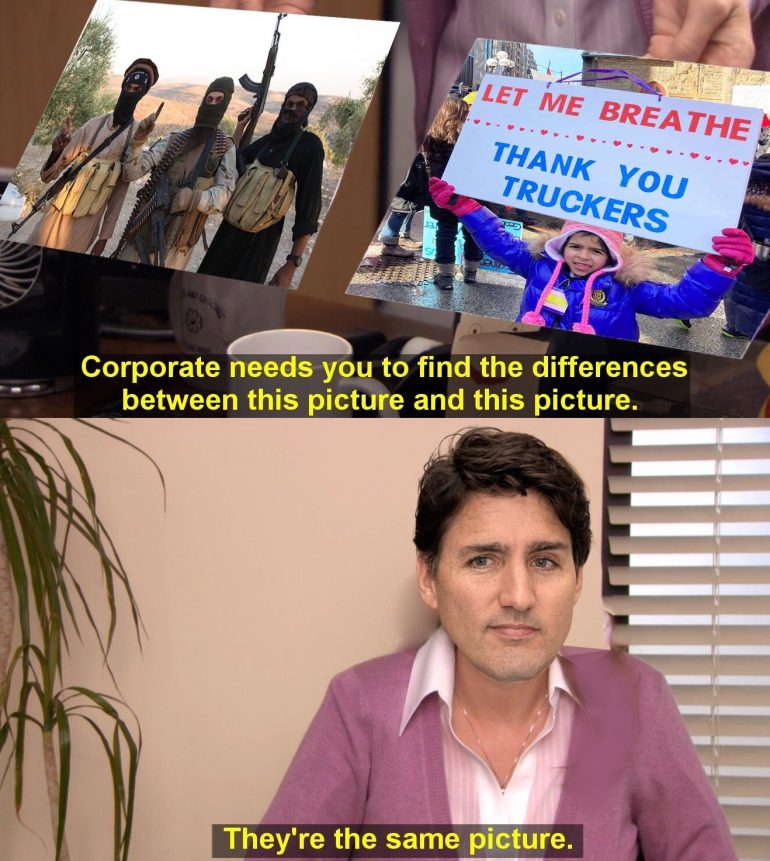 Some memes noted that this happened on Valentine’s Day. 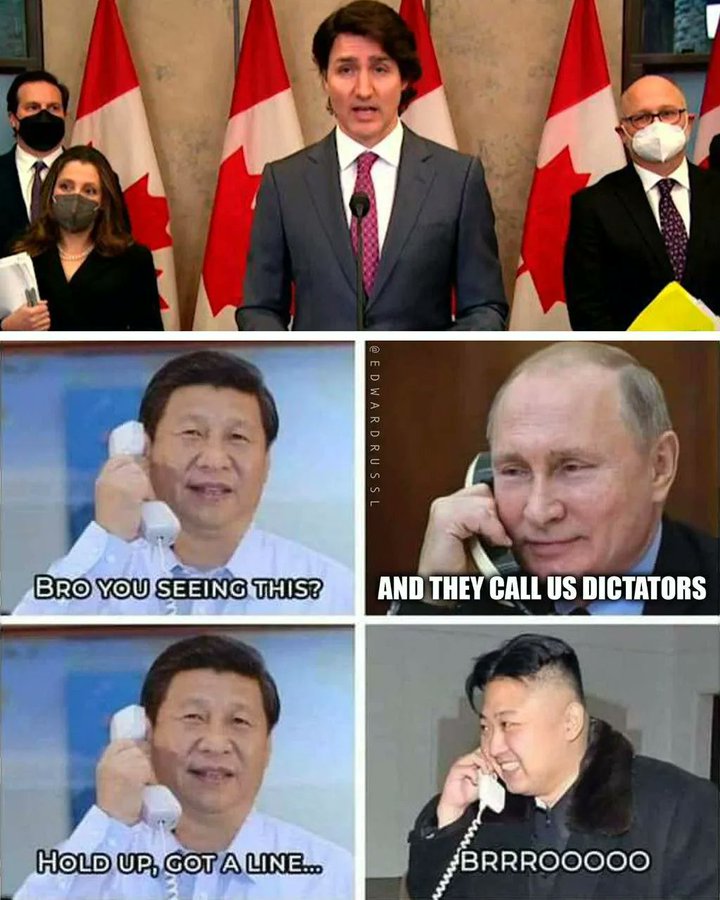 Twitter user @Davar_echad posted this photoshop of Trudeau as Hitler. 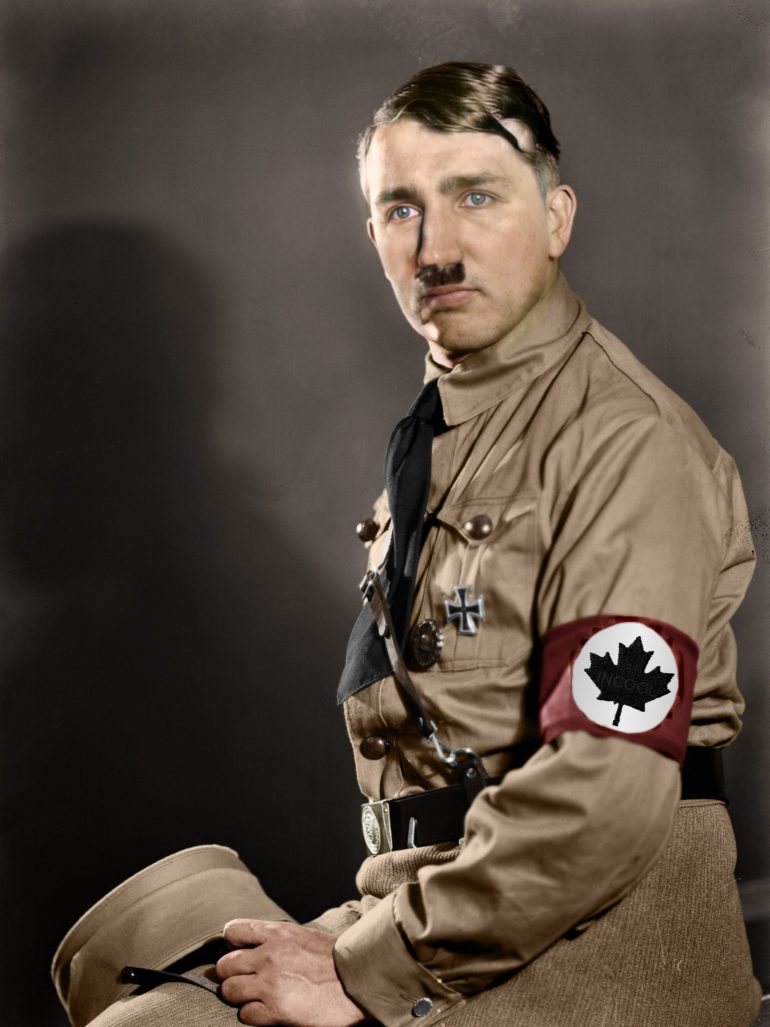 In an amusing twist of events, it turns out that February 15 is Flag Day in Canada.

For a little more than three weeks, the Canadian flag has been a symbol of freedom and taking a stand in opposition to government overreach. Truckers and everyday Canadians fed up with some of the most restrictive COVID measures taken in the entire world were flying the flag with pride. The Maple Leaf is even being used in protests around the world against COVID mandates just as the Stars and Stripes are flown in pro-democracy protests in places like Hong Kong and Cuba.

The Prime Minister of Canada — who just invoked a law intended to be reserved for national emergencies in order to quell a protest that he instigated through forcing a vaccine on “essential workers” — is now tweeting about the “unity” of the flag.

Trudeau wrote, “In communities across the country and at Canada’s diplomatic missions around the world, the Maple Leaf is a symbol of the shared values that unite us as Canadians. Today, we celebrate our national flag ­­– happy Flag Day! ??”

He’s now getting mocked in the replies.

You are the #1 enemy of Canadian’s freedom.

One Nation under Equity. pic.twitter.com/bWhrpDY1vu

Of course, a reference to the 3 (or more) times Trudeau put on blackface did show up in a meme.

You should know that when churches were burning all over in Canada this past summer over an alleged “genocide” of Indigenous children at residential schools, (the issue is quite complicated, actually,) Trudeau ordered all Canadian flags be flown at half-mast.

To honour the 215 children whose lives were taken at the former Kamloops residential school and all Indigenous children who never made it home, the survivors, and their families, I have asked that the Peace Tower flag and flags on all federal buildings be flown at half-mast.

As people across the country continue to honour the Indigenous children whose lives were taken far too soon, and as we reflect on the tragedy of residential schools, I have asked that the flag on the Peace Tower remain at half-mast for Canada Day.

He left the flag flying at half-mast for 6 months until public outcry made him raise it.

This is what Canadians learned over the summer — that the government will not retract the asinine left-wing agenda that Canadians don’t agree with unless you get very LOUD. That’s what the truckers did, and Trudeau’s reaction is to behave like a dictator.

He deserves every single bit of mockery.