By now, you’ve heard about the landmine Whoopi Goldberg stepped on, suggesting that the systematic murder of 6 million Jews was somehow ‘not about race’.

We covered that story, and her woeful attempt at backpedaling here, if you need to get up to speed: WATCH: Whoopi Does Damage Control On Colbert After Saying ‘The Holocaust Wasn’t About Race’

That article also highlighted her non-apology-apology, which will give context for what follows next.

Unlike so many other outrageous statements, this one was especially indefensible, and network execs made the judgment call that the public outrage required a sufficiently solemn show of contrition.

What did they come up with? Two weeks’ of vacation for Whoopi while the issue blows over.

Whoopi Goldberg has been suspended by ABC’s The View.

The daytime panel show co-host will be off the program for two weeks after making controversial comments Monday about the Jewish people and the Holocaust in response to a local school board banning the graphic novel Maus.

“Effective immediately, I am suspending Whoopi Goldberg for two weeks for her wrong and hurtful comments,” Godwin said. “While Whoopi has apologized, I’ve asked her to take time to reflect and learn about the impact of her comments. The entire ABC News organization stands in solidarity with our Jewish colleagues, friends, family and communities.” —Hollywood Reporter

Does the punishment fit the crime? To answer that question, you’d have to consult precedent.

Joy Behar admitted to wearing blackface for Halloween in the past, and faced no consequences from the View. But over on NBC, Megyn Kelly lost her job for even suggesting that [the exact thing Joy admitted to doing] might be ‘OK’ if it involved dressing up as someone you admired, and meant no disrespect.

“‘Megyn Kelly Today’ is not returning,” according to an NBC statement. “Next week, the 9 a.m. hour will be hosted by other TODAY co-anchors.”

During her 9 a.m. hour of the Today show Tuesday, Kelly claimed that blackface was acceptable in the context of Halloween costumes, saying it was “OK when I was a kid as long as you were dressing like a character.” The backlash was swift and even drew criticism from longtime Today co-host Al Roker, who said, “While she apologized to the staff, she owes a bigger apology to folks of color around the country because this is a history going back to the 1830s.” —RollingStone

Just from that juxtaposition, you can expect that ABC’s bar of integrity should be pretty low. And they do not disappoint that expectation.

Remember when ABC leaned into bipartisanship and gave Roseanne a reboot, playing characters with exaggerated Red v. Blue political differences off against each other? It was a smash hit, getting support from across the spectrum because it was ‘fair’ in that it took swipes at everybody.

That all ended when Roseanne made a mean tweet mocking the bad haircut of someone from Obama’s inner circle. Offending the Annointed One like that is definitely a no-no. The PC gods demanded a sacrifice. Not only was Roseanne’s show nuked (and later re-started with her character killed off), but the original Roseanne Show was pulled from syndication as both punishment and penance.

Breaking: Roseanne’s Show Gets Cancelled Because Of An Offensive Tweet

(Predictably, the show went nowhere after that.)

And do you remember Jeffrey Epstein? ABC had everything they needed to nail him to the wall — and maybe even bring down some powerful people in the process. What did ABC do? They protected Epstein and spiked the story… presumably letting Epstein continue to abuse young girls.

The story only came out after Epstein was arrested, dead, and buried.

Was anyone fired for that? You bet. They fired the whistleblower — even after they went to a rival network. ‘It Stayed In The System’ — Was The Wrong Employee Fired For Leaking Robach’s ‘Hot Mic’ Epstein Rant?

When they learned they had the wrong person fired, did they take a long hard look in the mirror? Of course not! ABC Continues Hunt For Amy Robach ‘Leaker’ After Getting Young Woman Fired From CBS

What kind of feedback has Whoopi’s two-week vacation gotten them? Aside from the die-hards who would find a reason to applaud leftists even if they threw a live baby into a bonfire, it didn’t get the reaction they had hoped for. 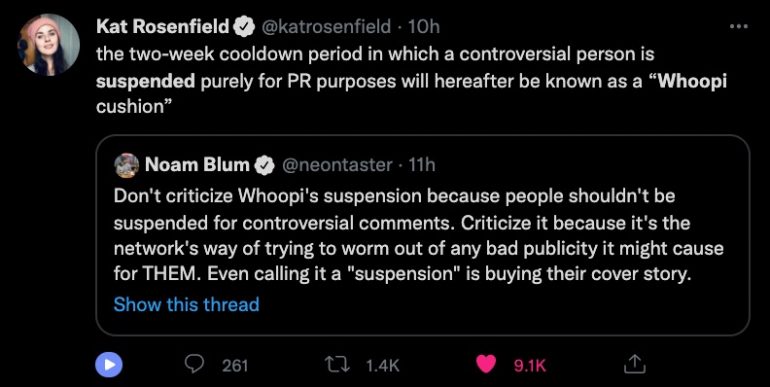 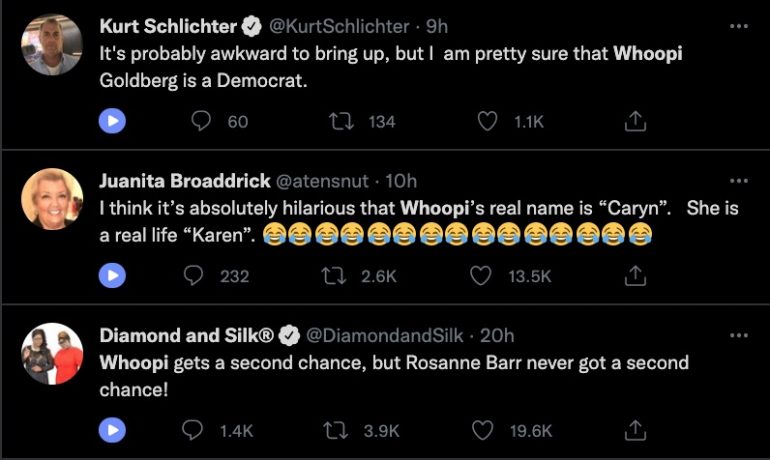 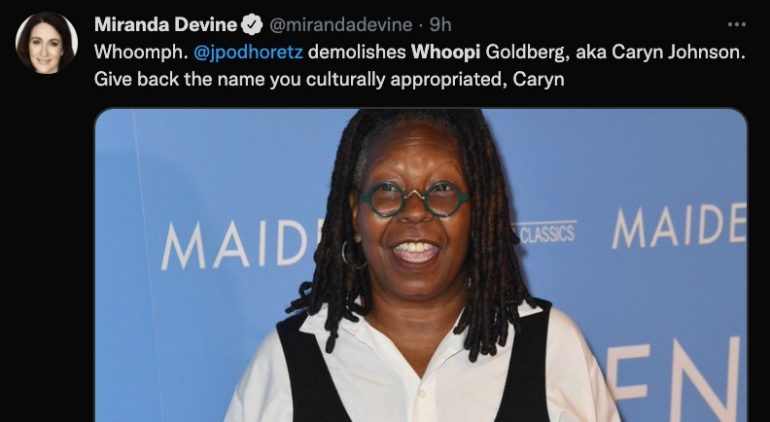 There’s even some collateral damage to the other networks.

ABC suspended Whoopi Goldberg for much less than this! ? https://t.co/bcRqiDdsQp