If Big Tech thought they had the last laugh in wiping POTUS45 off of social media forever, then they vastly underestimated Trump.

He’s back, and Big Tech had better look over their shoulder because the roles are now reversed and the hunter has become the hunted.

It’s blue bird season. No, not the songbird.

Trump’s calling open season on the hellsite that’s been hard at work silencing anyone who disagrees with the Biden White House and their official narratives. He’s coming for them and there’s nothing they can do about it.

A new NFT has been released to celebrate the occasion.

Below is a watermarked version of the image being bid on: 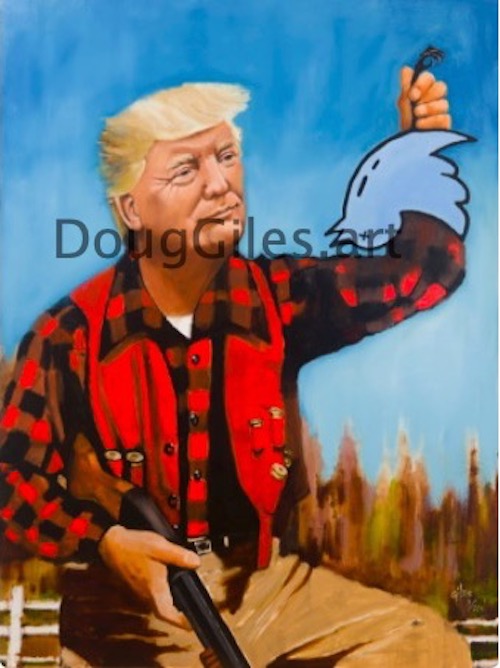 Want to have it for yourself? You can!