Any way you look at the warning Pelosi just gave to Olympic athletes headed to Beijing’s Genocide Games, it comes out bad for Democrats.

Let’s examine her warning before we cut it to ribbons.

Nancy Pelosi tells U.S. Olympic athletes not to "speak out" against the Chinese Communist Party in Beijing lest they risk "incurring the anger" of the Chinese government. pic.twitter.com/kzwSYdMJyM

First, she just stated that we are sending our athletes into a dangerous situation where their personal safety and security be entirely at the mercy of a ‘ruthless’ regime.

Mercy of a ruthless regime.

Hmmm… Can she explain her party’s decision to stage a ‘diplomatic’ boycott of the Olympics while participating in the event itself? That decision takes a handful of ‘VIP’ dignitaries out of harm’s way while letting our athletes face serious credible risks? And for what? To let Xi showcase his country on the world stage the way Hitler did in 1936, or Putin did shortly before invading Crimea.

Did Democrats breathe even a word when China deposed Hong Kong’s democratically elected government and started arresting the previous year’s protesters? Of course not. Remember that the next time they claim the mantle of Great Defenders of Democracy.

Second, she says ‘you’re there to compete.’ She is telling athletes to focus their attention on the competition, not on politicking.

‘Focus on athletics’, huh? Where was that speech when a sports event literally established as a forum to set aside our political disputes was hijacked as an opportunity for Anti-American grandstanding? How ‘American’ is it that expressions of free speech should be condemned by an elected politician speaking in her formal capacity as third-in-line to the Presidency. 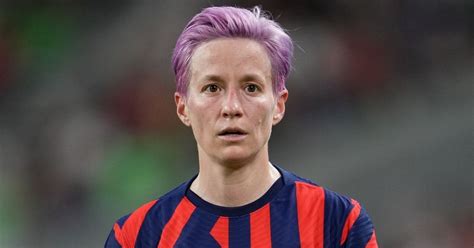 Schumer, House Speaker Nancy Pelosi and others in Congress invited the team to visit. Rapinoe said Tuesday on CNN that she had accepted invitations from New York Rep. Alexandria Ocasio-Cortez, Pelosi and Schumer to go to Washington. –Yahoo

Third, Pelosi has taken no credible steps to oppose this ‘ruthless’ regime, either in their influence globally or in their reach into America. If anything, her party’s green policies, hesitancy to invest in modernizing our military (especially shipbuilding) and profligate deficit spending on partisan domestic agendas are giving China ever-increasing leverage over America.

An elected member of her own damned party has been credibly connected to a Chines ‘honeypot’ (Fang Fang), and yet this same compromised Democrat retains the highest security clearances and sits on the Intel Committee. Pelosi is too busy consolidating political power and harassing political enemies (emulating the bare-knuckle politics of Xi, one might say) to care about any self-evident corruption in her own party.

Finally, this warning, by itself, smashes her party’s preferred ‘America is Evil’ narrative to smithereens.

In the Summer of BLM, athletes from all across America used the occasion of George Floyd’s death to denounce, among other things, systemic racism against, and murder of, black people in America.

Pelosi joined in on that ritual denunciation by taking a knee. Unfortunately for her, the history of the Kente cloth she wore for that pandering was perfectly on-brand for the party that both defended slavery and established the KKK. LMAO: Fact-Checker Confirms Kente Cloths Worn By Pandering Dems Were Historically Worn By Slave Traders

Chauvin was, eventually, convicted of murder. Which somewhat undercuts that ‘systematic racism’ allegation against America. But even the prosecution never portrayed Chauvin’s acts as being motivated by racism per se.

By the very warning she gave about speaking against China, Pelosi just admitted that America is both freer than China and less evil than China.

The worst Trump would ever do to his critics would be snub them, mock them, or hit them with a mean tweet.

Meanwhile, ask the 2 Canadians arrested and held as political bargaining chips for years what happens if you defy Xi? If you haven’t heard, they were arrested in reprisal for Canada arresting a Chinese executive from Huawei for her role in violating international sanctions.

Do you really suppose Xi would be above making a move on Taiwan (which he has been openly promising to do sooner rather than later) at the close of the games while he has foreign citizens from around the world trapped behind his borders? Has

Let’s recap, shall we?

– Leading Democrats are letting athletes go into a situation in China that even they consider dangerous.
– She says athletes are ‘there to compete’.
– She doesn’t care about China’s ‘ruthlessness’ enough to take any concrete action — Democrats even blocked a Republican bill Prohibiting imports made with Chinese Slave labor
– America isn’t as evil as they thought.

Why would Democrats block a bill like that? They probably thought about which of their corporate donors and allies it would hurt the most and decided (just like the part-owner of the Golden State Warriors) ‘ nobody cares’ about Uyghur lives. It’s all about the bottom line.

When faced with the choice between profiting from genocide, and the lives of actual oppressed minorities — these leftists chose to side with Nike. (‘83 brands with supply chains connected to Uyghur labor, including Nike and Apple‘)

Hey, Kaepernick, THIS campaign of yours aged like milk, didn’t it? 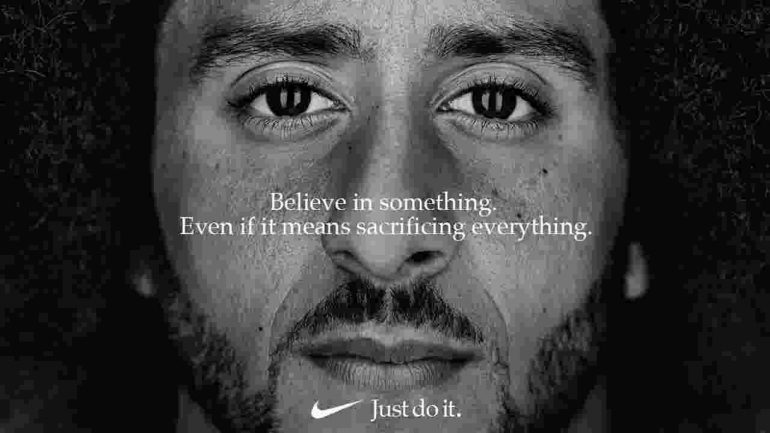 Do you suppose he will be donating those millions of Nike ‘slave dollars’ to some worthy cause? Of course not. He doesn’t believe a word of what he says. And neither did Pelosi, or the rest of the Democrats.